When the Congolese village of Bogoro was attacked by men with machetes and guns, the devastation was total: homes were pillaged, farms were destroyed, crops were ruined, and an estimated 200 villagers were massacred.

Now, for the first time in its history, the International Criminal Court [ICC] has awarded compensation to the victims in a war-crimes case. The landmark ruling has broadened the court's reach, taking it beyond traditional punishment and into the realm of restorative justice, potentially creating a crucial new source of political support for the controversial court.

With some of the Congolese victims watching from thousands of kilometres away on a video link, the international court in The Hague ruled on Friday that a Congolese warlord is personally liable for $1-million (U.S.) in reparations to nearly 300 victims.

In total, the court calculated that the survivors had suffered $3.75-million in damages and psychological harm. Of this amount, it found that militia leader Germain Katanga is personally responsible for $1-million in damages.

Mr. Katanga, convicted of war crimes in 2014 for supplying the weapons and commanding the militia that led the assault on Bogoro in 2003, is in prison in the Democratic Republic of the Congo [DRC] on other criminal charges and is considered penniless.

Because the perpetrator has no money, the compensation will instead be provided by the Trust Fund for Victims, an independent body established under the court's founding rules and financed by voluntary contributions from the court's member states. There is $5-million in the fund, although $1-million has reportedly been set aside for another case.

The court decided that 297 villagers had proven that they were victims of the attack. Each will receive $250 in symbolic reparations, but they will also become beneficiaries of a larger fund of collective reparations to pay for long-term projects in housing, education, psychological support and income-generating activities.

The court ruled that Mr. Katanga should continue to be monitored to see if he remains indigent and unable to pay damages.

The symbolic $250 payment could help the villagers buy farming tools or other materials to improve their lives, the court said. "This symbolic amount, while not intended to compensate for the entirety of the harm, does provide meaningful relief to the victims for the harm they have suffered," the court said.

Amnesty International said the decision is an important step towards addressing the "horrific suffering" of Mr. Katanga's victims.

"Providing full and effective reparation will help the victims of these war crimes and crimes against humanity to rebuild their lives," said a statement by Amnesty's senior legal advisor, Solomon Sacco.

"But we must not forget that there are hundreds of thousands of other victims of similar crimes in the DRC, and whom the ICC will not be able to assist. Today's decision should be a catalyst to end this impunity."

The court asked the Trust Fund for Victims to present a plan by June 27 for the compensation projects that the fund will develop to help the victims.

Mr. Katanga watched the proceedings from a video link at Makala prison in Kinshasa, the Congolese capital. Several representatives of the victims watched a video link from the city of Bunia in Ituri province, the gold-rich region where Bogoro is located, and larger meetings will be held in the region to explain the ruling to the victims.

By demonstrating its concern for victims and providing compensation to survivors, the International Criminal Court could be better equipped to fend off the growing criticism of its political biases and blind spots.

The court has been under frequent attack by many African politicians who accuse the court of being biased against Africans. So far, the court has convicted only Africans in its war-crimes prosecutions, and the court is unable to prosecute anyone in the United States or other non-member states. But the ICC's defenders have noted that most of its trials were a result of cases submitted by African governments themselves. 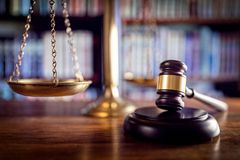 Gambia will reverse its ICC withdrawal, EU official says
February 9, 2017
Follow Geoffrey York on Twitter @geoffreyyork
Report an error Editorial code of conduct
Due to technical reasons, we have temporarily removed commenting from our articles. We hope to have this fixed soon. Thank you for your patience. If you are looking to give feedback on our new site, please send it along to feedback@globeandmail.com. If you want to write a letter to the editor, please forward to letters@globeandmail.com.
Comments