Mexico's newly-appointed ambassador to Canada used uncharacteristically blunt language to express his frustration over Ottawa's new visa requirement for Mexicans. Ambassador Francisco Suarez told a reporter that Mexico is "really mad" about Canada's apparent inability or unwillingness to resolve this irritant in what is otherwise a mutually productive and close relationship.

Mr. Suarez is right to feel irked. Mexico is one of Canada's most important trading partners and an important destination for investment dollars and tourists. Mexico is also a North American free-trade agreement partner which has just introduced key energy reforms; it is also a strategic hemispheric ally. And yet, it can be very difficult for Mexicans to come to Canada. So much so that some prominent business executives, tourists and international students give up and cancel their trips altogether. Is this really in the best interests of Canada?

It is time for the Harper government, under newly-appointed Immigration Minister Chris Alexander, to take another look at the visa issue, and see whether the onerous requirements can be streamlined, or better yet, the visa eliminated altogether. Is there really any justification for the requirement that applicants submit vehicle registration documents, old passports, and even the date of their parents' deaths? A single-entry visa for a family costs $400.

Mr. Suarez said that Mexicans have an easier time getting visas to enter the United States, which has legitimate border issues and a serious problem with undocumented migrants that Canada does not.

Canada first introduced a visa in 2009 as a result of a spike in the number of refugee claims from Mexico. This influx of asylum seekers was difficult for the overburdened system to manage, and the Immigration and Refugee Board rejected the vast majority of the cases. It was clear that Canada had become a magnet for abuse.

But fast forward to today, and the number of refugee claims from Mexico has dramatically dropped. It stood at 321 in 2012, compared with about 8,000 in 2009, when Mexico was the number one source country (a spot now occupied by Hungary). Of course, this is no doubt in part a result of the visa imposition. However, there are many other circumstances at play and several factors have changed in the last four years.

Most importantly, Jason Kenney, the former immigration minister, implemented extensive reforms to the refugee determination process, addressing long-standing problems. Wait times for hearings are shorter, the removals process is faster, and appeals are more limited (some would say too limited). Biometric identification, such as fingerprints and photos, for people who apply for visas, can now be used. While no system is ever perfect, it is certainly more rigorous and efficient than it used to be.

There is a precedent for removing visa requirements as conditions and political circumstances shift. In 2008, Canada lifted the visa imposition on visitors from Poland, Slovakia, Lithuania and Hungary. Sergio Karas, a Toronto immigration lawyer, points out that Ottawa could consider an alternative system for applicants under NAFTA, and suggests they be visa-exempt.

To Mexico's credit, it has not retaliated with a visa for Canadians (many other Latin American countries already require one), no doubt due to the negative impact it would have on tourism. But the Harper government should not underestimate the resentment Mexicans, especially those from the business, academic and political world, feel. The issue, according to Mr. Suarez, could prove to be a potential obstacle to President Enrique Pena Nieto's visit to Canada next year. That would be a shame.

Ottawa should show some flexibility on this issue. Immigration Minister Alexander told a visiting delegation of Mexican MPs last week that Canada continues to explore all options. "We want to reassure Mexican citizens that they continue to be welcomed and are encouraged to visit and experience Canada," a spokesman for Citizenship and Immigration Canada said Monday.

These are hopeful words. This is an opportunity for Canada to give its NAFTA partner something to celebrate in 2014, the year that marks the 20th anniversary of the free-trade agreement, as well as the 70th anniversary of bilateral relations. Let's not waste it.

Marina Jimenez is President of the Canadian Council for the Americas. 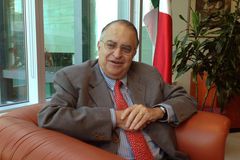 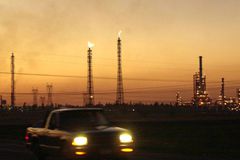