As you read this, the Canadian government is violating the rights of Omar Khadr.

In a ruling last Friday, the Supreme Court of Canada declared unanimously that the Canadian government is violating Mr. Khadr's right to life, liberty and security under the Charter of Rights and Freedoms. The court denounced the use of torture in the form of sleep deprivation by U.S. authorities against Mr. Khadr when he was 15 years old in order to soften him up for interrogations conducted by Canadian authorities. It found that the rights violation continues because information obtained during illegal interrogations in 2003 and 2004 can still be used against Mr. Khadr in U.S. proceedings.

The court declared unequivocally that Canada breached "the most basic Canadian standards about the treatment of detained youth suspects" and that those breaches remain ongoing until the government provides a remedy. The court acknowledged that a request for repatriation would be a logical remedy that could vindicate Mr. Khadr's rights, but declined to order the government to make the request.

Does this mean that Prime Minister Stephen Harper has won the court's permission to continue to do nothing? The answer is no.

The court declined to exercise its authority to grant the remedy out of concern about the incomplete record before it, and the limits of the judiciary's institutional competence to direct the executive in foreign relations. Reasonable people may disagree about the wisdom of this deference, but it should not be misunderstood as permission for the Prime Minister to ignore the court's declaration. The court is giving Mr. Harper a chance to do the right thing, not absolving him from accountability.

The Canadian government must issue a remedy when the highest court in the land rules it has violated someone's rights. The court states its expectation that the declaration will provide a "legal framework for the executive to exercise its functions and to consider what actions to take in respect of Mr. Khadr, in conformity with the Charter." The court has effectively ruled that doing nothing does not conform to the Charter: The government has a legal obligation to act. What if it fails to act, or acts in bad faith?

In declining to mandate the executive to take specific steps, the court indicated that the "prudent course at this point" was to give the executive the opportunity to formulate a remedy that fulfills its Charter obligations. However, if the government spurns the opportunity, we may arrive at a different point. A declaration, once issued by a court, is always open to enforcement. Should the violation of Mr. Khadr's rights go unremedied, the Canadian government will continue to be in violation of the law. It will remain open for Mr. Khadr's lawyers to return to court at a later date and renew a request for a remedy on the grounds that the circumstances animating the court's deference have changed, and judicial deference is no longer warranted.

Respect for the rule of law would lead the Prime Minister to do what Britain, Australia, France, Germany, Belgium and other states have already successfully done. The Prime Minister should request the United States to repatriate Mr. Khadr under conditions that reassure the U.S. President and the Canadian public that Mr. Khadr will be treated justly in Canada. Indeed, proposals about how to create those conditions have already been submitted by counsel for Mr. Khadr and others before a parliamentary subcommittee.

The integrity of our parliamentary democracy depends on all state institutions - Parliament, executive and judiciary - acting within and according to the law. Regardless of one's views about Mr. Khadr, all Canadians have a deep interest in a government that abides by the rule of law. That message must be communicated to the Prime Minister, because in our parliamentary system, neither he nor his government can flout the law. 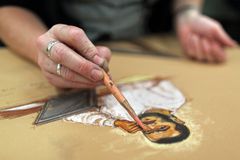