Last month, the International Football Association Board (the rule-making body of international soccer) unanimously recommended rescinding a hijab ban first introduced by the Fédération Internationale de Football Association (the governing body of international soccer) in 2007. The decision allows Muslim female soccer players to test specially designed head scarves for the next three months, as a lead-up to FIFA's annual meeting in July, when the ban is expected to be officially overturned.

This rule had resulted in the banning of individual female players in FIFA-sanctioned games – including the forfeit of an Olympic qualifying match by the Iranian women's team. Some (the Quebec Soccer Federation, for instance) used the FIFA edict as a pretext to ban the hijab from the soccer field for non-FIFA events.

The ban reversal followed intense lobbying by Jordan's Prince Ali bin al-Hussein, a FIFA vice-president, who sought to allay safety concerns by working with Cindy van den Bremen, a Dutch designer of sports-safe hijabs, for a dozen years. Montrealer Elham Seyed Javad (who created a hijab for female martial arts athletes in 2008) has also submitted a design for consideration by FIFA. Muslim women, for whom soccer is a passion, welcomed the IFAB decision. After all, the "beautiful game" is the most universal of sports, encompassing cultures and nations.

Those who fought to have FIFA include hijab-clad players should also lobby Saudi Arabia to allow women to be part of its Olympic national team. Last week, the Saudis confirmed their opposition to sending Saudi women to the London Games. This, despite the Olympic Charter: "Any form of discrimination with regard to a country or a person on grounds of race, religion, politics, sex or otherwise is incompatible with belonging to the Olympic Movement."

According to Human Rights Watch, the conservative kingdom has never provided physical education for girls in state schools. In 2009 and 2010, it banned private gyms for women – resulting in a protest movement under the banner "Let her get fat." While "health clubs" are now allowed for women, they are few in number and inaccessible to many because of the high fees. The lack of sporting opportunities accorded to women is rooted in the view that providing such avenues are "steps of the devil," according to one prominent religious scholar.

Human Rights Watch has called for the International Olympic Committee to ban Saudi Arabia from the 2012 Games for gender discrimination, citing precedent. In 2000, Afghanistan was banned due to the Taliban-led government policy of forbidding the participation of women. South Africa was banished from the Olympics from 1964 to 1992 for its apartheid policies.

Gender discrimination is non-negotiable. The IOC must require the Saudis to comply with the Olympic Charter, or ban the kingdom from further participation.

Let's not forget that gender apartheid is alive and well at one of the most prestigious sporting events in America. The Augusta National Golf Club, host of the Masters tournament, still bars women from club membership. Even Virginia Rometty, first female CEO of IBM (one of the sponsors of the Masters) was not accorded membership.

This is but one of many hurdles women still face in sports, according to the Women's Sports Foundation (founded in 1974 by Billie Jean King). These include lack of pay equity and management opportunities for women at all levels, and dismal media representation. The latter isn't surprising, given the hyper-sexualization of women in advertising (as chronicled by Jean Kilbourne).

This spills directly over to sports. Whether it's FIFA president Sepp Blatter's advice to female soccer players to wear "tighter shorts" or the meteoric rise of the Lingerie Football League, we still have a way to go before women are respected primarily for their athleticism. One promising sign: This year, female beach volleyball players won't be required to wear bikinis at the London Games; they can opt for long shorts and full sleeves.

Let's continue to encourage girls and women to play sports, provide them with opportunities once reserved for men, and stand firmly against their objectification. 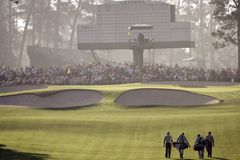 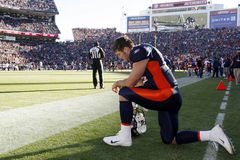 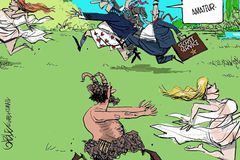