It is perhaps inevitable that after any great tragedy, the opportunists and carpetbaggers will rush in, looking for treasure in the rubble. So it is with the Ashley Madison debacle. In the smoking ruin of so many unions, there are fortunes to be made.

The Toronto-based infidelity website (slogan: "Life is short. Have an affair.") was kicked where it hurt by hackers, who made public millions of users' e-mail addresses, credit-card information and sexual preferences. In the carnage and weeping that followed, chancers saw their opportunity: Arena Flowers offered "10 per cent off apology flowers," and while they didn't stipulate what, precisely, apology flowers are, I can bet they're not the dying chrysanthemums you buy at the gas station at 2 a.m. Though they might be the kind you stuff down someone's throat.

"It's going to be Christmas in September," L.A. divorce lawyer Steve Mindel told Business Insider. The kind of Christmas that kids will be telling their therapists about in 30 years' time, but hey: A holiday is a holiday. Lawyers, private investigators, marriage counsellors, journalists, comedians – everyone's cleaning up in the wake of Hurricane Ashley.

The one thing we don't have, sadly, is an etiquette guide for dealing with the trauma, an Emily Post for the online infidelity age. There is no advice column, no "Dear Scabby" for cheaters and their betrayed spouses. What if your neighbour's name is among the 33 million leaked users? Your minister? Your dad? How can you avoid stepping in the sordid mess in the first place? Here is a brief guide to surviving the scandal – a cheat sheet, if you like.

Should you search for your neighbour's/friend's name in the e-mail dump?

Hmm. Would you break into your neighbour's house and rifle through his underwear drawer? Do you regularly search your friend's recycling box to count the gin bottles? No? There's your answer.

Would HR mind if I spend this meeting looking for hook-ups instead of listening to some boring presentation from accounting?

Yes, they might have an issue with that. An astonishing number of Ashley Madison accounts are associated with work e-mails, including government, university and military addresses. This, it seems to me, is craziness, the equivalent of arranging to meet your pot dealer during your annual performance review. How hard is it to come up a new e-mail address? Call yourself "tommysalami@hotmail.com" and watch the ladies come running. (The hacked e-mail accounts weren't verified by Ashley Madison, so at least some will be dummies; you could of course argue that they're all dummies.)

What should I do if I'm a public figure and my name is uncovered?

Become acquainted with the phrase "plausible deniability" and begin working on your explanation now, or even better, yesterday. An American politician whose name was on the Ashley Madison website claimed it was completely innocent, and that his firm was doing "opposition research." "Doing opposition research" is the new "I was working late and my wedding ring fell down the storm drain." Also try "bikers stole my credit card" and "my fingers slipped on the keyboard, 86 times."

What if I'm a terrible religious/political hypocrite who preaches clean living and moral rectitude while secretly swimming in murky waters?

There is only one thing to do in this situation: Put your brand on that pony and ride it for all it's worth. Don't just be a hypocrite, be "the biggest hypocrite ever," as Josh Duggar, erstwhile television star and upholder of Christian values, declared himself after his name was discovered in the Ashley Madison heap. God believes in redemption, almost as much as reality TV producers.

Does this mean I can never trust my computer to keep my tawdry secrets ever again?

The Internet may resemble Las Vegas in many respects, but what happens there does not stay there. You would be better off trusting your secrets to a toddler, or that girl in university who passed out after one beer.

If I may quote the other great etiquette guide, The Economist: "Perhaps the greatest significance of this episode is that it illustrates, more vividly than ever before, the woeful state of Internet security. It would be wrong to blame technology for human failings, but by removing friction from existing activities – order a cab with Uber, buy a book from Amazon, summon a song via Spotify, find a date on Tinder – it can subtly steer people's behaviour."

In other words, it is both the joy and the curse of the interwebs that they have drastically curtailed our ability to expend effort. The fact that you can order anything to your door – gluten-free cakes and Han Solo posters and booty calls – leaves the impression that things and experiences can be obtained without cost.

The search for pleasure, whether innocent or nefarious, once required you to actually put on pants and leave the house. Not any more. But this promise of consequence-free, hassle-free convenience is a false idol, as millions of people are now learning the hard way.

Is Ashley Madison teaching us a lesson? Only that other people's marriages are unfathomable from the outside, and in a witch hunt, someone always gets burned. 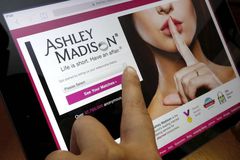