David Gratzer is a psychiatrist at the Scarborough Hospital and a co-lead of the ICBT program; David Goldbloom is a psychiatrist, senior medical adviser at CAMH, and former chair of the Mental Health Commission of Canada.

This week, Prime Minister Justin Trudeau's team is working hard to honour his campaign commitments: from climate to refugees. At the same time, in contrast, roughly half a million Canadians aren't working this week because of mental-health problems and illnesses, by one estimate.

They belong to another team: the one in five Canadians who experience a mental disorder in any given year. What can Prime Minister Trudeau do to help them?

Now is a good time to ask that question. Mental health has gone from a closeted subject to something openly and thoughtfully discussed. The Canadian non-fiction book of the year is the autobiography of an Olympian who describes her struggles with depression. The work of the Mental Health Commission of Canada (MHCC) has sparked a national conversation on Housing First that could help end chronic homelessness. For the first time in our history, every major political party promised action on mental health in the federal campaign.

But the best evidence of a change in climate: the new willingness of people to acknowledge their mental illnesses. One person recently described her experiences when, after much hesitation, she disclosed on her Facebook page for the first time to friends and family that she had a mental disorder. Through tears, she said: "I was moved by the outpouring of support."

Prime Minister Trudeau has promised to invest billions of dollars in mental-health services. It's a step in the right direction for a country that spends just 7 cents of every health dollar on mental health. Let's put that in perspective: Britain, New Zealand and the Netherlands spend 10 to 12 cents. Conservatively, the MHCC recommends that Canada increase its spending to 9 cents (by 2020).

More spending doesn't necessarily yield better results. Indeed, the federal health-care story of the Martin-Harper years is that Ottawa can spend much and get little in return. Increased mental-health funding must be done strategically, perhaps with a designated fund or specifically targeted transfer payments.

But what should be funded to get results? Here's a big idea – or, perhaps, many small ones. Why not focus on the excellent projects already under way? After all, Canada is a country rich in focal innovation.

· At the Centre for Addiction and Mental Health, clearly defined treatment plans – called integrated care pathways – have been developed for people with aggression and agitation in dementia, depression and alcohol dependence, allowing for more evidence-based care. Depression studies show that this approach results in faster and more robust recovery, and possible cost savings.

· Bell Canada managers receive mental-health training, allowing problems to be identified early and addressed; redesigned human-resources programs better accommodate people with these problems. To date, short-term disability cases are down 17 per cent, due to mental illness, with employees away for shorter periods of time and with fewer relapses.

· The Scarborough Hospital offers patients Internet-delivered cognitive behavioural therapy (ICBT), an innovative way of offering a therapy that works as well as medications for mild and moderate depression. ICBT provides access to people who may not be able to attend in-person CBT – think of the busy single mother or the elderly man with chronic pain. Early results rival traditional CBT.

But while these projects from the public, private and not-for-profit sectors are creative, they are also isolated. In Canada, mental-health projects are often started but rarely expanded, failing to gain recognition nationally. Consider that Finland and Vietnam have transferred Strongest Families Institute initiatives, but the majority of provinces haven't.

But scaling up can yield extraordinary results. The U.K.'s Improved Access to Psychological Therapies (IAPT) started with two sites; today, it helps more than 500,000 people a year receive evidence-based therapy that is publicly funded through the National Health Service. IAPT has helped move enough people off government support to pay for itself.

Our proposal: Identify innovative, evidence-based projects and, with federal funding, scale them up. After all, people with mental illness aren't British Columbians or Manitobans or Quebeckers – they are Canadians, and they are in need. 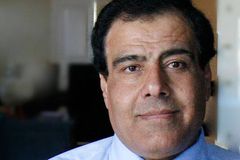