The first time I encountered Canadian-Iranian anthropologist Homa Hoodfar was during a small, intimate talk she gave to students at Carleton University.

It was the late 1990s, and she was there to discuss her then-recent book, Between Marriage and the Market: Intimate Politics and Survival in Cairo.

For a young woman who was raised in Canada, but who visited her parent's homeland of Egypt frequently, Ms. Hoodfar's findings were nonetheless revelatory. Even while I had seen firsthand the full agency of my Muslim relatives in Egypt, I couldn't shake the stereotypes prevalent even then of Muslim women in general as docile, passive actors.

Ms. Hoodfar's anthropological research in Egyptian villages shattered those stereotypes, opening doors to experiences in which women were frequently making deliberate decisions about their and their family's lives, that often covertly co-opted male control. Her research highlighted how women worked effectively within conservative communities, to take positions of authority within the home.

In other words, Ms. Hoodfar, a professor of anthropology at Concordia University, turned misconceptions and assumptions about Muslim women on their head.

So the news of her current imprisonment in Iran struck me as not only unjust, but deeply ironic. Ms. Hoodfar's important work has helped further understanding of Muslim women, including Iranian women. In a widely-quoted 1993 essay, she shows how many Iranian women were in fact robbed of their agency during the rule of Reza Shah when they were forced to de-veil:

"One can effectively argue that such outfits, in the existing social context, contributed to the exclusion of women of popular classes and pushed them toward seclusion, rather than laying the groundwork for their liberation," she wrote then.

Ms. Hoodfar argued that traditional roles and mores in Iran, as elsewhere in the Muslim world, allowed women to function as full, independent members of their own societies. It was the coerced "liberation," that helped encourage male dominance and controls, echoing what other feminists including Indian writer and activist Arundhati Roy have pointed out. "Coercing a woman out of the burka is as bad as coercing her into one. It isn't about the burka. It's about the coercion," said Ms. Roy famously.

That a champion of women's rights – including those of Muslim women who want to function within Islamic strictures (as varied and diverse as interpretations of those strictures are) – is in an Iranian prison, is particularly shameful.

It is from this perspective that pressure can be brought to bear on the Iranian government by our elected officials. Under no circumstances should an academic (or anyone else for that matter) be held in an infamous prison without charge or evidence of any wrongdoing.

Moreover, that Iran has detained an academic with an incredible body of work that clearly demonstrates a commitment to the rights and freedoms of women, and in particular, of Muslim women, should be seen as an attack on all women.

Ms. Hoodfar's imprisonment is the latest in a series of such arrests of dual nationals, and analysts have various theories about why this is happening now. Whatever the reasons may be, the federal government must work quickly to secure her release, as she is reportedly in poor health and being denied access to necessary medical care for a neurological condition.

There has reportedly been no contact with Ms. Hoodfar since her detention, by either her family or Canadian officials. As the family prepares to push Stéphane Dion for action Thursday, we are reminded that the government must have better protections for Canadians unfairly held abroad.

Perhaps if Canada adopts the Protection Charter, put forward earlier this year by Amnesty International and the Fahmy Foundation, Ms. Hoodfar's ordeal, and those of other Canadians currently held unjustly abroad – Huseyin Celil in China and Bashir Maktal in Ethiopia – would be more quickly resolved.

Canada loses a little bit of its own strength every time one of its own is made to disappear.

Opinion
Canadian’s arrest shows why we must press Iran on human rights
June 10, 2016 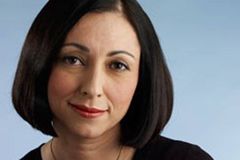 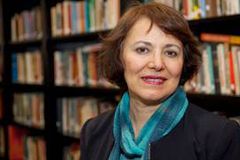 Ottawa ‘concerned’ about health of Canadian arrested in Iran
June 9, 2016 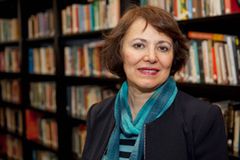