Her brother, Abdoul Abdi, was released from prison on Jan. 4 after serving four years for several convictions, including aggravated assault. He was on his way to a halfway house where the process of re-integration into Canadian society was set to begin. But he was re-arrested at the jail gates by Canada Border Services Agency officers and placed in immigration detention. Why? Because despite having spent most of his life in Canada, Mr. Abdi never obtained Canadian citizenship.

He was born in Saudi Arabia to a Somali mother, spent four years in a refugee camp in Djibouti, and landed in Canada at the age of six with his sister and two aunts. By seven, child-protection services had taken Mr. Abdi into custody and he became a permanent ward of the state shortly thereafter. He was never adopted and was instead shuffled between 31 placements while "in care," most of which were group homes. His aunt became a Canadian, but was blocked from applying for Mr. Abdi's citizenship because she was no longer his legal guardian. Child-protection services – his legal parent – never applied on his behalf even though he was eligible.

As a non-citizen with a criminal record, the 24-year-old Mr. Abdi is now facing deportation to Somalia – one of the most dangerous countries on Earth. In Somalia, he has no family and no connections.

In his response to Ms. Abdi's question, Mr. Trudeau acknowledged that the "care system failed your brother." He went on to say that Canada's immigration system is "based on rules and principles but that it is also compassionate and reflects on individual cases." Although cases like Mr. Abdi's arise infrequently, his treatment so far is remarkably similar to another young man that the former Conservative government deported in 2012.

Like Abdoul Abdi, Jama Warsame was born in Saudi Arabia but only inherited his mother's Somali citizenship – and never set foot in Somalia. He also came to Canada as a young child. Neither Mr. Abdi nor Mr. Warsame had ever lived in Somalia prior to arriving in Canada; neither had any family left in Somalia; neither could even speak a Somali language. Mr. Warsame also considered Canada to be his only home. And Mr. Warsame was also convicted of criminal offences involving violence and ordered deported.

In 2011, refugee lawyers and the International Human Rights Program at the University of Toronto's Faculty of Law filed a complaint to the United Nations Human Rights Committee on Mr. Warsame's behalf. The UN committee unanimously found that Canada's deportation of him would violate the legal obligations Canada voluntarily undertook when it ratified the International Covenant on Civil and Political Rights. Somalia is a country so dangerous that Canada does not allow its officials to go there, and the UN Human Rights Committee accepted that, without language skills and family or clan support, Mr. Warsame could be rendered homeless and vulnerable to a wide array of human-rights abuses, including forced recruitment by terrorist groups such as Al-Shabaab.

A majority of the UN Human Rights Committee also found that his deportation would breach his right to enter and remain in his "own country." Although he never obtained his Canadian citizenship, the majority of the UN committee reasoned that, in all functional respects, Mr. Warsame belongs to Canada because of his strong ties to this country. The UN committee emphasized "the presence of [Jama's] family in Canada, the language he speaks, the duration of his stay in the country and the lack of any other ties than at best formal nationality with Somalia."

Prime Minister Trudeau was once the Liberal immigration critic. If he is serious that the rule of law (including adherence to international human rights law) and the principle of compassion should govern, Mr. Abdi should not be deported. He came to Canada as a child, he grew up in Canada and he is a product of Canada, including its broken foster care system.

The issue is not whether Mr. Abdi is a model member of the Canadian community and so "deserves"' to stay. What matters is that he is already a product and member of this society. No one can reasonably claim that he should be Somalia's responsibility. If we deport Mr. Abdi, Canada will again be in breach of international human rights law and its moral duty to avoid inflicting further harm.

Opinion
We should welcome Haitians facing U.S. deportation – it’s the right thing to do
December 28, 2017 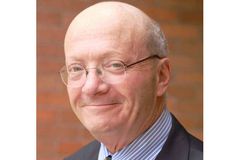 Opinion
The talk Canada needs: Are we importing inequality?
November 28, 2017 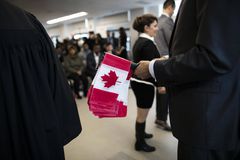 Opinion
Islamophobia exists in Canada – we must recognize it
January 12, 2018 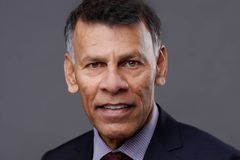