Just because an academic is speaking, it doesn't mean that what they are saying is scholarly or academic.

The blog of Jennifer Berdahl, Montalbano Professor in Leadership Studies at UBC, on the departure of Arvind Gupta from the position of UBC president has triggered a wave of press coverage. The postings are, by her own admission, purely speculative. Basically, she is trying to argue that there may have been a conspiracy of tall, athletic white men working to exclude minorities and women from senior roles and that Dr. Gupta was a victim of this conspiracy.

It is not based on any of the real evidence, data or interviews that would normally underpin an academic study and opinion. Nobody in the institution has forced her to remove her blog or prevented her from speaking to the media. Many have agreed and disagreed with her blog in the comments and John Montalbano, the chair of the board of governors (who made the donation that funded her position), contacted her directly to discuss it.

Academic freedom or freedom of speech, which is really what we are talking about here, also means that others have the right to criticize what you write and say.

But I have seen no real signs of the censorship she is claiming in response to her subsequent blog, and she can't and won't be fired. It's a real stretch to claim academic freedom has been violated and, as a fellow faculty member, it's embarrassing to see the concept used as a trump card and spill out into the news in this way.

By comparison, the UBC board and Dr. Gupta are bound by the kind of confidentiality agreement that is standard in human resources at all levels. With respect to Dr. Gupta's departure from UBC, the reality of large organizations is that sometimes things don't work out and both parties have to be protected through a general release.

The UBC Faculty Association has also chosen to weigh in on this debate in a very public manner, supporting Dr. Berdahl's claims and insisting on more disclosure about the reasons for Dr. Gupta's departure. This seems a little ironic, given that the job of the Faculty Association is to protect the right to privacy of faculty members, including Dr. Gupta. It's disingenuous to attack the board and Mr. Montalbano personally when you know they can't comment without breaching the confidentiality agreement. Not much of a basis for a debate.

For board members, including Mr. Montalbano, who are often alumni and have made donations that support research, this controversy must seem baffling. They are selected for their integrity and contributions to the community and take on time-consuming roles as board members on an unpaid voluntary basis.

Many have made significant donations to the university because of their belief in the role that research and learning play in a modern society. They don't run the university, as the Faculty Association has implied; the deans and the senior executives do. The board is appointed by the province, provides oversight and approves major investment decisions.

But the part of this story that really bothers me and has received the least attention is that, in her blog, Dr. Berdahl refers to the departing president as a "brown man" who "isn't tall or physically imposing." She then proceeds to concoct a scenario that is so tenuous it is almost comical, about a phalanx of tall, athletic white men bullying Dr. Gupta into resignation.

Whatever lies behind the reasons for his departure, the one thing I can say is that Dr. Gupta is a bright, energetic, strong-minded and entrepreneurial leader and I would expect he is offended by Dr. Berdahl's reinvention of his personality in her blog.

At the very least, she owes him an apology.

Prof. James Tansey is the executive director for the Centre for Social Innovation and Impact Investing at UBC's Sauder School of Business 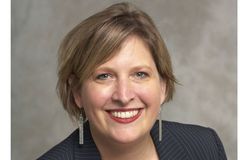 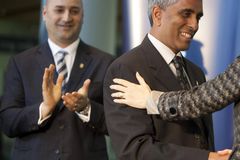