Bob Rae teaches at the University of Toronto and is the author of What's Happened to Politics? He is a partner at Olthuis Kleer Townshend, a law firm that acts for First Nations across Canada.

The tragedy last week at Laloche was followed by the legal victory of Cindy Blackstock at the Canadian Human Rights Tribunal, and then some commentary, notably in Maclean's magazine by Scott Gilmore, that the Canadian North is an irredeemably violent place. The best thing we can do, he writes, is help aboriginal people abandon their communities and move south. The sooner the better.

No doubt there are many Canadians who agree with Mr Gilmore. But in the end it is an argument that ignores reality, disrespects indigenous people and their lived experience, and puts forward a spectacularly thoughtless "solution" that looks a lot like residential schools, the Sixties Scoop, and every failed policy of the past. From Sir John A to the present day there have been many efforts to hasten the disappearance of aboriginal peoples and communities. They are an affront to our humanity.

What, then, should be the direction of policy? Put simply: Mend hearts and mend treaties. Give some real meaning to self-government, and provide First Nations governments with the authority, jurisdiction, land and funding every government needs to do a job.

The new federal government comes into office with much goodwill and a strong desire on the part of the elected leadership of First Nations communities to establish a pragmatic but principled dialogue, and to make real progress on the long-standing agenda of self-government and real improvements in living conditions. The question will be – and Finance Minister Bill Morneau's first budget will give us an indication about this – whether the government is prepared to match positive rhetoric with action.

Prime Minister Justin Trudeau's unqualified acceptance of the 94 recommendations of the Truth and Reconciliation Commission can only mean transformational change. Not change in a day, but change that starts with a bold, clear vision about what it will actually require to get the job done. Carolyn Bennett and Jody Wilson-Raybould are ministers who know the issues and the challenges well, and we can only hope they will have the support of their colleagues to create a path to a new relationship and improved living conditions, both in Northern communities and in urban centres. They won't be without help: For example, the inquest in Thunder Bay into the deaths of seven First Nations youth will tell us a lot more about the reality of the urban experience for indigenous youth, and how to improve it.

The consequence of the Canadian Human Rights Tribunal decision is clear: Funding of any service provided to indigenous people cannot be inferior or discriminatory. This is not just about child welfare. The same logic applies to education, health, housing, child care, assistance to seniors, water and infrastructure – the list is long and the cost is high. The government will need a multiyear plan to make up for lost time and lost opportunities.

The transfer of additional funds will need to be matched by more creative ways to allow First Nations governments to exercise their responsibilities. As the Royal Commission on Aboriginal Peoples said more than 20 years ago, regional governments that extend beyond the Indian Act reserves will be required. The self-governance agreements with the James Bay Cree in Quebec and the Innu in Labrador are good examples of how it can be done. Across the country, those living in provinces covered by the old numbered treaties are rightly wondering why they have fallen so far behind nations in the Far North, B.C., Quebec and Labrador in the struggle for self-government, more reliable revenues and better services.

"Free, prior and informed consent" to policies and programs that would directly impact aboriginal communities is, according to Mr. Trudeau, the policy of the Liberal government, since it is an unambiguous recommendation of the Truth and Reconciliation Commission, and would bring Canadian public policy in line with the United Nations Declaration on the Rights of Indigenous People. How to bring this down to the level of provincial practices on resource management needs to happen. To this point, no provincial government has embraced the TRC's recommendations with the same forthright clarity as the Prime Minister. This only creates more uncertainty and confusion about the actual state of the law, jurisdiction and practice in provinces where many resource decisions are actually being made.

To govern is to choose. The choices are becoming clearer and the moment of their making is now upon us. Whether living on reserve or living in cities, we have miles to go on our journey of reconciliation.

Eds note: An earlier version of this column said an article in Maclean's magazine by Scott Gilmore said the best thing Canada can do for remote First Nations communities is to help aboriginal people abandon their communities and assimilate into white society in the south. In fact, what Mr. Gilmore said was the way to help aboriginal people in remote communities is to give those who want it a viable option to leave and to integrate into southern Canadian society.

Opinion
After La Loche, using our grief for good 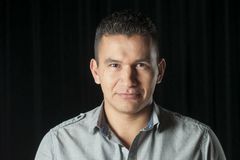 La Loche shootings: The victims, the town, the school and the tragic tale so far​ 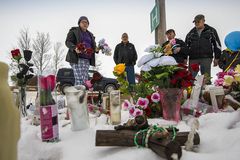 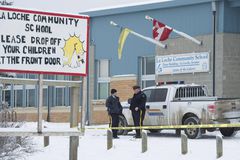 Opinion
We fail to ask: How did La Loche become like this? 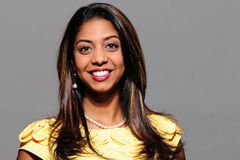