James Laxer is a Professor of Political science at York University in Toronto. He has written widely on the subject of nationalism, Québec nationalism in particular. His latest publication is: London: In a Time of Billionaires, Scottish Separatism, UKIP and anti-immigrant rage.

The first major leader to fall on his sword in the aftermath of the Scottish independence referendum was Alex Salmond, who is stepping down as Scotland's First Minister and as leader of the Scottish National Party. The next casualty may well be British Prime Minister David Cameron, whose handling of the referendum has brought down the wrath of the right wing of the Conservative Party on him for promising too much to the Scots.

In the aftermath of the No vote, the ball is in England's court. While new powers, including increased taxing authority, will likely be devolved to the Scottish government, the "England" question has now reared its head at Westminster. If Scotland's government is to have more power over local matters, should Scottish MPs lose the right to vote on measures that apply only to England or to England and Wales? Cameron played the "England" card so soon after the Scottish referendum that the tears were still wet on the faces of the defeated Yes voters in Scotland. "We have heard the voice of Scotland," declared the Prime Minister "and now the millions of voices of England must also be heard. The question of English votes for English laws – the so-called West Lothian question – requires a decisive answer."

The "West Lothian" question refers to matters that solely pertain to England on which MPs from outside England have a vote. And the more powers Westminster bestows on the Scottish government, along the lines promised by the leaders of the major U.K. parties on the eve of the referendum, the more English politicians will object to Scottish MPs voting on English issues.

And so the circle turns.

The Canadian solution would be to suggest that the U.K. establish a federal system, with a central government at Westminster, provincial governments in England, Scotland, Wales and Northern Ireland, and a written constitution setting out areas of jurisdiction, all of this overseen by a Supreme Court.

The English are haughtily resistant to the idea of being reduced to the level of a province, state, kingdom or whatever you want to call it on the same level as the other three peoples of the U.K. But unless the U.K. recasts itself as a federal state, devolution of powers to the other peoples, creates rising resentment in England. Some Conservatives even insist that in the future, Scottish MPs should be blocked from serving as Britain's Chancellor of the Exchequer.

The more power that Scotland gets, the more power could be taken away from the Scots at Westminster, driving them on to the next referendum.

Beyond the governance conundrum, there is the fact that what drove the movement for Scottish independence to a considerable extent was deep dissatisfaction with the rising economic inequality that is the blight of the U.K. Millions of people in the midlands and northern England, in Wales and in Northern Ireland feel the same way. For all of these people, the problem is the City State of London.

Could these millions who have been shut out by the unparalleled wealth of the heavy hitters in finance and corporate law in the City coalesce in a political movement of the kind that drove the Yes side in Scotland? Their natural political vehicle would be the Labour Party. But during the thirteen years when Tony Blair and Gordon Brown (now a hero of the No side) led Labour governments, they did little to challenge the centralization of wealth and power in London, the legacy of Thatcherism. Like other social democratic parties in the West, today's Labour Party, led by Ed Miliband, is more inclined to sneak into power on the strength of Conservative errors than to challenge the established order.

Shaken though they were for a week or two prior to the Scottish referendum, the English Upper Classes are not accustomed to ceding any of their power. And they don't frighten easily.

Opinion
In the end, Scots chose realism over romanticism
September 19, 2014 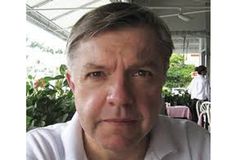 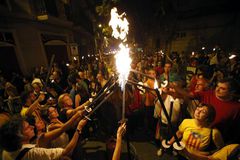