With a prime ministerial scandal burning away and acrid smoke shrouding huge swaths of Malaysia, one could be mistaken for thinking the government in Kuala Lumpur was quite literally going up in flames.

The smoke, of course, comes from forest fires illegally set to clear land on the nearby island of Sumatra. But it does provide a suitably gloomy backdrop for what's happening to Prime Minister Najib Razak.

Mr. Najib, who has become increasingly unpopular, leads the United Malays political party and a coalition that has effectively controlled Malaysia since independence from Britain in 1957 – partly through electoral gerrymandering and censorship of the media. Despite other actions that make him unfit to lead a democracy, such as repeatedly jailing his main political opponent (a former deputy prime minister) on trumped up sodomy charges, he now finds himself at the centre of an ever-expanding series of corruption probes that have brought Malaysian politics to a standstill – and also threaten to bring his pseudo-authoritarian rule to an end.

These investigations, which began in Malaysia and have spread to the United States, relate to a sum of $700-million (U.S.) allegedly paid into bank accounts linked to the Prime Minister. Mr. Najib has denied he has done anything wrong and said the money came from a political donor in the Middle East, though he has not provided evidence.

But after Mr. Najib quashed efforts to uncover the truth within Malaysia, the case has now been taken up by other jurisdictions. The FBI is investigating Malaysia's state investment fund 1Malaysia Development Berhad, known as 1MDB, for money laundering.

Mr. Najib, unsurprisingly, launched 1MDB in 2009 and has since amassed $11-billion in debt. The U.S. Justice Department's Kleptocracy Asset Recovery Initiative is also now involved – after having its interest piqued by luxury real-estate assets in New York linked to the Prime Minister's family (as well as a shadowy international playboy type named Jho Low). The Hong Kong police are also sniffing around the bank transactions.

Mr. Najib's supporters argue political opponents are trying smear him and destabilize the government, but some of the fiercest criticism has come from former political allies. Mahathir Mohamad, who ruled as Malaysia's prime minister for 22 years before stepping down in 2003 and who helped install Mr. Najib to his current position, has said his successor's reign is now "verging on criminal" – and urged parliament to throw him out.

All of this alleged skulduggery matters for several reasons.

First, Malaysian politics are becoming dysfunctional. Mr. Najib has flailed desperately. He dismissed another deputy prime minister and the attorney-general, who both raised questions about the scandal, and Mr. Najib neutralized a parliamentary probe by appointing some of its members to his cabinet, thereby disqualifying them.

His government was rudderless during the Rohingya migrant crisis. And, meanwhile, the opposition coalition – made up of an Islamic party and a party that represents Malaysia's often-persecuted Chinese minority – splintered, a situation that ratcheted up racial and religious rhetoric. "Old racist canards about the Chinese … are being highlighted once again," Dennis Ignatius, a former Malaysian high commissioner to Ottawa, wrote in a recent opinion piece.

Secondly, Mr. Najib is launching a crackdown that has alarmed human-rights observers. He has arrested protesters and anti-corruption investigators. Two critical newspapers have been temporarily shuttered. Eight activists and opposition figures have been arrested as part of the protest movement Bersih ("clean" in Malay).

"The Najib administration has been making it up as we go along," says Hwok-Aun Lee, a University of British Columbia alumnus who lectures at the University of Malaya and who attended a recent Bersih rally. "These repressive actions are also increasingly showing up to be baseless and desperate."

And finally, though it is not implicated in the scandal, Malaysia's state-owned oil company Petronas – which pays a huge annual dividend to the government and accounts for almost half of Malaysia's oil revenues – is one of the largest foreign investors in B.C. Petronas, of course, is the company behind the proposed $36-billion Pacific NorthWest LNG project.

Kenneth Courtis, a Tokyo-based former vice-chairman for Goldman Sachs Asia who has advised on large LNG projects in Asia, says a looming supply glut of liquefied natural gas will depress prices for years to come and make Petronas's B.C. project untenable – and a potential scandal in Kuala Lumpur.

"If it were a commercial company, they might say, 'We've screwed up, we're going to write this off.' But with the tremendous scandal that's shaking the Malaysian government to its foundation – if on top of this, they had their national champion write off [their investment in B.C.], that's a big deal," he told The Globe this week, suggesting Petronas would begin to drag its feet, squeeze costs and seek further concessions rather than admit defeat.

The investigations, if they uncover wrongdoing, may make Mr. Najib's leadership untenable. But not all is as grim as it sounds. The opposition parties, realizing an opportunity, have recently formed a new alliance – headed by the wife of jailed opposition leader Anwar Ibrahim. And the Bersih movement has shown that, no matter what type of intimidation, Malaysians aren't about to let their democracy go quietly. 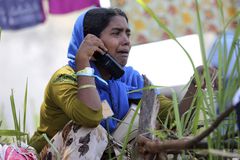 Malaysia says most of the debris found in Maldives not from plane; unclear if all examined
August 14, 2015 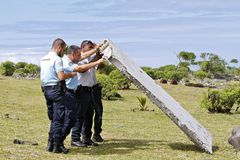