“We had concentration camps here.”

Those were the words of Chief Bobby Cameron of the Federation of Sovereign Indigenous Nations in Saskatchewan.

He was speaking to the world on his phone from his car, at a press conference on Thursday that detailed the crimes against 751 children and possibly adults, whose headstones were silently, viciously removed at the Marieval Indian Residential School in the 1960s.

Canada may not have more than one million dead who were slaughtered and buried in killing fields, as they do in Cambodia. But make no mistake: Over the past 153 years, Canada has consistently used government policies – residential schools, the Sixties Scoop, the prison system, “universal” health care and repeated ignorance of our people’s necessities of life – to make damn sure we are assimilated.

“We are seeing the result of the genocide Canada committed here. We will not stop until we find all of our children,” Mr. Cameron said.

In the 1990s, Canadian peacekeepers worked to end the genocide of the Tutsi people in Rwanda. We sent funding, supplies, and reporters to cover and document the crimes.

Yet Canada did nothing here.

Canada dumped our children and peoples in unmarked graves.

We can no longer ignore our past. The heinous one we have been telling you about in First Nations, Métis and Inuit songs, words, art and books and in Royal Commissions, the Truth and Reconciliation Commission, at the National Inquiry into Murdered and Missing Indigenous Women and Girls and countless inquests.

The past that too many Canadians refused to listen to. The past that writers at almost all of Canada’s main media outlets (except, of course, APTN) and politicians denied when they heard Canada had inflicted genocide – a message delivered not once, but twice, at both the TRC and the National Inquiry.

Canadians, now is the time to act. To face this country’s ugly truth. Now is not the time to celebrate Canada’s national birthday with red and white decorations, with draping a flag over your shoulders, with a long-weekend barbecue at a cottage on stolen land.

Find the lost, send them home – and for God’s sake, do not put a price tag on it.

The previously announced $27-million in federal funds – or, here in Ontario, a meagre $10-million – isn’t nearly enough. All the First Nations looking for their loved ones will have to scrap over it. This divide-and-conquer strategy has got to stop. Work with us. Do whatever it takes.

First, let Indigenous Peoples define where to look and what we need.

Why not appoint an Indigenous commissioner to go after all the records, using Canadian legislation to compel all levels of government, universities, hospitals and churches to release what they know?

Let Indigenous Peoples name and locate all those fields, former hospitals, cemeteries, those places where there is evidence of genocide.

They are not only buried in the rolling hills or uneven grounds surrounding the former Kamloops Indian Residential School, where less than a month ago the Tk’emlúps te Secwépemc announced that the remains of 215 children were found, or the former Marieval Indian Residential School in southeastern Saskatchewan and 137 other schools funded by the Canadian government but run by Christian churches.

We must locate all sacred burial spaces, which hold the clues to the secrets of what happened to all the lost, precious souls. We need to know if what happened was unspeakable abuse or murder, or benign neglect, malnourishment and a failure to medically treat those who were sick.

Do not forget the grounds of the nearly 1,300 other schools where survivors went – schools that were not part of the Indian Residential Schools Settlement Agreement in 2007.

The numbers of our lost children will be astounding.

“The math isn’t hard,” said Marlene Poitras, the Assembly of First Nations Alberta Regional Chief. “If we continue to find our children in these numbers, we will see 70,000. Over 20 times more than the TRC naively assumed. This number does not count survivors. This number does not count those children whose remains are now entirely gone from this earth, for whom the country and the church have diligently tried to erase their memory.”

Evidence of genocide is also buried in unmarked graves in cemeteries across Canada. Our children, our people were sent to Indian hospitals, tuberculosis sanatoriums and asylums. When they died, many were scattered across the country, away from their homes, in unmarked graves.

One week ago, my friend, Travis Boissoneau, the Lake Huron region’s deputy grand council chief for Anishinabek Nation, contacted me after the news of the 215 found in Kamloops to say they had found that a girl named Emma Laffort had been buried at the St. Andrew’s Catholic Cemetery in Thunder Bay. She attended St. Joseph’s Indian Residential School and died at St. Joseph’s Hospital in 1910. Mr. Boissoneau thought she was from Garden River First Nation.

They wanted to locate exactly where she is in the cemetery, find her family and then bring her home. I said I would help.

Then, serendipity happened. A woman named Carol Hermiston contacted me on Facebook. She said she was looking for her great-aunt, Emma, whose father was from Garden River and whose mother was from Batchewana First Nation. Emma, Carol said, was the great-great-granddaughter of Chief Shingwauk, an Anishinaabe leader and founder of Garden River. A match was made. Now the family is working with both communities and Anishinabek Nation to bring Emma home.

Mr. Boissoneau is concerned that there are many other children buried in unmarked graves at St. Andrew’s. Records and the cemetery must be searched, along with the former sites of St. Joseph’s.

So when Mr. Cameron spoke, decked out in his orange T-shirt, from the driver’s seat of his car, it resonated. “We will also search all the sanatoriums, the Indian hospitals, all the spots,” he declared. “We won’t stop until we locate all of them.”

Stand with us, Canada.

Do what it takes.

Show the world you are who you portray yourself to be. 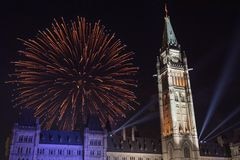 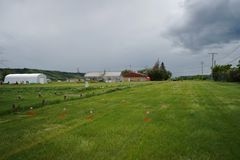 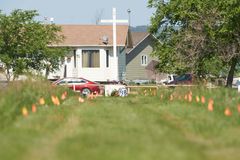