For the four years Donald Trump has been in office, there hasn’t been a smarmier, more obsequious lapdog at his beck and call than Republican Senator Lindsey Graham.

Mr. Graham had prophesied grave times for the GOP if Mr. Trump won the presidency. But like many others, his position proved negotiable. Once Mr. Trump got elected, the influential Senator from South Carolina became his enabler-in-chief, stuffing the last bit of shame he possessed in a desk drawer somewhere.

But then came the election loss, and the storming of the Capitol, and Mr. Graham decided, reluctantly, to go looking for that last bit of principle he’d stowed earlier. He delivered an unequivocal denunciation of the attack and the President’s role in it. And he severed any association with Mr. Trump’s delusional efforts to overturn the election results.

That was enough for a mob of Trump supporters to spot Mr. Graham in an airport lounge last week and descend on him like a pack of angry dogs. “Traitor, traitor, traitor,” they screamed, before the Senator was rushed away by security.

That’s the thanks you get for spending four years sublimating any notion of decency, honour and respect you once had in servitude to a delusional megalomaniac.

I mention this scene because of what it represents: a Republican base that worships at the altar of Donald Trump. And while those folks at the airport might represent the more radical fringe, they are surrounded by millions of others who still enthusiastically support the outgoing President despite his norm-smashing, tumultuous term in office.

Polls by NBC-The Wall Street Journal have routinely found that many Republican voters identify as supporters of Mr. Trump – more than of the party itself. Alongside several others, a new Hill-HarrisX poll showed Republicans approved of the President’s handling of last week’s riot in the capital (64 per cent of them in that survey). Other polls have shown that the majority of Republicans don’t believe the results of the November election.

All this poses an existential threat to the Republicans. It shows the party is still Mr. Trump’s to shape and influence.

Before the assault on the U.S. Capitol building, the idea of the outgoing President running again seemed plausible. Everyone knows the size of his ego. You could see him seeking another term just so he could hold his ego-soothing rallies again.

But now most think the riot effectively neutered any fantasy he might have of avenging his loss to Joe Biden. He has other problems as well. He’s lost access to his favourite social-media platforms such as Twitter, so critical to his ability to attract and maintain the attention of the public. Corporate Republican donors have begun disassociating themselves from Mr. Trump and his acolytes.

But even if he decides not to run, he will continue to have enormous sway over the party. And there is no question he would insist on playing the role of king- or queen-maker. There have been suggestions his daughter Ivanka or son Donald Jr. could step up to fill their father’s shoes.

This situation leaves the Republicans in an almost no-win bind. Any potential Republican leader hoping to receive Mr. Trump’s blessing would have to mount their own campaign around the same brand of divisive, nativist, white-grievance politics for which the President became famous. But there is only one Donald Trump (thank God) and the likelihood of someone else successfully building the kind of cult of personality that he did within the Republican Party seems remote. Not that Trump wannabes such as senators Ted Cruz of Texas and Josh Hawley of Missouri won’t try.

Meantime, you have a faction that wants the party to return to the days of Ronald Reagan, where policies and ideas mattered. Where people were attracted to a leader whose right-of-centre ideology sounded attractive and non-threatening, even inspiring. This would be a Republican wing embodied by the likes of senators Mitt Romney and Ben Sasse, who both want the GOP to reposition itself for the post-Trump era.

These folks look at the results of an election where Mr. Biden got seven million more votes than Mr. Trump, and the fact a conservative state such as Georgia just elected two Democrats to the Senate, and see a Republican future in peril. That is, if the party doesn’t modernize its thinking and turn its back on the ugly, nation-destroying agenda it’s fronted under Mr. Trump.

Perhaps what scares many Republicans the most, however, is the idea that the party can’t win with Trump but can’t win without him either. 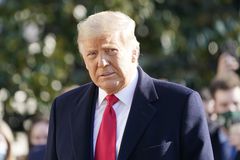 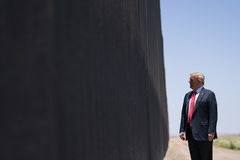 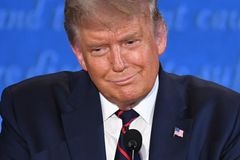