Margaret Munro is a Vancouver-based journalist who writes about science and the environment.

Guilt over my environmental hypocrisy rose with the temperature this summer, and hit a record high on a sunny terrace in Old Montreal after flying in from Vancouver.

Air Canada, which carries close to 51 million of the world’s 4.3 billion passengers each year, had transported us from the West Coast, over the Rockies and across the Prairies in fewer than five hours. So convenient, except for all that carbon dioxide the jet engines blew into the atmosphere. How could I profess to care about the planet, yet still fly off on holiday as if I am not part of a very big problem?

As we sat there on the terrace having cocktails, my husband was captivated by the Uber app and his five-star rating from well-tipped drivers. And I got to thinking that what we need is a little green leaf, like the tip option on ride-hailing apps, that pops up on our phones to atone for our environmental sins.

It would go “bing” and suggest tips for the environment as we go about our busy, and often privileged, lives. Bing, $1 for the environment when we pay the Uber driver. Bing, $5 when you pull into the gas station to fill up. Bing, $100 for every $1,000 you spend on luxury toys, clothes or home furnishings. And bing, $90 as you step off the plane in Beijing.

In Montreal, in the midst of a heat wave, I would have gladly paid up if a little green leaf had waved and suggested $49 each to compensate for 1,445 kilograms of carbon dioxide, every passengers’ share of the greenhouse gases generated by our economy flights, according to one carbon offset calculator. Scientists have calculated that 1.4 tonnes is enough CO2 to shrink the Arctic summer sea ice cover by more than four square metres (43 square feet). No wonder Alaska’s forests were blazing and sweaty tourists were jumping into fountains as the temperature in Paris soared to a historic record of 42.6 C.

Carbon offset and environmental apps already exist. But they don’t do the trick. Their fees vary, the effectiveness of the offsets is questionable, and you have to care enough to seek them out.

What the beleaguered planet needs is a little green leaf on every phone, that automatically nudges us like a cheerful sprite from the corner of our screens. It could empower and embolden our environmental consciences, be as engaging as Instagram and as profitable for the environment as Apple, Facebook and Amazon have been for their owners.

It may sound like a naive idea to try greenwashing away guilt while doing little for the planet. But put your cynicism aside, and consider the possibilities.

A stark United Nations report issued this spring detailed how humans are altering the natural world and speeding up species extinction at an unprecedented pace, a consequence of hunting, poaching, habitat loss, overexploitation, pollution, invasive species and climate change. The report called for “transformative change” in every aspect of how humans interact with nature.

Would adding a green conscience to every phone solve the world’s mounting environmental crisis? No. Could it help? Yes.

It could trigger tangible changes in both our individual and our collective behaviour, pressure businesses and politicians to act, and help alleviate the feelings of despair and “ecogrief,” which has some millennials asking if they should bring children into the troubled world.

The creative geniuses at Apple, Samsung and Huawei, who arguably have as much influence and power as the governments that gathered for the UN climate summit last month, could design their ubiquitous devices to work to the planet’s advantage. They could install apps that calculate our environmental footprints in real time, and make reducing the footprint as rewarding and addictive as a streak on Snapchat. Heck, they could probably design phones to glow green with every good deed.

Our phones already know when and where we are flying, driving and walking. It would not be much of a leap to calculate the fuel efficiency (and the CO2 production per kilometre per person) of the planes, buses and cars we travel in. They also know where we shop so, while they’re at it, why not track how many hamburgers we eat and plastic containers we use? They could also squeal when we are about to purchase something made by a business, in a province or in a country that’s in violation of environmental laws and climate agreements.

The settings on the green leaf could be controlled and customized by users (and their parents). Deniers could just turn the leaf off and watch it shrivel to a dark stain. Enthusiasts could embrace it as part of their everyday electronic lives.

It would enable us to compare environmental footprints and see how they vary over days, weeks and months the way we can now track calories, heartbeats and footsteps. We could go on carbon diets after bingeing on extravagant travel. And we could earn credits for biking or busing to school, driving an electric car (the phone would know if coal was burned to power its battery), eating vegetarian meals and vacationing close to home. Credits could be cashed in for rewards or virtual trips – perhaps to slosh around with grizzly bears catching salmon in B.C.'s Great Bear Rainforest, soar with the birds over Venezuela’s Salto Angel, the world’s tallest waterfall, or electronically connect with fishers hauling plastic debris from the sea.

Along with helping change our behaviour – or, at least increase awareness of our impact – the little green leaf could generate big money.

Tipping the environment could become as easy, impulsive and rewarding as gifting an Uber driver or shopping on Amazon. Daily micro-tips – for using disposable cups, plastic water bottles or ordering a steak dinner – wouldn’t cost more than a coffee or two at Starbucks. But they would add up. And macro-tips for driving and flying would underscore the huge environmental cost of travel and encourage us – and our friends and employers – to do more online conferencing, visiting and work.

The tech giants would not make money directly for including the green feature in every phone, but they would profit by enhancing their environmental reputations (I am in the market for a new phone). And it is in their self-interest to help reduce the impact of climate change and environmental degradation, which threaten to disrupt supply chains, displace employees and derail economies.

To work – and prevent greenwashing – there would need to be complete transparency and strict accountability, with 100 per cent of our tips funnelled through a reputable non-profit or a trusted government organization to fund real change.

Users would be able to control where their tips go, the green app offering up lists of worthy projects nearby. Who knows, you might follow your money and join a plastic cleanup crew, or plant some of the one trillion trees that one recent study suggests as the most effective way to fight climate change.

Or, when friends ask about your trip away, you could answer: “Great, my green tip helped save a 500-year-old cedar on Vancouver Island.”

You could also let the non-profit decide how to spend your tips. Perhaps to secure habitat for critically endangered rhinoceroses, support bird friendly coffee operations in the Amazon, fund promising clean technology, or assist a remote community switch from diesel generators to solar power.

In China, 13 million trees have been planted for people using an app made by Alipay that lets them fund new forests and see the seedlings grow via satellites and drone technology. At the rate surveillance tools are moving, it might soon be possible to zoom in on old-growth forest you helped protect (“Hey, goshawks are nesting in my tree!”), the wetlands you help restore, or the fish habitat you helped rebuild.

Another tip option would be to direct your money to politicians fighting for environmental protection, as lack of political will has long stymied efforts to slash greenhouse gas emissions and protect wildlife and wild lands. The UN and international agreements have for decades called on governments to legislate, regulate and orchestrate systemic change to avoid the worst effects of climate change and degradation of the natural world. But politicians refuse to act, or act quickly enough. And they continue to fight over carbon pricing, which is widely accepted as an essential and effective way to reduce greenhouse gases.

Why not decide for ourselves and use our tips to show how much we are willing to pay for our greenhouse gas emissions. The green app would be clever enough to adjust tips in jurisdictions that already have carbon and environmental taxes and could help shame laggards to at least match our green leaf tips.

It is easy to be cynical and feel hopeless, but we need to fight with every tool we have. The technology is there. And one tiny leaf at a time, the most powerful consumer gadget ever created could become a potent weapon in the battle to protect the natural world and biosphere that life depends on for survival. 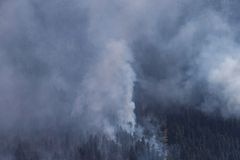 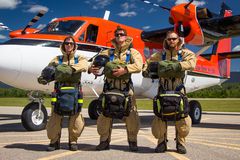 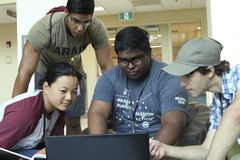