Gervan Fearon is the president of Brock University in St. Catharines, Ont.

For years to come, every one of us Canadians will need to help the country regain its equilibrium and recover from a COVID-19 pandemic that has punished our social and economic stability.

Canada needs the bedrock of a well-educated work force if it hopes to stay competitive and innovative, and universities shoulder a big responsibility for this. But as governments try to keep up with postpandemic needs, those universities – critical as they are to our future – will face steep challenges in sustaining progressive institutions that educate Canadians and attract thousands of students and leading thinkers from around the world.

A bigger role in upholding education will fall to all of us: communities, private supporters and the general public.

Supporting universities through planned giving – earmarking a donation in one’s will – is a visionary, unselfish investment that lets just about all of us help build a better future for our communities and our nation. Brock University just witnessed a remarkable example of this, thanks to the generosity of Stephanie Mitchell and her husband, Gerry.

Their lives were the stuff of a Hollywood movie: Gerry was a high-school dropout from St. Catharines, Ont., who became a highly successful global business leader. Stephanie grew up in Toledo, Ohio. With a love of literature, books and the arts, she returned to college in her mid-40s, earning bachelor’s and master’s degrees. Her pursuit of lifelong learning inspired the gift that she generously made at the end of her life.

University wasn’t an option for Gerry, and Stephanie had to wait until mid-life for her university experience, but both have made a sharp statement about the role education must play in shaping Canada and the world.

Both also clearly understood the shrewdness of planned giving.

Growing up in the 1940s, Gerry would walk along railroad tracks picking up pieces of coal to help heat the family home. Though the Second World War pulled Canada’s economy out of the Great Depression, life was hard for the Mitchells. His dad was in poor health, driving a taxi and working factory jobs. In 1943, at 16, Gerry quit school to take a job operating machinery in a local car parts plant.

He couldn’t have known, but that day was the start of an incredible journey.

Gerry was observant, intuitive. By 1957, he had been made superintendent. He was named plant manager in 1959, then director of manufacturing in 1961. In 1963 he became president of Hayes-Dana – the Canadian subsidiary of Dana Corp.

By 1967 he was executive vice-president at corporate headquarters in Toledo. The next year he was named chairman of the board at Hayes-Dana, then in 1972, president and chief operating officer of the global giant Dana Corp.

He could be gruff and intimidating, but had an ability to inspire people. When visiting a factory, Gerry refused the usual corporate entourage and insisted on walking the floor by himself. Renowned for remembering names, he would ask workers for suggestions – and listen to what they said.

Gerry had a philosophy of decentralized management, pushing responsibility out to the entire organization. His core principles were integrity and trust, and he used these to drive Dana Corp. to unprecedented growth.

Well into retirement, Gerry died in 2016. Stephanie passed away last December. When their estate was executed, it emerged that the coal-picking child of the Depression was more than a clever business person. He also recognized the importance of the kind of education that his family could never afford.

Stephanie directed a legacy gift of $2.7-million to Brock University, which had presented Gerry with an honorary doctoral degree 40 years ago, for his leadership in building the Niagara community.

As a result of Stephanie’s gift, Brock will create the Dr. Gerald B. Mitchell Centre of Excellence in Career and Experiential Education. Because of this donation, more students will be able to pair real-world work experience with their in-class education. Under-represented groups will have greater access to work-integrated learning, and our understanding of the best ways to combine work and education will deepen.

The funds will help future students pursue their passions through grants, resources and work opportunities that let them gain experience in their chosen fields.

As Canada begins to dig itself out of a pandemic, this gift to education will help strengthen our future work force. 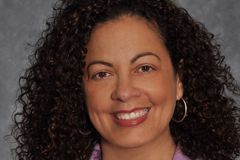 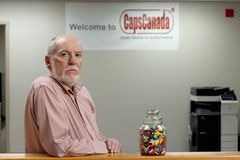 The healthy work force: Why we need to rethink early intervention
May 8, 2020 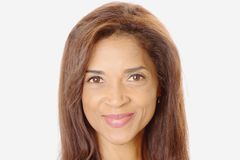