Jacqueline Bhabha is a professor of the practice of health and human rights at the Harvard T.H. Chan School of Public Health and director of research at the FXB Center for Health and Human Rights. Her latest book is Can We Solve the Migration Crisis?

The catalogue of inhumane and discriminatory policies implemented by the Trump administration against refugees and migrants over the past few months is staggering and has shocked the conscience of Americans on both sides of the political aisle.

In less than two years, the administration has promulgated a visa ban that critics say targets Muslims, including those fleeing war zones; it has cancelled a policy designed to regularize the status of more than 700,000 undocumented but law-abiding young people brought to the United States as children, including those who have no recollection of any other home; it has prosecuted, arrested and detained adult refugees and migrants entering the country without prior authority, even those applying for asylum; it has separated parents and children traveling together in search of safety, even when the latter are babies and toddlers; and it has announced its intention to reverse the law and exclude survivors of domestic abuse and gang violence from eligibility for refugee protection, even where no protection is available for them in their countries of origin.

Not since the reviled policies of previous centuries of American history – the separation of slave families, the national origins quota determining visa allocation, the wartime internment of residents, including citizens, wrongly classified as enemy aliens – not since those darkest times has such a catalogue of hateful attacks on those classified as “other” been unleashed.

The extraordinarily inflammatory rhetoric accompanying these exclusionary policies is eerily reminiscent of the pronouncements by genocidal regimes dehumanizing targeted groups. Rwandan Hutus, for example, described their Tutsi targets as cockroaches, and, in a similar vein, Donald Trump has denounced the desperate families trying to cross the Mexican border as aiming to “infest” our country – a vicious code word that evokes the most evil times of our collective world history.

These policies and this rhetoric have created widespread harm. The first ever criminalization of asylum seekers and others fleeing violence and oppression does not, as the government claims, defend the American people from dangerous gang members – “animals” in the Trump lexicon; rather it debases Americans and some of their cherished and core values, including the deeply held belief in providing safe haven to those fleeing tyranny. Borders and national security are well protected by long-standing immigration controls, by strict and onerous procedures which place the bar for obtaining asylum very high; those ineligible to remain can be promptly removed or deported. Criminalization is an illegitimate deterrent policy, bartering acute human suffering for pragmatic political gain.

Willful separation of distress migrants from their accompanying children – a policy in force for over two months until it was reversed on June 20 following bipartisan outcry – removes from already vulnerable, displaced children the one anchor they have, a caring parent. Indisputable science confirms the profoundly harmful impact of such separation – a predictable precipitator of toxic stress which can create irreparable, life-long consequences. Among the 2,300 children (or more) already detained, acute reactions to this separation have already been reported: suicidal thoughts among young children, refusal of all food by toddlers, sleeplessness, hair loss, profound social withdrawal, incessant weeping. It is not just insiders who have been exposed to this alarming and predictable fall out. Thanks to the efforts of reporters and legal representatives defying the attempts at concealment by the authorities, the American public at large has received documentation of babies wailing, toddlers huddled, visibly traumatized, young children bottle feeding unrelated infants, adolescents crammed into holding cages. The images have shocked the country’s conscience.

As of this writing, some of the most extreme and chaotic consequences of Trump policies have been neutralized. Part of the harshly impetuous and half-baked anti-immigrant manoeuvres that instantiate the President’s deeply racist notion of “America First” have been tempered by public mobilization and court decisions. But the course corrections in place continue to generate traumatizing experiences and human-rights violations. The initial “Muslim” ban blocking all entry from certain countries was replaced by a more nuanced policy, less evidently tied to the President’s Islamophobic rantings. In a 5-4 decision on June 26, the U.S. Supreme Court upheld the revised policy, which still disproportionately targets Muslims for exclusion: Children will not be able to be reunited in their country with their mothers, talented young people will be permanently barred from access to American universities, families will not be able to bring their loved ones to the United States for life-saving medical treatment, people fleeing unimaginable violence will have to turn elsewhere for protection, just because of their nationality. As an experienced immigration law professor, Stephen Legomsky, put it, “The Supreme Court has effectively repealed, by judicial fiat, Congress’s ban on race, sex and nationality discrimination.”

The “zero tolerance” policy that criminalized all adult entrants without prior authorization and separated them from their children has now been amended so that family separation has been stopped. A district court judge in California ruled on June 27, in a case brought by the American Civil Liberties Union, that the family-separation policy was unconstitutional, that separated children should be promptly reunified with the parents (within 14 days for those under 5, within 30 days for other children), that parents not yet in contact with their separated children should be provided with telephonic contact within 10 days and that no parents without their consent should be deported prior to reunification with their separated children. But family detention will take the place of family separation. Incredibly, the government have announced that they are seeking space to accommodate 20,000 detained migrant children. And, also astounding, no clear tracking system seems to be in place to facilitate tracing let alone prompt reunification of families. As the California Judge Dana M. Sabraw commented: “The unfortunate reality is that under the present system, migrant children are not accounted for with the same efficiency and accuracy as property.” It is likely that the government will seek a stay of this order and that it will fail to comply with these time constraints. The agonizing trauma of separated parents and children will continue for weeks, probably months and perhaps indefinitely. Already deported parents are likely to have acute difficulties reuniting with children for whom they have been given no tracking details.

No European country, many of them addressing immigration pressures proportionately heavier than the United States, intentionally incarcerates migrant children. Why? Not because they lack deeply xenophobic voters or limited reception capacity. They don’t as a matter of fundamental moral and legal principle: it violates the best interests of the child, a central tenet of the UN Convention on the Rights of the Child. Regrettably, alone among all member states of the UN, the United States has not ratified this convention. It is an outlier, a proud perpetrator of human-rights violations against populations who should have an indisputable claim on our humanity and generosity.

There is no migration crisis at the Southern U.S. border, any more than there is in Europe. Rather there is a crisis of compassion. Blaming outsiders for national ills, be they crime, poverty or unemployment, is an age-worn strategy that plays particularly well when it is broadcast by leaders untrammeled by facts or ethics. But scapegoating and stereotyping others are not winning social policies; as we have seen all too clearly in recent history, they lead to mass atrocities that jeopardize whole societies.

As in other complex social fields, what is needed to address the challenges generated by human migration (a constant in history) is clarity and equity. Clarity about who is eligible for protection, for work authorization, for family reunification, for receipt of a visa; equity in relation to the right to mobility, to access to timely and fair procedures, to access to legal representation, to protection of basic human rights.

The proliferation of conflicts, the increase in environmental harms associated with climate change, growing and increasingly evident social inequity across regions and demographic transformations are complex factors that all impinge on migration and that need to be addressed as part of the answer to unregulated and life-threatening movements of people. Migration cannot be fixed by migration strategies alone.

But with political will built on fundamental rights principles, careful and systematic consideration of evidence and reliance on expert input, migration can be channelled in a just, safe and legal manner, to become what it was always considered up until the past century – an asset that strengthens societies. 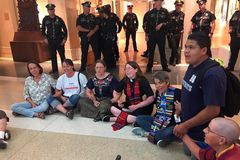 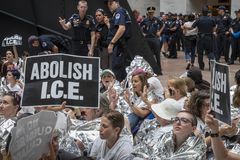 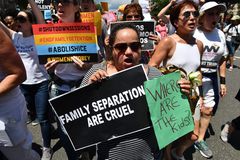