Early on the morning of Nov. 10, 1989, Gesine Bottomley was asleep in her apartment in West Berlin when the phone rang. It was a friend calling from Toronto, full of excitement. “Are you dancing on the Wall?” he asked.

“Are you drunk?” she retorted, and hung up on him.

When she got to work at the Institute for Advanced Study, where she was head librarian, her colleagues were watching TV in disbelief. Because, sure enough, people were dancing on the Wall that had divided their city for 28 years, that had been the site of so many separations and deaths. After a month of pro-democracy protest throughout East Germany, and a series of miscalculations by East German authorities, the Wall had been breached, peacefully, the night before.

Ms. Bottomley and her colleagues left to walk among the throngs of East Germans blissfully exploring the city that had been denied to them, wandering into shops, accepting cigarettes and drinks from their new neighbours. They were easily identified by their clothes, their haircuts, their beaming faces. “I’ve never had that kind of day before,” Ms. Bottomley says. “Everyone was so happy. I never thought I’d see Germany unified in my lifetime. Never.”

But Germany did indeed unify, and 30 years later, Berlin is partying like it’s 1989. The anniversary of Mauerfall is a chance for the city to do the two things it does best: remembering and partying (not necessarily in that order). As Ms. Bottomley says of her city: “We are addicted to enjoyment.”

Perhaps that enjoyment is so exquisite in Berlin because the skin of history is so translucent here, every nerve ending recently laid bare and close to the surface. As Brian Ladd writes in the The Ghosts of Berlin, “In Berlin, Germany’s wounds still lie open everywhere.”

When you come from a place such as Canada, which thinks of its history seldom and its pre-European settlement history almost never, it’s thrilling and a bit weird to live somewhere where the past is alive in every cobblestone, park and bridge. Tours of grisly Third Reich landmarks are popular. A guide on a tourist boat in the Spree recounts the grim statistics of those who died trying to cross the Wall, before continuing with a sprightly, “Anyways!” It’s deeply moving and teetering on kitsch, all the same time.

Even in a city that memorializes at an Olympic level, the 30th anniversary of Mauerfall is a special moment. Every museum and gallery has some kind of exhibit, every think-tank has a sober-minded panel or six, and broadcasts and newspapers are filled with stories of families reunited and tunnels dug and the bravery of the Fluchthelfer, the people who helped East Berliners escape. Visitors crowd the bit of the Wall still standing along Bernauer Strasse, where people once jumped from their apartment windows, trying to make it across to the West.

But this moment isn’t just about the past. It’s about the future, and what’s happening to Berlin – and equally importantly, what’s happened to a world that seems to have forgotten the lessons of history, and fallen in love with walls all over again. All the Berliners I’ve spoken to say the same thing, shaking their heads: “Have they learned nothing from us?”

What they say is that the city has changed immeasurably in 30 years, and while some things have been gained – there probably aren’t many flats heated with coal anymore – much has been lost. It’s still magical, a weird anomalous island, but the affordable rents that drew artists, the dank corners that drew David Bowie and Iggy Pop, have disappeared. The all-night clubs are still there, but you need more euros to get in.

“It’s way more expensive now,” says Anja Wedell, a film producer who grew up in the East German port city of Rostock, and moved to Berlin shortly after the Wall fell. “Berlin was always a place where you could come on very little money. The social gap has gotten much bigger.’’ When she first moved, she was confounded by much in the plush West, even things as simple as flushing a toilet: “You felt stupid all the time.” Back then, she was more comfortable in gritty, rundown East Berlin, which, in a historical twist, has become the more expensive half of the city. Now, she lives in the former West, works in the former East and watches the city gain wealth and lose its distinctively bohemian character. “I guess, in that sense, Berlin is like most other big cities now.”

For Ivan Gabor, the city is still a place where hope lives. Mr. Gabor, who grew up behind the Iron Curtain in Hungary, calls himself “a child of the changes in Europe.” Having built a successful advertising agency in Hungary but unhappy with the political situation there, he moved to Berlin a few years ago to do something meaningful with his life. “We’ve lost the euphoria of 1989,” he says. “There are no big visions. Now there’s just instability.”

To address that, he has collaborated with Dutch artist Meike Ziegler on an installation called The Berlin Handshape, which is currently found at the Berlin Wall Memorial. The concept is simple: Two strangers introduce themselves, find a common point of interest and shake hands around a piece of wet clay, which is then strung up alongside thousands of other “handshapes.” (I shook hands with Muji, a young social-work student from Frankfurt. We bonded over travel, reading and shortbread.)

Some people are alarmed at having to talk to a stranger and run away as fast as possible, Ms. Ziegler says. Others stay and chat and pledge to keep in touch with their new friend. “Most people say they get goosebumps.” The pair hopes to recreate the installation around the world, but first they needed to do it in this particular place. As Mr. Gabor says, “We’re trying to reconnect society a bit, and Berlin is the best place to do it. Berlin is the most interesting experiment of the century.”

Books that offer perspective on the fall of the Berlin Wall, 30 years later Subscriber content
November 11, 2019 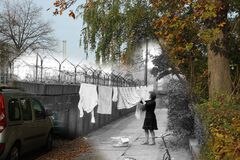 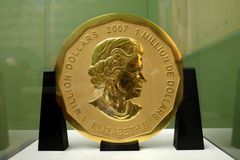 Book Review
From Toronto to the Berlin Wall: Two eighties punk books show there’s no one way to stick it to the man Subscriber content
December 5, 2018 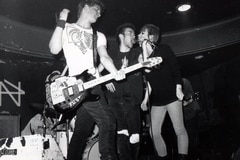