Michael W. Higgins is distinguished professor of Catholic thought at Sacred Heart University in Fairfield, Conn. He is co-author of Suffer the Children unto Me: An Open Inquiry into the Clerical Sex Abuse Scandal.

In a time when the reputations of the great, the influential and our cultural shapers can deconstruct with surprising if distressing regularity, the shock factor is often minimized. Not so in the case of Jean Vanier.

Following the disclosure of findings from an investigation ordered by L’Arche International, the world is now aware that at least six adult women alleged that the L’Arche founder, a Canadian icon revered universally for his philosophy of care for the disabled, sexually and emotionally abused them.

This is devastating news; there is no way that it can be soft-pedalled.

The investigating team did its homework; L’Arche International is to be applauded for undertaking the difficult but necessary task of prioritizing justice for the victims over safeguarding the reputation of the founder, who died last May at 90.

The investigators unearthed information available only through access to Mr. Vanier’s private archives and the conclusions of a canonical inquiry into the spirituality and behaviour of Mr. Vanier’s “spiritual father,” controversial Dominican friar and theologian Pere Thomas Philippe.

They examined extensive correspondence between Pere Philippe and Mr. Vanier over the many years of their relationship. They also looked at detailed knowledge of the various efforts by the Dominican superiors in France to censure and limit the activities and ministry of Pere Philippe, and at recent inquiries around accusations against Mr. Vanier of “consensual” sexual relations.

This is one godawful mess.

The investigators establish incontrovertibly the malign influence of Pere Philippe on Mr. Vanier, his specious claim for a unique spiritual stature dependent on his peculiar mysticism, his power in the confessional to dispense special graces, and his exalted sense of himself as a mediator of divine love that is reminiscent of Rasputin’s magnetic and perverse power over the Romanovs. We have seen the paradigm before.

Charismatic figures who cloak themselves in an attractive spirituality that allows them a hold over their followers dot our religious and secular history. Their sense of personal entitlement, their persuasive and gentle presence and their empathy with the vulnerable is a tried formula, and it is insidious.

Pere Philippe’s eccentric if not heterodox Marian theology and his ministry were denounced by Rome. Head office did the right thing. His own order sidelined him. But he came back and his return was, according to the investigators, in great measure facilitated by Mr. Vanier.

More troublesome is the data that indicates Mr. Vanier emulated the corrosive pastoral approach of his spiritual father in his own counselling and behaviour. The sins of the spiritual father, as it were.

We have seen again and again how this works. BBC2 documentary The Church’s Darkest Secret, aired last month, explores the history of abuse by the influential and dynamic former Anglican Bishop of Gloucester, Peter Ball, whose quasi-monastic community of young men was a den of abuse and control. Yet so many in high places, including the Prince of Wales, considered him a friend, sought his counsel, and dismissed rumours of his immoral and destructive behaviour (one of his charges committed suicide) as vicious calumny.

There is a strange irony in that Pere Philippe’s brother, Marie-Dominique, a University of Fribourg philosophy professor and a founder of his own order, the Community of St. John, has been unmasked as a serial abuser and his original foundation subject to dissolution. The sins of the spiritual brother, as it were.

The Vanier case doesn’t happen in isolation. None of our spiritual celebrities are bulletproof.

The Archbishop of Lyon, Philippe Barbarin, noted that although personally cleared on appeal of his conviction of neglect regarding the notorious pedophile Bernard Preynat, his reputation will be forever tarred by the scandal. So, too, Mr. Vanier’s. The enormous good accomplished by his ministry to the disabled and his numerous books and public lectures are now imperiled.

All the more reason to laud L’Arche International for its honest, spin-free approach. It understands the stakes are high. There is a grander legacy to protect: service to the vulnerable. 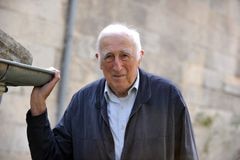 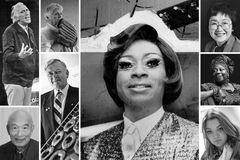