Britain’s Ambassador to Washington, Sir Kim Darroch, resigned on Wednesday after Donald Trump doubled-down on his extraordinary war of words against him and outgoing U.K. Prime Minister Theresa May. While a change of British prime minister is widely assumed to rejuvenate the special relationship – especially if it is Mr. Trump’s kindred spirit Boris Johnson – this may not be so easy. There are challenges ahead – especially given the U.S. President’s erratic nature and key differences between the two sides over their post-Brexit relationship.

The row, which has also seen a post-Brexit trade deal negotiation meeting postponed between U.S. Commerce Secretary Wilbur Ross and U.K. Trade Secretary Liam Fox, comes at a very tricky time for London in at least two respects. Firstly, the transition of power now under way – with Ms. May now a lame-duck Prime Minister – makes it harder for the two sides to rebuild bridges quickly.

In addition, the U.K. government is simultaneously on the back foot with other key non-European Union relationships, including China and Japan, at the same time that the country is soon scheduled to leave the EU, on Oct. 31. Not only are London’s ties strained with Beijing over Hong Kong, but other key trading relationships – including with Tokyo – have been weakened in recent months after a diplomatic upset in February.

In this context, the May team is dismayed by this latest bout of bilateral angst with the United States after the leak of cables with critical comments about the ever-insecure Mr. Trump from Sir Kim. And the episode is all the more frustrating for Downing Street because it comes after a trip widely perceived as very successful last month by Mr. Trump to London.

Despite significant public protests, Mr. Trump’s tour was not the diplomatic disaster of 2018, and both governments hoped it may breathe new life into the special relationship after his tricky ties with Ms. May. While both the President and Prime Minister have made efforts to seek a constructive partnership during the past two and a half years, building on the traditional ties between the two countries founded on demographics, religion, culture, law, politics and economics, this ultimately fell flat and Mr. Trump effectively endorsed Mr. Johnson last month during his London trip after his assessment of the “disappointing” Ms. May.

Mr. Trump clearly sees a potential, post-Brexit, U.S.-U.K. trade deal as the cornerstone of a renewed special relationship and this could also be a boon for him personally, given that he is criticized, in many quarters, as being a protectionist President. From the standpoint of Brexiteers, too, including Mr. Johnson, this would also represent a win in their own battle to show that the country can potentially swiftly secure trade deals with key non-European partners.

There are key areas ripe for agreement here, including lowering or eliminating tariffs on goods. Equally, however, potential icebergs lie on the horizon, not least given the President’s “America First” agenda.

Specific areas of potential disagreement on trade include the prospect that harmonizing financial regulations between the two countries, with the international dominance of Wall Street and the City of London, will not necessarily be straightforward. Meanwhile, securing agreement in other sectors, including agriculture, where there are divergences of views and strong interest groups, will not be easy.

While security and defence has long been at the core of the special relationship, tensions have surfaced even here, including over Huawei, the Chinese-headquartered technology firm, and Russia. Washington has warned U.K. officials that it may limit intelligence sharing if London allows the Chinese firm to build part of its 5G high speed mobile network.

Given the multiple uncertainties ahead in the Trump presidency, which could extend until 2025, the next U.K. prime minister is likely to seek to play the role of a trusted, albeit candid, friend, in a bid to get close to the President to try to make the relationship work as smoothly as possible. This may provide some protections for bilateral relations in what could be a rocky few years of international relations to come, even if strong personal chemistry again fails to take root between the two leaders.

However, while this may be a sensible strategy, at least initially, it is not without risk, especially given Mr. Trump’s erratic nature and polarized standing in U.K. opinion. While seeking the potential upside in the new relationship, Ms. May’s successor would be wise not to overestimate the U.K.’s ability to shape U.S. power, nor be blind to the fact that Mr. Trump’s “America First” outlook may – ultimately – care little for core U.K. interests, despite his avowed Anglophilia. 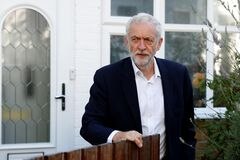 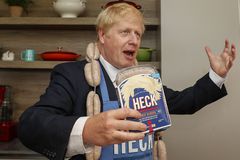