One month after restoring regular order in their initial half-hour telephone call, Canadian Prime Minister Justin Trudeau and U.S. President Joe Biden will set the scope of that partnership on Tuesday. The two have shared priorities between them: managing COVID-19 and an economic recovery with a focus on growing the middle class, securing the resiliency of supply chains, bolstering defence and security, tackling the issues of climate and energy, and promoting diversity and inclusion.

But what’s missing from that list is the urgent need to name a new U.S. ambassador to Canada.

It has been 18 months since Kelly Knight Craft, Donald Trump’s ambassador to Canada, left for the United Nations; even when she was on the job, as a U.S. Senate inquiry revealed, she spent half of her 22-month Canadian assignment in the United States. Her nominated successor, Dr. Aldona Wos, had a Senate hearing, but she was never confirmed.

The U.S. ambassador matters because he or she holds the sole presidential appointment where the job is to think about Canada 24 hours a day. With their Canadian counterpart in Washington, they are the quarterbacks in the field: identifying and heading off potential problems, trouble-shooting many of them, usually without media attention, while providing advice and expertise to their respective governments.

The ambassador’s responsibilities cut across the various levels of government. Scarcely a week goes by without a conversation with a governor, a premier or a local official. It’s a reflection of the profound interconnectedness of our relationship. It is as much domestic in its scope as international.

While both countries rely on their professional foreign service to staff their embassies and consulates, the politics that inevitably goes with issues such as Mr. Biden’s recent scuttling of the Keystone XL pipeline means that Canada is better served when the U.S. ambassador has highly developed political instincts and the contacts that they can personally call on to fix things.

The common denominator for these ambassadors was their personal relationship with their president. Their ability to pick up the phone and get through to the president or his chief of staff is what Canada wants in a U.S. ambassador.

When the U.S. ambassador weighs in, things get done: the Open Skies agreement, Smart Border, pre-clearance at airports and rail stations. As important is what they head off or quietly resolve – everything from ballast-water brouhahas to brawls over bridges. Even if Ms. Craft kept a low profile, she worked effectively with former Canadian ambassador David MacNaughton in keeping NAFTA renegotiations on track. Inevitably, they all became experts on the border.

They also quickly learn that the alternate power in Canada is not just the parliamentary opposition but the premiers, whose constitutional responsibilities give them weight and influence especially on resources, immigration and trade.

Working with the premiers will be a priority for the next ambassador. In the 25th call between the Prime Minister and the premiers on COVID-19, Alberta’s Jason Kenney said rescinding the Keystone XL permit was a “gut punch” and an “insult.” In calling for retaliatory action, he got the backing of Saskatchewan’s Scott Moe, Ontario’s Doug Ford (who also raised the issue of Mr. Biden’s “Buy America” executive order) and Quebec’s François Legault.

Mr. Trudeau should encourage the President to name his new ambassador as quickly as possible. Given rigorous scrutiny – financial, political and character – and then the Senate process of a hearing and votes, it will likely be months before anyone moves into the splendid U.S. residence called Lornado.

The ambassador’s to-do list is falling in place. Our leaders prioritized combatting COVID-19, strengthening economic and defence ties, and addressing climate change. We need a shared approach to industrial policy.

Each item comes with a subset of issues: vaccine and PPE distribution; more resilient supply chains; the new North Warning System for air defence and the Arctic; a carbon border-adjustment tax. There are the perennial concerns: “Buy America,” softwood lumber, our pipelines. Then there are the global issues on the table at this year’s G7, G20 and climate summits: China, climate, reform of the rules-based order and reinvigoration of the democracies.

The next U.S. ambassador will not solve our problems. But he or she will be a key player and vital interlocutor in managing our most important and complex relationship. 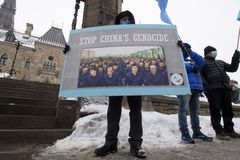 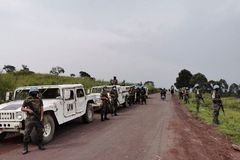 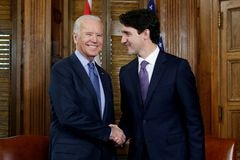