Errol Patrick Mendes is a professor of constitutional and international law at the University of Ottawa and is President of the International Commission of Jurists, Canada. He is a recipient of the Order of Ontario.

While the Canadian government determines how to respond to the brutal killing of Jamal Khashoggi through ending or suspending export permits for light-armoured vehicles to Saudi Arabia, there is another option that could be used for voicing Canada’s determined desire for accountability. The sanctions could also be combined with a desire to seek accountability for the killings of journalists in other countries around the world.

This option revolves around a little-known law passed a year ago called the Justice for Victims of Corrupt Foreign Officials Act, far better known as the Magnitsky Act. This law was promoted by Bill Browder, a fierce critic of Russian President Vladimir Putin. Mr. Putin’s officials were involved in the imprisonment and killing of Mr. Browder’s Russian lawyer, Sergei Magnitsky. The Magnitsky Act can impose targeted sanctions against human-rights abusers and corrupt officials. The U.S. (in 2012) and the U.K. (this year) have also adopted similar Magnitsky acts that can impose serious asset freezes, travel bans and limitations on doing business with an offender. Several European countries are also considering such targeted sanctions laws, and the European Parliament is considering an EU-wide Magnitsky Act law. These acts, according to several reports, have severely affected the oligarchs that have supported Mr. Putin. One of the reasons for Russian interference in the 2016 U.S. elections may have been the hope that President Donald Trump would abandon the sanctions.

Even if targeted officials do not have assets in the Magnitsky Act countries or don’t intend to travel to these places, the sanctions carry a global stigma of foul-play involvement that has shocked some of the most important political and economically-powerful nations in the world. For this reason, Canada rightfully sanctioned more than 50 senior government officials from Russia, Venezuela, South Sudan and Myanmar, including top military leader General Maung Soe. These sanctions need to be expanded to those who have been complicit in or have condoned severe human-rights abuses often linked to corrupt activities in these and other countries. The sanctions represent our desire for accountability for human-rights abuses and present a global statement of our values.

The imposition of Magnitsky Act sanctions against the officials identified in the killing of Mr. Khashoggi could also make a strong statement that we abhor the absurd and frankly insulting attempts to deny involvement in the brutal dismemberment of a journalist by the Saudi government. The sanction targets should include those who attempted to hide the extent of the premeditated murder by claiming Mr. Khashoggi left the consulate or was killed in a fist fight. Such sanctions could send the message that the killings of journalists – not only in Saudi Arabia but in other countries as well – will be met with demands for accountability and could also act as a possible deterrent for those who might be considering similar silencing of dissenters.

Canada should also establish sanctions against officials in other countries who have been involved in the killing or torture of journalists, including Bulgaria, Malta and the Philippines, where there are suspicions of official involvement.

Beyond suspending arms sales to Saudi Arabia, Canada can demonstrate global leadership by standing up for the vital role freedom of the press plays in promoting and protecting the rights of millions of individuals and groups around the world.

It is time to stand up for this most important bastion of human freedom. 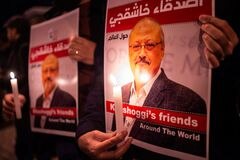 Opinion
There’s plenty of blame to go around on Saudi arms deal – and it starts with the secret contract
October 30, 2018 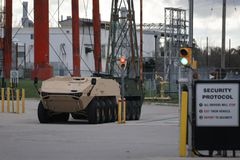 Opinion
Canada will be hooked on Saudi oil for a long time yet
Subscriber content
October 30, 2018 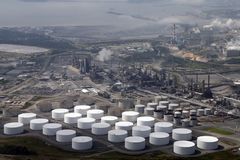