Christopher White is the minister at Kedron United Church in Oshawa, Ont., and a writer for Broadview Magazine.

Margaret McCuaig-Johnston is a senior fellow with the Graduate School for Public and International Affairs, University of Ottawa.

Canadians are now quite familiar with the many dimensions of the horrific repression of the Uyghur people in the Xinjiang region of China – including brainwashing, torture, rape, forced sterilization and even deaths in the so-called re-education camps. And yet the organized churches in Canada have been strangely silent. Their voices in the face of ongoing injustices against religious and cultural minorities in China are needed now.

The mass transportation of Uyghurs to factories all over China as forced labour implicates any countries whose companies have products made there. Parliament unanimously recognized that these acts constitute genocide – and our government, acting with the U.S., U.K. and EU, imposed sanctions against four senior officials and an infrastructure corporation involved in the repression in Xinjiang.

Buddhists have known similar repression in the country for decades. Practitioners of the spiritual movement Falun Gong are routinely imprisoned, and often face torture and death in unthinkable circumstances. Muslims from the Hui ethnic group in China’s Gansu province and Ningxia region have seen the domes on mosques demolished, and public use of Arabic script banned.

Measures are now expanding to other religions and cultures across the country in a campaign of “Sinicization” of all aspects of religion, giving the state and Communist Party control. It is now prohibited to transmit religion to anyone under the age of 18, and formal schooling in minority languages – the cultural glue of many religions – has been curtailed on the basis that it is unconstitutional, resulting in protests, teacher strikes and arrests in Inner Mongolia.

In addition to these injustices, people running the informal Christian “house churches” across China – Protestant and Catholic groups with a few members meeting in someone’s home – have been detained in “transformation” facilities in basements with no windows, ventilation or time allowed outdoors. Those who do not “admit their mistakes” are kept in solitary confinement – with the objective of making them renounce their faith. Christians are often held in these facilities for nine months or more, subjected to beatings and mental torture. Ministers of these house churches have been detained with no charges for up to ten years.

The so-called “official” Christian churches are permitted to exist for now on sufferance, but they too are going through changes imposed by the state. Authorities control appointments, publications, finances and seminary applications. Ministers walk on eggshells when it comes to what they are permitted to say, with some detained and charged with “inciting subversion.” Crosses have been torn off churches, the Ten Commandments replaced with quotes from China’s leader Xi Jinping, and photos of him have been placed strategically in church sanctuaries.

With mounting evidence concerning the repression of Uyghurs, the Canadian Muslim organization Justice for All Canada wrote a letter demanding action from Prime Minister Justin Trudeau. It was signed by individual Christian churches, but not by the Canadian Council of Churches, the Evangelical Fellowship of Canada or denominations such as the United Church, the Anglican Church, nor the Canadian Conference of Catholic Bishops. The Vatican’s limited role in China appears to come at the cost of silence in the face of human rights abuses.

The organized churches in Canada are normally very engaged around issues of persecution and injustice, and now with both Muslim and Christian religions affected, they have an important role to play in speaking out before their affiliated churches in China are gone. This is a discussion that each congregation across Canada should be having. Remaining silent will not protect churches in China or cause the Beijing regime to cease their Sinicization of religion. Rather, it empowers them to move forward.

Churches should also join the Muslim community in speaking out about the Uyghur genocide. It is critical that all Canadians, including Christian organizations, speak out in support of our Muslim friends, families and neighbours. Taha Ghayyur, executive director of Justice for All Canada, maintains that churches and faith institutions have a vital role as important allies in the fight to end the Uyghur genocide.

During the 1930s and 1940s, many Christians spoke up when there were disturbing stories about what the Jews and others were enduring in Nazi Germany. Other Christians chose to remain silent. Further, churches were silent for too many decades about residential school atrocities in our own country. With the chilling stories now coming out of China, the choice of silence is the choice to support the oppressor. 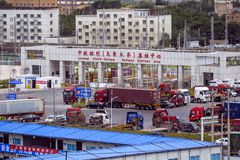 As China urges families to have more children, it’s cracking down on Uyghur births
Podcast
June 26, 2021 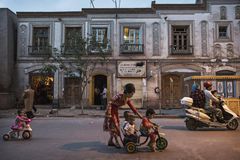