You might think, watching the confirmation hearings for Justice Amy Coney Barrett, that she was auditioning for a role on Modern Family and not on the U.S. Supreme Court. Six of her seven children sat behind her in a freakishly fidgetless row. They were, in the words of Inside Edition, “impeccably behaved.”

The Democratic questioners on the committee wanted to know Justice Barrett’s stand on abortion rights, climate change and the limits of presidential power. The Republicans, in contrast, had a little mom pedestal ready (Justice Barrett, a practising Catholic, would be familiar with this pedestal, which is usually occupied by a certain mother in blue). One senator wanted to know who did the laundry in her house. Another called her “a legal titan who drives a minivan.” Republican Congresswoman Liz Cheney tweeted a picture of the Barrett brood piling into that minivan with the hashtag #momsrule.

But do moms really rule? I guess the question should be: Do they rule just because they’re moms? Is there some special moral superiority handed out in the birthing suite, along with painkillers and ice packs? Because that seems to be the supposition, judging from the way that (white, wealthy) women are venerated solely because they’ve popped out a bunch of offspring.

“If second-wave feminism denigrated the work of caregiving, many Christian communities over the past 50 years have responded by imbuing motherhood with a holy glow,” Katelyn Beaty, author of a book on Christian women, wrote about the Barrett hearings this week.

It’s not just Christian women, though. I once was sent to interview a woman in London, Nicola Horlick, who had become famous because she managed an investment fund while also having five children. I foolishly brought up the “superwoman” cliché and she shot me down with a particularly withering glare: She would never presume such a title. On the contrary, a single mother working several jobs to support her kids, “that’s a superwoman.”

In the tangled cultural web around maternity, mothers are either latent alcoholics impatiently awaiting the first drink of the afternoon, or they’re General Patton in an apron, finishing a work project on Zoom while sewing the tail on a unicorn costume. A headline in The New York Times put it this way: Moms, They Get The Job Done.

As a mother, this has always made me uncomfortable. Do I know more, or make better decisions, because I’ve had children? I’m certainly less organized than 95 per cent of people, and if you could find my sink under the pile of dirty dishes it would agree. Even if I did have seven impeccably turned-out kids, it would no more recommend me for an important job than if I had seven impeccably groomed cats.

A more crucial point: If we assume motherhood brings moral or spiritual superiority, or even just a more neatly planned daytimer, what are we saying about women who don’t choose to, or cannot, have children? We see this toxic dig used against female politicians. Julia Gillard, Australia’s former prime minister, was accused by an opponent of lacking empathy because she had no children. Similarly, a British politician claimed she was more invested in the fate of her country because she was a mother, as opposed to her political rival, childless former prime minister Theresa May.

Even that word, childless, is problematic. Many people who have decided against parenthood (and who therefore have approximately one billion extra dollars that would have been spent on Lego) prefer the term “childfree.” A few years ago, I did a story on people who were childfree by choice. The young women I interviewed spoke about being stigmatized for their choices, second-guessed by their doctors, called “selfish” by people in their lives. They were considered not yet fully female until they’d had a baby.

It hardly needs pointing out that fatherhood is not treated with the same veneration, at least outside of Christopher Nolan movies. Fathers are assumed to have a place in the world, and, if their schedules permit, a time-share in the domestic realm. Has anyone ever asked Mick Jagger, father of a startling number of children, whether he does the laundry? I think not.

It’s a treacherous path, to keep fixating on motherhood. Canada’s fertility rate is at a historic low (1.47 births per women) and younger women are deciding to postpone or abstain from having children for a variety of good reasons, from the environmental degradation of the planet to a lack of financial support for parents of young children.

There are indications that the pandemic might make that situation worse. A survey from the Guttmacher Institute in the United States showed that one-third of women were planning to postpone childbearing, or limit the number of children they would have. And as a report on COVID-19 and fertility from the Vanier Institute for the Family noted, “Economic downturns and recessions, labour market uncertainty and, more broadly, general societal uncertainty and negative expectations about the future have all been associated with a postponement of childbearing plans.”

Feminism freed women to make choices about motherhood their mothers and grandmothers didn’t have (and also to exercise their rights to reproductive freedom, which Justice Barrett will hopefully honour, even though the prospects don’t look good). You can choose to have a fur baby, or an actual human baby, or no baby at all. None of those decisions make you a saint or a demon, just a person like everyone else. 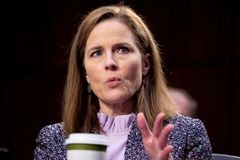 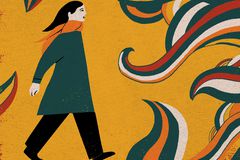 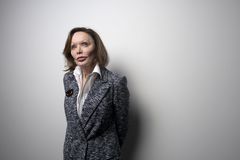