Jill Tipping is president and CEO of the BC Tech Association. Maximilian Kniewasser is director of the B.C. clean economy program at the Pembina Institute.

With the federal government’s backstop price on carbon pollution taking effect this week in Ontario, Saskatchewan, Manitoba and New Brunswick, opponents of this vital climate solution have ratcheted up the bombast. However, British Columbia’s experience with its carbon tax provides an effective counterpoint to many of the myths and misconceptions in circulation.

B.C. strengthened its carbon tax on April 1, raising the rate by $5 per tonne to $40 per tonne. When B.C. first introduced its carbon tax 11 years ago, it was the first economy-wide price on carbon pollution in North America. Among explicit carbon prices, B.C.’s is still tops on the continent.

While some would have us believe that putting a price on pollution hurts the economy and doesn’t reduce climate-destabilizing carbon emissions, B.C.’s experience clearly shows this rhetoric doesn’t stand up to the facts. We now have more than a decade of data available. Since introducing pollution pricing in 2008, per capita emissions in B.C. are down by 14 per cent, while the economy has grown by 26 per cent.

How has B.C.’s economy fared during the past decade? In short, excellent. Among Canadian provinces, B.C. has registered the fastest rate of economic growth since 2008. B.C.’s outperformance is forecast to continue – even accelerate – through 2019 and 2020, according to RBC Economic Research. Canada’s westernmost province also boasts the lowest unemployment rate, the lowest personal-tax rate for incomes under $125,000 and one of the lowest corporate-tax rates in the country. Indeed, B.C. is even being described as Canada’s new economic powerhouse.

Of course, we can’t confuse correlation and causation. But B.C.’s recent history and forecast of strong economic performance suggests that pricing pollution is more likely to help, not hinder, growth – especially as the world increasingly transitions to a cleaner economy.

B.C.’s booming clean-tech industry is a prime example of the benefits of pricing pollution. Entrepreneurs cite carbon pricing as a key tool for stimulating clean innovation. In B.C., clean tech is on a roll, posting job growth that’s among the fastest of any sector in the province.

B.C. is home to seven of the companies on the 2019 Global Cleantech 100 list, more than the rest of the country combined. According to Cleantech Group, the firms on the list have collectively raised more than US$14-trillion in investment. With B.C. companies leading the way and ready to serve the world, B.C.’s clean-tech industry will provide a huge competitive advantage in ensuring an increasingly prosperous future for the province.

It’s an enviable position to be in, thanks, in part, to B.C.’s carbon tax.

None of this is surprising, of course. Putting a price on something that you don’t want (pollution) and using the revenue for something that you do want (such as lowering other taxes or investing in better infrastructure) makes economic and common sense. As Spencer Dale, group chief economist for energy giant BP, told Reuters: “If you want to reduce something, if you want to ration something, the best way of doing that is you put a price on it and that then provides incentive for everybody to play their role. … A carbon price, I think, is critical if we are to achieve that rapid transition to a low-carbon world.”

B.C.’s carbon tax is real-world proof that this simple economic concept holds true. Per capita consumption of fuels covered by the carbon tax is down in the province compared to the rest of the country, while B.C.’s economy has steamed ahead.

At the same time, we are using money raised by the carbon tax to lower personal income taxes (resulting in the lowest income taxes in the country for all but the highest earners) and corporate taxes; to provide rebates to low-income and rural families to ensure they are better off; and, soon, to fund green infrastructure – improving the overall competitiveness of our economy. It has also helped B.C. become a global leader in one of the world’s fastest-growing industries. In short, the carbon tax is a key tool that’s successfully driving clean growth in B.C.

With increasing political rhetoric around pricing carbon pollution in Canada, it’s important to look at the facts. B.C.’s experience with the carbon tax – the country’s longest experiment with such a policy – has been unquestionably positive. This should embolden others to follow B.C.’s lead on effectively pricing pollution for both environmental and economic success. 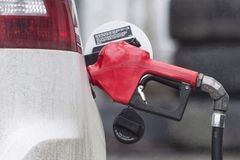 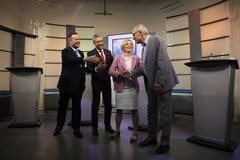