Welcome to the fray, Canada. Given the ravages of populism in the United States and Britain, disunion stalks the anglosphere. With Monday’s fractious election result, Canada can take its place.

The country is re-Balkanized, say the postmortems. There’s a return to a three-Canadas configuration. One solitude on the flatlands, another in Quebec, another in Ontario and the Atlantic provinces. Moreover, there’s now a minority Parliament with the winning party having the lowest percentage of the popular vote in history.

Out West, alienation has even given rise to a “Wexit” movement. To hear commentators such as Liberal Anne McLellan and Conservative Rona Ambrose talk, the election result was like a lasting damnation upon the fair land.

But is it all that bad or is this just outsized griping?

Anyone who thinks Canada’s divisions are devastating needs to spend some time in the U.S., where, some historians suggest, the country may be more divided than at any time since the Civil War, where an impeachment process is under way, and where a President stokes racial, cultural and political divides.

Or they should consider the situation in Britain, where another manic, well-hinged populist is at large, threatening to turn Brexit into Wreckit.

The schisms are a shock to those lands. But in Canada, what the election produced is more like the norm. A repeat; a moderate rerun.

Does anyone want to compare today’s fracturing with the 1990s, when the country faced developing-world debt levels and a referendum that almost terminated the federation?

Or the 1980s, when Pierre Trudeau’s repatriation process blew gaskets, when the free-trade debate split the country, when the rise of the right-wing Reform Party crystallized Western exasperation?

Or the 1970s, when René Lévesque was elected under a sovereignty banner, when a Quebec referendum was called, when the economy spiralled into a stagflationary hell?

In a land as large and diverse as Canada, regional conflict is to be expected. It is inevitable. A degree of disunity has come to be an almost permanent condition.

Justin Trudeau, who ran a weak campaign, was vulnerable. Andrew Scheer, a young man offering old-school politics, tried the Republican tactic of personal insults, going so far as to call the Liberal Leader a fraud and a phony, then said he ran a positive campaign.

He tried, as they do in the U.S., to appeal to a narrow base. Neither worked, not in his country. Instead of making the campaign a referendum on Mr. Trudeau, a higher-ground focus with a fresh conservative-policy focus would have reaped more dividends.

Although the Bloc Québécois was given new life in this election, Quebec is nowhere near being secession-bound. Unlike with the rise of the Bloc in the 1990s, this time the party does not hold the balance of power. That belongs to the NDP and its Leader Jagmeet Singh, who, mind-bogglingly, is winning praise for seeing his party’s number of seats reduced by almost half.

This election, which emulated the American one in that the party with the largest popular vote lost, was entirely predictable in that it produced a near Conservative sweep in Alberta and Saskatchewan. The excitable types should recall that our elections have been producing such sweeps for 60 years.

Seemingly nothing can end the discontent of the West. Brian Mulroney’s Progressive Conservatives bent over backward in trying to appease Prairie interests. He was rewarded with the rise of the Reform Party, which tore the Tories to pieces. Having Alberta resident Stephen Harper in power eased tensions, but he couldn’t get a pipeline built, and under his watch, Albertans went so far as to elect a provincial NDP government.

Albertans have just cause for anger, now more than ever, as the province’s economic pain is egregious. Sensitivities were not assuaged in any way by Mr. Trudeau’s victory speech, which was a slew of saccharine platitudes.

While his election, by default you might say, will do nothing to halt political polarization, a good thing about minority governments is that they necessitate co-operation.

The abysmally low level of support for the Trudeau victory and the paltry personal support numbers for Mr. Scheer might serve to do some good as well. They will send a message that each has to change his ways.

But no one should anticipate bold change. This is Canada. Disunity comes with the territory.

Opinion
After a sad joke of a federal election, it’s time to make every vote count
Subscriber content
October 22, 2019 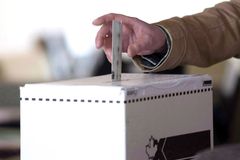 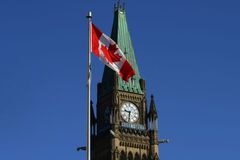