Fate, always the great equalizer, has a way of sneaking up on politicians when it’s least convenient. And few matters would appear as inconvenient for Prime Minister Justin Trudeau as having to deal with the issue of Canadians who travelled overseas to join the Islamic State.

Remember Mr. Trudeau’s breakout moment in the 2015 leaders’ debate on foreign policy? Then prime minister Stephen Harper’s Conservative government had just moved to revoke the Canadian citizenship of a member of the Toronto 18 terrorist group who had been sentenced to life in prison for his role in the plot to explode bombs in at least three locations in Canada’s biggest city.

For Mr. Harper’s tough-on-terrorism base, the legislation adopted by his government to strip dual nationals convicted of terrorism of their Canadian citizenship had been long overdue. But for Mr. Trudeau, eager to contrast his inclusive approach with Mr. Harper’s empathy deficit, it was an opportunity to establish his brand as a more compassionate and humanitarian leader.

Mr. Trudeau made good on his promise to repeal the law enabling the denaturalization of dual citizens convicted of certain crimes, including terrorism. But since then, his government has tiptoed around the question of what to do about dozens of Canadian nationals who went to Syria to join the Islamic State, some of whom have ended up in Kurdish-run prisons.

For months, their families have been pressing the government to repatriate their loved ones to Canada. That way, the adults among them could answer for their alleged crimes according to Canadian law, while the children born overseas to Canadian IS members would be rescued from the horrible conditions they face in Kurdish-run tent camps in northern Syria.

The silence from the Trudeau government had been deafening until this week, when it was forced to react to the news that Britain had stripped Jack Letts, a 24-year-old nicknamed “Jihadi Jack” by that country’s tabloid press, of his British citizenship. Mr. Letts, who inherited Canadian citizenship through his father, travelled to Syria when he was 18 and reportedly joined the Islamic State, and has been held since 2017 in one of those makeshift Kurdish prisons.

Mr. Letts has never been convicted by any court. And, if you have been following his story from the start and not just going by the tidbits you’ve gathered in this week’s media reports, you might even tend to believe Mr. Letts’s father, who says his son is just a lost soul who suffers from Tourette’s syndrome and obsessive compulsive disorder. He is no hardened criminal.

There can be no debate, however, about the fact that Mr. Letts is a Canadian citizen, even if he has never lived in this country. And having been stripped of his British nationality, he is now the responsibility of the Canadian government, even if that’s inconvenient for Mr. Trudeau.

“It is a crime to travel internationally with a goal of supporting terrorism or engaging in terrorism. And that is a crime that we will continue to make all attempts to prosecute to the fullest extent of the law,” is all Mr. Trudeau would say when asked on Monday whether his government would seek to bring Mr. Letts to Canada. In other words, he refused to answer.

Public Security Minister Ralph Goodale was somewhat more forthcoming, issuing a statement to the effect that Canada would not put its diplomats in danger trying to help Mr. Letts.

It would be difficult, if not impossible, to prosecute Mr. Letts in Canada because he did not technically leave this country to go to Syria, so he may not have committed a crime under Canadian law. That is obviously a complicating factor in any decision about whether to bring Mr. Letts to Canada. But it’s still a decision Mr. Trudeau needs to come clean about.

A government led by Conservative Leader Andrew Scheer “would not lift a finger” to bring Mr. Letts to Canada. Nor, however, would a Scheer government reintroduce legislation to strip dual nationals convicted of terrorism of their Canadian citizenship. So, Mr. Scheer would effectively leave Canada vulnerable to facing similar cases to that of Mr. Letts’s in the future. But at least he’s honest about where he stands.

If Mr. Trudeau is unwilling to lift a finger to bring Mr. Letts to Canada, then he should say so. Canadians have a right to know whether he stands by what he said in 2015, or whether a Canadian is a Canadian only applies until it’s inconvenient for him. 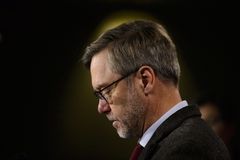 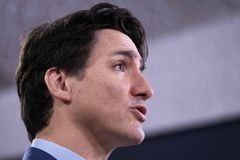 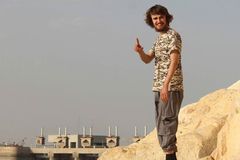