Justin Trudeau, by the grace of the 905, will lead a Liberal minority government.

That government was granted to him by millions of voters in the suburban cities surrounding Toronto – a region named after its area code – who rejected Conservative Leader Andrew Scheer.

But Mr. Trudeau will need the support of parties opposed to pipelines. This will anger Westerners in a way we have never seen before.

“Clearly, without a Liberal between Winnipeg and Vancouver, we will see a renewed regionalism,” said Jim Farney, head of the political science department at the University of Regina, in an e-mail exchange Tuesday morning. While fears of Western separatism are overblown, he believes, “this is likely to be quite a flammable situation.”

Mr. Trudeau should be deeply chastened by the results of this election. On his watch, the sovereigntist Bloc Québécois stormed back to relevance. Outside of a pair of major urban centres and two of the territorial ridings, the Liberals were eviscerated west of Ontario. And they lost the popular vote.

“The nation is going to be tough to govern,” predicted Sanjay Jeram, who teaches political science at Simon Fraser University.

But though it is tiresome to repeat, the dozens of ridings surrounding Toronto invariably vote as a bloc, and their vote determines the government. This has been the case in virtually every election since Pierre Trudeau was prime minister. And in this election, they remained solidly Liberal. They are why Mr. Trudeau gets a second term.

Mr. Scheer has every right to be frustrated. He increased the Conservative seat count and his party earned more actual votes.

But the Conservative Leader cannot ignore the truth: that millions of middle-class suburban voters in Ontario, many of them immigrants, did not vote for his party. Whatever the skepticism of the rural and Western Conservative base toward climate change, immigration, gun control and the rights of racial and sexual minorities, the voters who choose the government are progressive on these issues, and most of them voted for a progressive party.

Mr. Scheer must not forget that he failed to win over these voters. And at the leadership review a few months from now, Conservative partisans must not forget it either.

Jagmeet Singh might also face grief from NDP members for losing so many seats in Quebec, and for leading the NDP to a popular vote of only 16 per cent. But most realistic observers expected the Quebec losses as soon as Mr. Singh became the party’s leader; he is an observant Sikh, and Bill 21, which bans the wearing of outward religious symbols for many public servants, is very popular in Quebec.

Whatever his initial stumbles, Mr. Singh campaigned well, and now effectively holds the balance of power in the House of Commons – a much more convenient partner for the Liberals than the Bloc Québécois under Yves-François Blanchet.

To win over NDP and/or Bloc support, the Liberals will happily engage in a great deal more spending – on climate initiatives, on pharmacare and on Indigenous services. Do not expect to see a balanced budget from this Liberal government, ever. Do expect the Liberals to be under constant pressure from both the Bloc and the NDP, both of whom place a major emphasis on environmental issues, to cancel the Trans Mountain project.

If Mr. Trudeau wants to prevent Western alienation from running out of control, he must resist that pressure. But with a minority government, it will be hard.

The strongest opposition will come not from within the House of Commons, but from provincial capitals, and it will be fierce. Alberta Premier Jason Kenney is now the real opposition leader, buttressed by Ontario Premier Doug Ford and Saskatchewan Premier Scott Moe, who violently oppose the Liberal carbon tax.

“I think that a Liberal minority government supported by the NDP is likely to enact policies that could infuriate Conservative premiers and further exacerbate intergovernmental tensions," said Daniel Béland, a political scientist at McGill University.

Mr. Trudeau faces a much more challenging situation than he did four years ago. But he will know that both his father, Pierre Trudeau, and his predecessor, Stephen Harper, used minority governments as springboards to a subsequent majority.

“There is a great deal of opportunity for Mr. Trudeau to show a new side and new skills,” said Jonathan Malloy, a political scientist at Carleton University in Ottawa. “He can demonstrate that he has learned from his mistakes and bring back disillusioned supporters. There may still be much to go in the Justin Trudeau era.”

Whether that proves true is up to Mr. Trudeau – and no one else. 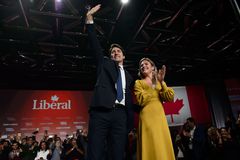 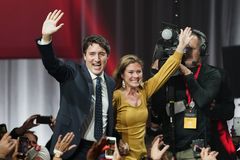 Opinion
Federal election 2019: A Liberal minority is what the energy industry feared most
Subscriber content
October 22, 2019