Jake Pyne is a Banting Postdoctoral Fellow in the College of Social and Applied Human Sciences at the University of Guelph.

Last year, a courageous 11-year-old trans girl (who is only being identified as AB) took the Ford government to court over the repeal of the provincial sexual-health curriculum – specifically over the replacement of the 2015 K-6 curriculum that mentioned gender identity and trans people, with a former curriculum that mostly did not. She took her case to the Ontario Human Rights Tribunal.

But earlier this month, the tribunal made its deeply disappointing decision: It dismissed the case as moot.

First, some clarification. The tribunal made it clear in their written decision that the dismissal of this case was not due to a lack of concern, but because they felt compelled to defer to the ruling in a similar and parallel case over the same curriculum in Divisional Court that the Elementary Teachers Federation of Ontario lost to the provincial government. That decision said that teachers will not be prevented from discussing trans issues in the classroom, and that they will still be mandated to include all students in their sexual-health lessons and be permitted to draw on the rescinded 2015 curriculum to do so. Moreover, there is an existing Ministry of Education directive that requires anti-discrimination policies in schools.

These are all good things. Still, it’s difficult to see the tribunal’s decision as separate from the recent trend of authorities making it harder to be trans in Ontario.

As an expert witness in this case, I can confirm that there is certainly research evidence supporting the explicit inclusion of trans content and the suggestion that AB is being discriminated against. There is data demonstrating that the difficulties trans people face (mental-health struggles, suicidality) are not inevitable, but contingent on our treatment in the world and thus contingent on the level of other people’s education. There are good arguments about how AB needs access to information that acknowledges her existence, as does everyone else. But arguing all that would presume we are having a rational discussion over curricula, based on evidence and reason.

It’s hard to believe that this is the case.

The Ford government removed nearly every reference to trans lives in the province’s K-6 sexual education curriculum, and then argued that the resulting curriculum was the same. But if there is no difference between including information about trans people, and not including it, then why go to all the trouble of removing it?

Similarly, this case called upon lawyers and experts to prove the value of explicitly including certain identities in curricula. Yet, we could ask the same of the identities that are included. Something tells me if we were to remove all mention of men, heterosexuality, or cisgender people, we would quickly get an answer to that question.

And Tanya Granic Allen, a former PC Party leadership and MPP candidate, briefly succeeded in passing a resolution at the Ontario PC convention that added a debate item to the next convention agenda stating the premise that “gender identity theory is a highly controversial unscientific ‘liberal ideology,’ ” and proposing to “remove the teaching and promotion of 'gender identity theory’ from Ontario schools and its curriculum.” Within days, Doug Ford walked this back, announcing the resolution would go no further. But for trans communities, the message had already been received.

Artist Michael James Schneider recently created an image in which a black gender-non-conforming person stands beside a message on a wall: “It wasn’t about water fountains then. It’s not about bathrooms now.” As a reference to the civil-rights struggle over racially segregated water fountains, this image draws a connection with the current backlash against trans rights and panic over whether trans people should be permitted to use public bathrooms of either gender. The historical moments aren’t the same and struggle for black communities continues, but indeed, the debate about Ontario’s school curriculum is not really about Ontario’s school curriculum: It’s about power, public space and personhood.

As it stands, some teachers will find a way to include trans people in their lessons, lawyers and advocates will strategize, and trans youth like AB will carry on with astonishing courage. But the rest of us must face this as the profound power struggle that it is.

It makes it hard, then, to view the tribunal decision as part of a rational debate, instead of one part in a larger referendum on whether trans people are equals in this society – or merely trial members who can hope to occasionally have “inclusion” bestowed on them.

Opinion
For the transgender community, an imperfect ally is better than no ally at all
March 29, 2019 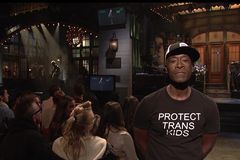 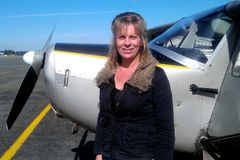 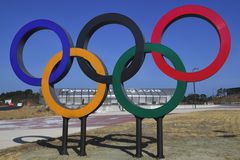