Is Toronto near a lake? Calvin Coolidge once asked Vincent Massey, the Canadian envoy to Washington. The 1920s president hailed from the bordering state of Vermont. Cartography was never his forté.

President Dwight Eisenhower commanded Canadian armies in the Second World War. He visited the country often. But during a 1960 visit to Ottawa, he referred to the country as “the Republic of Canada.” Eyebrows at Buckingham Palace were raised. What was Ike thinking? Not clearly, you could say. He gave Canada republic status in a follow-up speech as well.

Richard Nixon knew Canada wasn’t a republic but was so harebrained on trade he declared that Japan was his country’s “biggest customer in the world.” In fact by comparison with Canada, Japanese trade volumes were pint-sized. “It was just stupidity,” said Ivan Head, Pierre Trudeau’s foreign affairs adviser. “Total ignorance.”

It can be said then that when it comes to presidential depth of wisdom about the U.S.’s northern neighbour, Donald Trump at least keeps some good company.

He was widely mocked this week for reportedly saying to Justin Trudeau, “Didn’t you guys burn down the White House?” In fact, it was the Brits who were the War of 1812 arsonists.

But Mr. Trump should get a break on this one because the remark, Canadian officials tell me, was mainly in jest. The problem was many in the media didn’t treat it that way. They’ve been witness to so many historical howlers from this President that they tend to take everything he says seriously. Moreover, they didn’t think he was joking because it isn’t his style.

He’s not a President with an abundant sense of humour. You rarely see Mr. Trump laugh. A lot of smirks, but no great evocations of joy. The whole first family rarely seems to lighten up. Melania Trump cracks a smile about once a semester. Ivanka Trump has a mannequin-like aloofness as well.

For all of them, besieged as they are, a touch of humour could go a long way.

An outbreak of it is unlikely at this weekend’s G7 summit. Mr. Trump is in such bad odour with the other participants that he mused privately about cancelling the trip, about sending vice-president Mike Pence in his place.

With Mr. Trudeau, while his remark about Canadians torching the White House was light-hearted, the rest of that conversation was decidedly not.

According to insiders, Mr. Trudeau reproached Mr. Trump, saying he had promised him Canada would not be included with others on steel and aluminum tariffs. Now he was breaking that promise.

Mr. Trump does not like being told he is wrong. The tête-a-tête did not go uphill from there. It appears to have marked a turning point in the relationship, one that had always been cordial despite the stark differences between the two men. Now there is a recognition there is very little to be cordial about.

One of the phrases I heard from a senior player in trade negotiations is that the ship has left the port. The reference was to the chance of reaching an agreement on a renegotiated NAFTA before a new U.S. Congress is elected in the fall.

Forget it: Given that the newly elected lawmakers will have different agendas, and given that Mr. Trump is not interested in seeing trade negotiations drag into 2019, it’s likely lights out for the whole deal.

The good bet now is that within a few months the President will serve notice of the pact’s termination and announce he will seek new bilateral trade deals with Canada and Mexico. He will argue that he can get a better deal for Americans in going this route. The Trudeau government isn’t interested in a new bilateral pact. But it won’t have much choice in the matter.

Down the line, some Canadian PM will be able to say, speaking of edifices, “Didn’t you guys burn down the continent’s free-trade agreement?” And it won’t be in jest. 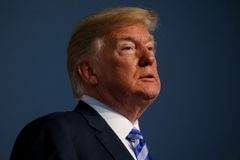 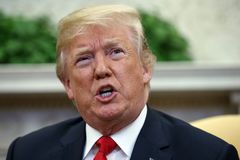 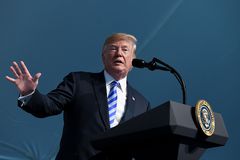