Kelly Craft is the U.S. Ambassador to Canada

To be asked to serve one’s country is the citizen’s highest honour. Yet, to be asked to serve “abroad” (even when abroad is “next door”) while retaining the honour carries some mild apprehension. What’s life away from home going to be like? How will I, and my family, be received? How quickly can I learn the distinctive Canadian way of seeing things, the outstanding markers of their rich culture?

All apprehension evaporated almost as soon as we touched Canadian soil. You have your winters, but you also have your warmth. My husband Joe and I were met with that warmth all over your lovely country. We secured a host of new friends and bolstered relations with old ones.

Of course, the friendship of our two countries runs deeper than any one ambassador’s time in the capital. I arrived in Canada some years after the most poignant demonstration of the good will between our peoples. A story that 17 years after the event was calling audiences to Broadway for Come from Away.

There are few things sweeter than saying “thank you” to a friend – It was, during my tenure, a privilege of the heart to visit Gander, Nfld., which, with the surrounding towns of central Newfoundland, performed near miracles of hospitality and kindliness to my fellow Americans on the darkest day of our modern history. If there was a light on 9/11, it shone from the citizens of Canada.

On the eve of my departure, these days are front in my memory. Your country’s response to Americans caught in the winds of brutal attack stands as an emblem of the depth of the bond between us. Frictions we may and will have, but on all the levels that count, our regard for each other and our grounding in common values, especially compassion in distress, are fixed.

My term in Ottawa has also reminded me, and as every traveller who enters Canada at the Peace Arch border crossing has seen, we are “children of a common mother.” Indeed, we descend from a constellation of shared values: Peace, freedom, democracy and a commitment to the radical equality of human dignity.

With a relationship guided by those values, we have accomplished a great deal in the past two years. Just as Ambassador David MacNaughton noted in his resignation statement as Canada’s emissary to Washington, I, too, am very proud of the agreement we now have in the hard-won USMCA. This cutting-edge accord sets a new standard for free and fair trade, will propel job growth and prosperity across North America and can serve as a model for agreements yet to come. There are also a host of ways in which our bilateral ties have been reinforced: We celebrated Canada’s inauguration as NASA’s first international partner on the Lunar Gateway Program. Crucial efforts to modernize the North American Aerospace Command are under way. And we have collaborated on a daily basis to ensure seamless law enforcement co-operation across our shared border.

The United States and Canada have also brought the full weight of our relationship to bear on the world stage at a time when commitments to freedom are increasingly under attack. We have maintained international pressure on North Korea, galvanized support to return democracy to Venezuela and addressed China’s harmful actions, including the arbitrary detention and arrest of two Canadian citizens. The United States continues to call on the Chinese government to release the two men, and will stand with Canada until their freedom is restored.

I now depart Ottawa to represent the United States at the United Nations. In the hard world of international relations, it is sometimes said diplomats can never make friends – just allies of the moment, or vanishing acquaintance. Maybe that is true – everywhere else.

My experience has shown that Canadians in particular have a gift for friendship, and I am grateful that gift was so abundantly bestowed on me during my service here.

I cannot take my leave without expressing my confidence that the affection and respect between our two countries will continue and strengthen.

Canada and the United States have shared in the adventures of the world. The beaches of Europe are the highest memorial of our continuous effort to maintain our fountainhead – democracy. We have joined in a multitude of other endeavours over the years, from relief efforts to the current exploration of space. The example of goodwill, co-operation and mutual respect between our respective countries that has existed almost from the beginnings of both could be a beacon to a troubled world.

Let us always be friends. I have treasured my time here, learned much and am superbly grateful for all the hospitality shown to me.

Thank you for sharing your home.

Opinion
U.S. ambassador to Canada: Why the U.S. stands with Canada in support of restoring Venezuelan democracy
February 21, 2019 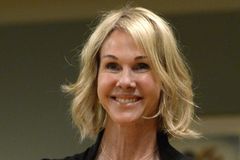 Opinion
Gander is the place that symbolizes the true Canada-U.S. relationship
September 11, 2018 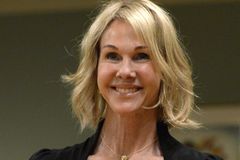