Amos Barshad is the author of No One Man Should Have All That Power: How Rasputins Manipulate the World.

Speaking in the Duma in November, 1916, while the Russian Army was being ravaged by what was then known as the Great War, the loudly cuckoo Vladimir Purishkevich declared that the Russian Empire was under existential threat. In his mind, though, it wasn’t the war but Grigori Rasputin that was threatening its destruction. The ministers of the tsar, Purishkevich boomed, had become “marionettes whose threads have been taken firmly in hand by Rasputin – the evil genius of Russia.” A month later, Purishkevich, ostensibly acting to save his beloved empire, helped kill Rasputin.

Is any of it real? Then, as now, it’s hard to say. His tale will always be more myth than fact, which is what makes it so seductive. What we know: Once, to the horror and amazement of a generation, a long-haired peasant magicked his way into the uppermost echelon of Russian high society. That’s what got Rasputin offed. What we also know: In the century since that surreal hit job, there has been no shortage of neo-Rasputins, happily marching forward after Grigori.

Is the recently scapegoated Gerald Butts a Rasputin? The peculiar saga of Justin Trudeau’s former principal secretary, and forever best friend, certainly suggests the possibility. As a Globe and Mail editorial put it a few months ago, Mr. Butts was understood not just as Mr. Trudeau’s “right-hand man” but “as his right arm, or even the right half of his body.”

To qualify as a Rasputin, there are certain basic requirements. They’re straightforward, but worth laying out. Rasputins control others, of course. But we’re not talking demagogues with fawning masses or young tech billionaires unwittingly manipulating electorates. The definitive trait of a Rasputin is control over one, or a few, prominent others. And that control must be controversial. Rasputins must have enemies. If their manipulations haven’t won them enemies, well, then their control is not quite untoward enough for the status of true Rasputin.

Even before the SNC-Lavalin affair, Mr. Butts displayed a certain flair for these dark arts. Characteristic to a Rasputin, Mr. Butts’s sphere of influence was simultaneously evident and confounding. For years, journalists and political insiders have known him as the brains, the strategist, the ideologue. (From that vantage point, the Prime Minister is reduced to a mouthpiece.) “People are never really clear on the extent of power that these figures have,” the Rasputin biographer Douglas Smith told me. “Or how they’ve gained it. It comes with a whiff of illegitimacy. They wield great power – without being given that right.”

And then there’s the matter of influence itself being inherently suspicious. Alexander Dugin, the fascistic philosopher sometimes referred to as “Putin’s Brain,” told me – in a coarse, cinematic Russian accent – that influence is “the chhhiiiighest of the perversions. If you influence others you impose on them your own will, your own world vision. We are formatting others. We are masters who regard others as slaves. We are committing very special, very vicious acts.”

A last, crucial Rasputin qualification: Rasputins don’t act – they make a powerful few others act. The actions of those powerful few then reverberate. Why don’t they act? Because they lack the abilities to do so. The manipulative pop producer can’t sing or dance. Those grandiose fiction editors can’t write a line of decent stuff themselves. That’s the heartbreak: The dark control always stems from a place of deep and profound longing.

On his own estimations on higher office, Mr. Butts has said, “Not now, not there, not anywhere, not ever. I have been around enough successful politicians to know what it takes and I ain’t got it.”

In a photo of Mr. Butts and Mr. Trudeau from the early nineties – presumably from their days at McGill, where they first fell for one another – the two sit cheerily on stairs in the sun in nearly identical, stone-cold perfect grunge get-ups. Mr. Trudeau is in a cut-off T-shirt and Tevas; Mr. Butts is in holey jeans and Birkenstocks, his long hair stuffed in a backward flat cap. They’re brimming with confidence (and, surely, opinions on Candlebox). Their intertwined tale is only beginning.

In retrospect, it’s easy to render their journey to the halls of power with novelistic flair. In this rendering, Mr. Butts is the plucky son of a miner from small-town Nova Scotia who finds himself palling around with Pierre Trudeau’s kid and so suddenly positioned – quickly, much more quickly than he ever imagined – near a centre of power. The novel starts there, in the easy joy and constant buzz of their college days, the future they dared to imagine tumbling out so effortlessly before them. But the sharp edges are there, too. A champion on the college debate circuit, Mr. Butts demonstrates an ambition that’s matched only by his pragmatism. Already, in the back of his mind, he understands the hallowed rooms his handsome friend might go to and the more sordid rooms he himself, consequently, might find himself in.

From there, the novel would jump forward through the definitive moments of their lives together: Mr. Butts co-writing Mr. Trudeau’s famous eulogy for his father in 2000; the two friends recreating the father’s canoe trip through the Northwest Territories in 2003. That same year, when Mr. Butts helped strategize the Ontario Liberal Party to election glory, his role so prominent that the Progressive Conservatives chose to attack him directly. “Evidently, Mr. Butts is the real leader of the Liberal Party of Ontario,” a news release shouted. “Why else would they put this anonymous, un-elected, backroom spin doctor out front to talk about Liberal policy, day after day?” Perhaps, next, a bittersweet scene at Mr. Butts’s wedding? His handsome friend almost unwittingly upstaging him, with those deep reservoirs of charm, on his own big day?

Scene after scene, we have watched Mr. Butts suffer in silence. So almost certainly, the novel would end in a betrayal. Decades in, the chance would come. Some sort of moment of national reckoning. Then, in front of the eyes of God and a justice committee hearing and everyone else, he would reveal it: He, not the handsome friend, was the political genius that had orchestrated this all. Evil political genius? If you say so. Just make sure to include the genius bit.

In real life, Mr. Butts has maintained fealty. And in real life, projecting beyond what we actually know is somewhere between unfair and dangerous. Has he been Justin Trudeau’s Rasputin? Has he manipulated to protect and push forth his man? Jody Wilson-Raybould testified that Mr. Butts told her chief of staff, “There is no solution here that doesn’t involve some interference.” The recently released texts between Mr. Butts and Ms. Wilson-Raybould don’t ever get quite that explicit. There are sundry mentions by Mr. Butts to his children’s birthday parties and their bedtime readings and the math homework he has to urgently help them with. On the one hand, this is a father sharing the minutiae of his day. On the other, this is a man carefully putting forth an image of a good guy while simultaneously pulling off Ms. Wilson-Raybould’s political burial. It all depends on what you want to believe. Nowhere was Rasputin as powerful as in the minds of those who murdered him.

On that note, why does Mr. Trudeau need a Butts? In the non-fanciful reading: because Mr. Butts is smart and capable and hardworking and has innovative policy ideas. In the Rasputinistic reading, what kept Mr. Butts in the closest of inner circles for so long was something thornier: his self-possession. A Trudeau needs a Butts because a Butts is the one saying do this and everything will work out fine. And when all goes wrong, if they’re really committed to the role, they’ll take the blame, too. “I have served the public interest, not the interests of any individual,” Mr. Butts wrote in his resignation letter. “Life is full of uncertainties, but I am absolutely certain of that.”

That’s Mr. Butts as the fixer, and the confidant, and the wise man, too. (In his own statement on Mr. Butts’s resignation, Mr. Trudeau noted his friend’s “sage advice.”) You, I assume, are like me – often, if not constantly, wracked with self-doubt? Now imagine a person in your corner there to boost you constantly. And all you all have to do to secure their services is give them a little influence over every decision you make. In all honesty, it sounds quite nice to me. Who wouldn’t want a Gerald Butts in your life? For that matter, who wouldn’t want a Rasputin?

New Attorney-General David Lametti says he will resist any attempts to pressure him on SNC-Lavalin case
Subscriber content
September 30, 2019 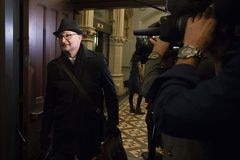 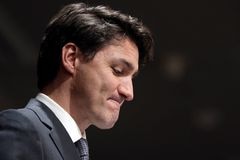