Carrie Snyder’s books include Girl Runner and The Juliet Stories.

Nicaragua, a country once identified by its revolutionary roots, is again in turmoil.

Protesters, whose demonstrations began in April with marches and blockades, have stubbornly refused to retreat despite confrontations with military, police, and most frightening of all, armed militias known as “para-militaries” or “para-police,” whose violent involvement, it’s increasingly clear, is directed and supported by the government. Yet the crackdown seems only to have strengthened the protesters’ resolve: students, professors, feminists, farmers, business leaders and ordinary citizens. Daniel Ortega’s Sandinista government appears to have enraged a critical mass of the population.

An eye-witness report by The Washington Post’s Joshua Partlow recently brought attention to the chaos currently wracking the country. Trapped and under siege, Mr. Partlow described a scene in which dozens of student protesters took shelter inside a small church compound in the capital of Managua, their nearby university campus a bloody battleground. As a priest used a cellphone to call clergy and a live local radio show, begging for help negotiating with the government to find a peaceful solution, para-military forces continued firing on the compound. Bullet holes riddled the church. The onslaught lasted through the night. Student protesters situated behind a nearby street barricade fired back with rocks and homemade mortars.

By morning, leaders of Nicaragua’s Catholic Church had negotiated a release, and approximately 200 students were safely escorted out, along with two dead and several injured.

Last week, the Inter-American Commission of Human Rights (IACHR), an independent arm of the Organization of American States (OAS), numbered the dead at 246, most of them civilians; this estimate is conservative. Stories circulate – corroborated by news sources and a fact-finding report by the IACHR – of random killings, arbitrary arrests and spiraling violence by police and para-military.

A 14-month-old baby shot dead in her father’s arms.

Six members of a family burned alive in their house when they allegedly refused to allow snipers onto their roof.

People afraid to leave their houses after dark.

What are Nicaraguans protesting? What do they fear?

Simply put, Nicaraguans are protesting the entrenched corruption of their own government: the Sandinistas, as led by President Daniel Ortega. Ironically, if anyone should be able to recognize entrenched corruption, it’s Daniel Ortega. In 1979, he was one of the leaders of the Sandinista revolution, which overthrew the dictatorship of the Somoza family, who had ruled the country with brutal force, controlling its military, legislature and judiciary for nearly 40 years. Mr. Ortega himself was jailed and tortured under Somoza rule.

I was nine years old in 1984, when my parents – peace activists – moved our family to Managua to work for a group protesting American involvement in Nicaragua’s postrevolutionary civil war. That fall, as Ronald Reagan was elected to his second term in office in the United States, the Sandinistas were elected in Nicaragua, in a contest deemed by international observers to be free and fair.

Nicaragua’s new president was Daniel Ortega – the one and the same.

When the Sandinistas lost the next election, in 1990, they stepped down, and it seemed democracy had taken hold in Nicaragua. (Their raid of the country’s coffers upon exit, however, known colloquially as “the pinata,” revealed a penchant for personal enrichment.)

In 2006, after several failed election runs, Mr. Ortega and the Sandinistas returned to power, promising economic stability and security. The country, one of the poorest in the Americas, was (and remains) largely untroubled by the drug-fuelled gang violence that plagues neighbouring Honduras, Guatemala and El Salvador. Tourists came. The television show Survivor filmed a show on the Pacific coast, where beaches are known for good surfing. When I visited with my husband and three young children in 2006 to do research for a novel, Managua had a new air-conditioned mall, new paved thoroughfares and roundabouts decorated with public art.

The armed conflict of the 1980s was a thing of the past, as was the bitter economic suffering of the 1990s.

But an old story remained. In the following years, Mr. Ortega steadily consolidated his power. He made an alliance with Arnoldo Aleman, the corrupt right-wing former president: immunity from prosecution exchanged for support for constitutional change that abolished term limits for the presidency. This cleared the way for Mr. Ortega to run again, and win elections in 2011 and in 2016, with his wife, Rosario Murillo, on the ticket as Vice-President. He’s purged opposition within his own party. He controls all branches of government – judicial, legislative, electoral and executive – and commands the military and the police. The state-controlled media parrots government propaganda – calling protesters “terrorists,” for example.

For many years, as stability held, the country’s business leaders also supported the Ortega government; but no longer.

Despite dialogue mediated by the Catholic Church, and supported by the OAS and the United Nations, Mr. Ortega continues to reject outright the suggestion that the country hold early elections, in 2019, rather than 2021; he simply refuses to go, no matter how compromised and weakened his legitimacy. Were the seeds of a dictator always within him?

Consider this: It’s been nearly 40 years since the Sandinista revolution.

Consider also: The man who helped lead a popular uprising against a long-standing family dictatorship has modelled himself into a de facto leader-for-life. Mr. Ortega is a wealthy, powerful man who does not wish to lose his hold on wealth and power. He is also increasingly isolated – isolation the natural end for authoritarians, any original spark of ideological and moral foundation smothered by enrichment, by the fattening of ego and bank account.

This is an old story. For those of us who love Nicaragua, who saw hope in its hard-won return to peace after years of civil war, it’s also a tragic story.

The question is: What choice do citizens have, in a country where elections are a foregone conclusion, where media is largely controlled by the state, along with the police, the military, the judiciary, the legislature?

There is nothing to do but protest. That is what is happening in Nicaragua. Will the protests devolve into further violence? There is little evidence that the majority of demonstrators are seeking anything but a non-violent solution to an existential crisis threatening their country. This is not a heavily armed civilian population, and homemade mortars, barricades and rocks are not proportionate to the weaponry available to a national military force.

Is there a way out of this spiralling situation? My hope is on the power of peaceful protest.

For this to succeed, Mr. Ortega cannot be allowed to dig in. Although he would like us to believe otherwise, this is not a story about a right-wing conspiracy to overthrow a legitimate government. It’s a story about people protesting the erosion of democracy in their country by the only means available to them.

Let Canada be a leading voice within the OAS, pressing for continued dialogue, condemning violent repression of protest and the killing of civilians. Let Canada pressure the Ortega government – by all available means – to recognize the will of the people, preferably by allowing early and free elections. Let Nicaragua know we are watching. Let what’s happening in Nicaragua become a different kind of revolution, free from violence, full of spirited dialogue and challenge, with hope for a better future. Let new voices come to the table. Let there be peace.

It’s what my parents hoped for. Despite the evidence of history, I can’t help but hope for the same. 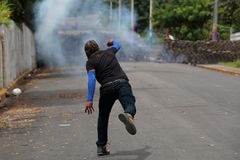 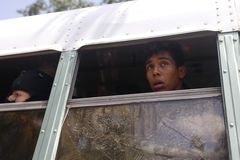 After major protests, national strike empties streets in Nicaragua
Subscriber content
July 14, 2018
Follow us on Twitter @globedebate Opens in a new window
Report an error
Due to technical reasons, we have temporarily removed commenting from our articles. We hope to have this fixed soon. Thank you for your patience. If you are looking to give feedback on our new site, please send it along to feedback@globeandmail.com. If you want to write a letter to the editor, please forward to letters@globeandmail.com.
Comments