Morgane Oger is founder of the Morgane Oger Foundation, vice-president of the British Columbia NDP, and a trans woman.

When Canada added gender identity or expression to the list of explicit prohibitions from discrimination through Bill C-16 in 2017, a poll found 84 per cent of respondents supported the decision.

Explicit prohibition from discrimination offers two approaches for combatting discrimination: It places the onus on somebody seeking to discriminate to prove it is reasonable to do so, and thanks to equivalency between explicit protections, it brings in past judgments on any explicitly prohibited discrimination into the context of every other one.

It was an important win. But nonetheless, transgender-rights activists had no illusions about where the fight for equality would really occur: the courts.

One such legal battle is happening at the BC Human Rights Tribunal. The complainant, Jessica Yaniv – a transgender woman – brought forward complaints against more than a dozen businesses which, she claims, balked at Brazilian waxing her genitals because she is transgender and has not sought gender-affirming genital surgery.

Some businesses defended themselves by saying it was due to specific training and supplies needed to accommodate her, as she has typically male genitalia; some said that because they work from home alone, they cannot offer their service to everyone because of some combination of dignity, safety, technical and religious grounds.

The case is about broader issues than just genital-waxing services, though. It’s about whether we tolerate culturally rooted stigma; whether we allow businesses to refuse service to anyone because of sexual, racial, gender or religious identities; and whether we expect Canadian businesses to adhere to our laws as intended and without exception.

Transgender women are women, like tall women or francophone women are, and everyone has the right to equal treatment under our law. Everyone is entitled to access services free of discrimination, balanced by the fact that every worker is entitled to a safe, dignified workplace. These facts are binding, but they still need to be advocated for, because cultural norms have not fully adjusted. In 2019, publicly funded charity Vancouver Rape Relief justified excluding transgender women and girls on the basis that we are not born women. In 2017, a Toronto women’s-only spa refused to accept a trans woman. In 2014, a Richmond, B.C., barbershop denied a young transgender man a haircut, saying that it doesn’t cut women’s hair.

Employers carry a responsibility to protect workers while offering services without prohibited discrimination. A worker can refuse to perform unsafe or undignified work within reason, but their employer is required to employ staff that will do the work it advertises. This rule applies to a business offering Brazilian waxes as it does for a health authority offering provincially funded care.

But such accommodation is meant to happen without undue hardship to the business. Accommodating every need requires deep pockets, and courts do allow leeway: Governments and large enterprises have a much shorter leash than small businesses.

That means that while everyone may be entitled to get their genitals waxed, nobody is guaranteed to have every special need met by every provider at every location. Everyone has a right to access services without prohibited discrimination, but there’s no right to demand any specific worker, nor continuous availability. Believing this is a right isn’t equality – it’s believing that your equality is more equal than others'. It’s contrary to what trans people have fought for, in our own pursuit of truly equal rights.

Looking among the tribunal’s defendants, I see single moms scraping a living together waxing people’s genitals for low wages, now forced to defend themselves in court. I’m reminded of the false bogeymen that live in cisgender people’s minds, and how Ms. Yaniv, who has been demeaning to immigrants on social media and allegedly harassed the business owners, does nothing to diminish them. I’m seeing the hatred fill my inbox, amplified by her choices.

This is a crucial point: Being in a community is never armour against criticism for an individual’s actions. As I said, transgender women are women. As is the case for any broader demographic, that also means some transgender people are as susceptible to bad behaviour as cisgender people. So as we wade through the transphobia saturating the commentary around the case, context is still important – and that context includes a person seemingly disingenuously pursuing this as a human-rights issue.

But the law doesn’t choose the cases; the cases choose the law. This is an awful situation, to be sure – and the way forward is the pursuit of policies that prepare businesses’ staff for diversity while keeping them safe. Who knows where we’d be instead, if that was already the case. 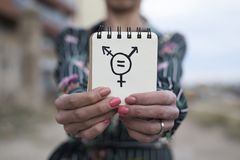 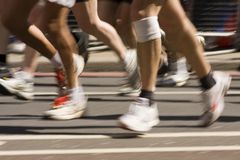 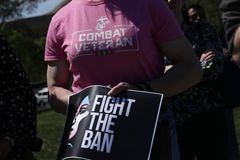