Six recently expelled students from St. Michael’s College School in Toronto have been charged with a slate of serious offences: assault, gang sexual assault, and sexual assault with a weapon. For now, the number of incidents being investigated at the all-boys private school sits at four.

The details of the incidents are horrific – at least one sexual assault was recorded, the video circulating around the school. What’s almost as disturbing to consider is the behaviour of some of the adults involved.

“You’re not helping. You’re a problem,” one irate mother told a CityTV reporter late last week, pointing her finger accusingly. Her main problem might be that the story went public: Media is how police learned about some of the incidents, since the most responsible adult, principal Greg Reeves, didn’t contact them immediately.

Parents are children’s first and most important examples of how to live in the world, with teachers close behind. But they aren’t the only role models. What the boys at St. Michael’s are learning is that the way to wield power is through cruelty – a message too many adults seem eager to share.

The chilling backdrop to the revelations out of St. Michael’s is a provincial government persistently targeting vulnerable youth. Ontario’s Progressive Conservatives recently eliminated the position of children’s advocate, which for the past 40 years worked with young people involved in the justice system and foster care.

Healthy sexuality is a direct target of this archaic government – one of its very first actions was to saddle teachers with a 20-year-old sex-ed curriculum. Ontario students are being kept ignorant about the lives of LGBTQ people and families, as well as the very concept of informed consent.

And, just hours after another allegation slipped out of St. Michael’s on Saturday, PC caucus members passed a resolution stating that gender identity isn’t “real.” At first, it seemed like that transphobic convention outcome was set to become official policy, but on Monday, Premier Doug Ford backtracked, saying that wasn’t his intention.

He hopefully won’t flip flop (as he has on LGBTQ issues before), since youth absolutely need clear, unwavering information on healthy relationships, resisting peer pressure and, yes, what it means to be gay: Some of the alleged incidents at St. Michael’s have distinctly homophobic undertones.

Eliminating modern sex education – which has been shown to reduce sexually transmitted infections, teen pregnancy and violence – doesn’t make any sense. So let me echo what American journalists have been saying about their government for months now: When those in power harm the less powerful for no good reason, it’s the very cruelty that’s the point.

The world is currently full of inexplicable meanness – hate crimes have been rising in Canada and elsewhere – so it follows that young people would absorb the idea that it’s acceptable to be cruel themselves.

This is why it’s unsurprising – but still sickening – to consider another story of pointless inhumanity, this time from Nova Scotia.

Earlier this month, 14-year-old Brett Corbett, who has cerebral palsy, was ordered to lie down in a cold Cape Breton creek. As at least 20 students watched, some capturing images on their phone cameras, a female classmate walked over his back. Those bystanders appeared to take dark delight in someone else’s pain.

Perhaps some of them had watched a 2015 YouTube clip of Donald Trump, then a presidential candidate, imitating a reporter with disabilities in front a cheering crowd. Both the FBI and British police report increased attacks on people with disabilities.

She said that most children’s basic personalities are entrenched by the age of nine: barring significant trauma, the teens who allegedly ganged up to sexually assault their classmate probably exhibited emotional detachment and indifference to cruelty for years. Their parents aren’t necessarily entirely at fault, but at some point, they didn’t fulfill their responsibilities.

At least one young Canadian is learning how to own his mistakes – in Cape Breton, the father of a boy who hurt Brett Corbett apologized publicly himself, after his son did so privately to Mr. Corbett’s family. At St. Michael’s, though, another mother eager to deflect blame on the school told cameras sharply that “there’s a bad apple in every crowd.”

But it’s a whole crowd that’s been charged, and a former student just wrote in The Globe that his time there was filled with verbal and physical harassment from teachers. It seems more likely that the rot traveled upward from the roots, infecting every branch and leaf on its way to the apples. 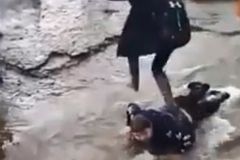 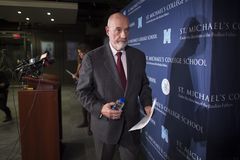 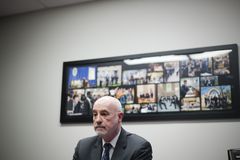