Declan Hill is an associate professor of investigations at the University of New Haven and the author of The Fix: Soccer and Organized Crime.

Somewhere in the world a family lives in fear.

Vitaly Stepanov and Yulia Stepanova are the original whistle-blowers who exposed the full extent of Russian state-sponsored doping at the heart of Olympic sport. Eight years ago, he was an anti-doping official, she a nationally ranked athlete. Together they waged their own campaign to collect evidence that almost the entire Russian sports system was saturated with doping and that the people who ran the corrupt operation were the very bosses of the country’s anti-doping agency and their political masters.

When they went public with this information, they had to flee Russia with their son and are now in hiding. Public opinion in their own country has been whipped up against them to such an extent that they regularly receive death threats and their families have disowned their actions.

However, their work catalyzed a series of superb investigations by Canadian lawyer Richard McLaren and his team, exposing a venally corrupt system in which most Russian Olympic athletes had little choice but to dope.

Over the past five years, Mr. McLaren’s findings have been met with a series of watered-down decisions by the International Olympic Committee and other sporting authorities that, effectively, let the Russian sporting establishment off the hook and allowed its athletes to compete at the last Winter and Summer Games.

While all this milquetoast sporting diplomacy was going on, a string of espionage plots that seemed straight out of a John le Carré spy novel compounded the Stepanovs’ fears. Agents from the successor to Vladimir Putin’s KGB, the FSB, engaged in sustained spying on sports officials and systemic hacking of Canadian and international anti-doping data banks. There were also the convenient, at least for Russian sports authorities, unexplained deaths of former key officials.

To be clear, no one claims that doping does not happen in other countries, but the Russians were caught in what the U.S. investigator who brought down Lance Armstrong described as “the most egregious doping fraud in the history of sport.”

Four months ago, the Russian anti-doping czar was effectively fired after he said the current system in Russia was still broken.

Now the world has just heard the latest chapter in this ongoing saga, and once again it is a betrayal of clean sport.

The supreme court of international sport, the Court of Arbitration for Sport, announced Thursday that Russian athletes will be allowed to compete at the Tokyo Olympics next summer. It did so after a hearing that featured a series of photogenic Russian athletes pleading tearfully that they had never been caught doping so it was unfair to ban them from the Olympics.

While some Russian athletes may have competed cleanly, many of their potential drug cheats have never been caught because the system aggressively prevented them from being caught.

The announcement was accompanied by a kind of means-nothing compromise beloved of bureaucrats everywhere. Russian athletes and officials, including, presumably, some who helped direct the doping system, will be able to compete and attend the Games, just not as “official” Russian delegates. They will not be able wear the Russian uniform or wave the flag.

It is a disaster for any athlete who wants to compete clean.

What does the colour of a T-shirt matter to a non-doping athlete who loses to a doped competitor shielded by their own government? It does not make the taste of defeat any better. It does not make sponsors hand over lucrative contracts.

The clean athletes trained, ate, drank and sacrificed for their goals, and their competitors don’t just get to cheat – their cheating is covered up with the active complicity of the sporting system.

Athletes know this and are, in some cases, furious. The last few years have witnessed a series of dramatic confrontations on victory podiums between clean competitors and alleged dopers. These events have caused so much controversy that the IOC has specifically banned athletes from making any statement – beyond the “I love my Mom and coach” kind – while receiving their medals at the Tokyo Olympics. The dread that keeps IOC officials up at night is that a clean athlete will confront a doped rival before the whole world.

Thus the very organizations that run the Games are allowing the cheating to continue. 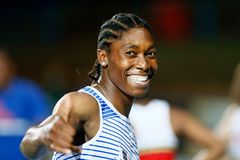 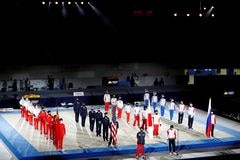