Carolyn Harris is an instructor in history at the University of Toronto School of Continuing Studies and the author of three books, including Raising Royalty: 1000 Years of Royal Parenting.

On Jan. 8, Harry and Meghan, the Duke and Duchess of Sussex, abruptly announced on Instagram that they “intend to step back as ‘senior’ members of the Royal Family and work to become financially independent, while continuing to fully support Her Majesty The Queen" – intending to divide their time between the United Kingdom and North America. As they have just returned from an extended private visit to Canada, the statement implies that they will spend significantly more time there in the future.

The news came as a shock to royal watchers and even, it appears, to the royals themselves; Buckingham Palace responded cautiously, saying that discussions regarding the Duke and Duchess’s future roles were “at an early stage” amid reports that no royal family member had been consulted prior to the announcement. But in the long, rich history of the monarchy, Harry and Meghan aren’t even the first royal family members with ties to Canada to consider stepping back from their duties in pursuit of lives that were very different from the expected pattern of public engagements.

And, through all those familial dramas, one thing has remained intact: The monarchy – the vital institution itself – has adapted, survived and thrived.

In 1919, on a visit to thank Canadians for their contributions to the allied efforts during the First World War, King Edward VIII – still Prince of Wales at the time – purchased a ranch in Alberta. “I came to Canada as a Canadian in mind and spirit,” he said in Calgary, "and I am now rapidly becoming a Westerner.” He even wrote to his mother that he would like to spend a few months working on the ranch because “that is real life.” Edward’s father, King George V, was skeptical of the purchase, believing that his son would face pressure to purchase properties in the other Dominions, such as Australia and New Zealand.

The purchase was just one of a number of decisions suggesting that Edward doubted his royal future in the 1920s and early 1930s. He became increasingly critical of royal life and questioned the value of his constant tours and public engagements. And upon his accession to the throne in 1936 after the death of his father, he proceeded to abdicate less than a year later to marry an American, Wallis Simpson, a woman who the British government deemed unacceptable because of her status as a divorcee.

The abdication of a king was an enormous test for the monarchy, but it was able to recover even from this. Edward was essentially removed from royal duties after a term as governor of the Bahamas in the 1940s intended to keep him out of Europe during the Second World War. Subsequent monarchs have even adopted aspects of his approach to overseas tours, to make what had been seen as aberrations part of the institution: Edward’s brother and successor King George VI became Head of a Commonwealth of Equal Nations, a role that is important to the current monarch, the Queen. Other members of the royal family present themselves as Canadians in Canada and adopt a similar approach in the other Commonwealth realms.

The same year that Edward purchased a ranch in Alberta, Princess Patricia of Connaught became the first 20th-century princess to have her wedding in Westminster Abbey. As a granddaughter of Queen Victoria, she was expected to marry one of the monarchs of Europe; on a tour to Spain and Portugal in 1905, crowds in both countries welcomed her as their potential future queen. Instead, Patricia accompanied her father Prince Arthur, the Duke of Connaught, to Canada during his term as governor-general from 1911 to 1916. She became a popular public figure in Canada, becoming honorary Colonel-in-Chief of Princess Patricia’s Canadian Light Infantry and even appearing on the $1 bill in 1917.

However, after her return to Britain, she married her father’s commoner aide-de-camp, Commander Alexander Ramsay – which was hailed in the press as a Canadian royal romance because he had proposed in Nova Scotia – and decided to step away from royal duties. She stopped using the title of Princess and became Lady Patricia Ramsay, devoting her time to her family and art – she raised the profile of the arts in Canada when she exhibited her own paintings in Canadian art exhibitions – while keeping up the patronages most important to her, such as her regiment in Canada. In 1964, she made a rare official visit to Canada to celebrate the 50th anniversary of her regiment.

Patricia’s decision to step back from duties was part of a streamlining effort to feature a smaller number of working royal-family members: Her cousin King George V restricted the title of HRH Prince or Princess to the children and male-line grandchildren of monarchs in 1917. And this moment in history is instructive today, too: Harry and Meghan’s decision not to pursue the roles of senior members of the royal family and the absence of a title for their son Archie suggests that the move may have been influenced by Prince Charles’ reported desire to streamline the family even further under his reign, in keeping with the other monarchies of Europe where the monarch and heir undertake the vast majority of public duties, leaving a vastly diminished public profile for more junior members.

Despite all the palace intrigue, Harry and Meghan’s decision to step away from roles as senior members of the royal family is yet another reminder that, while the drama and the individuals involved are always fascinating – fuelling tabloid frenzies and Netflix TV series – the institution of the monarchy always comes first, always wins and always endures. 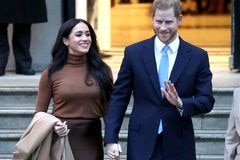 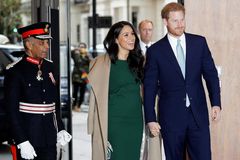 Prince Harry and Meghan to step back from roles as senior members of Royal Family
Subscriber content
January 8, 2020