French President Emmanuel Macron walked among the ruins of Beirut’s port this week – his second visit there since an explosion last month thrust Lebanon even deeper into an economic and existential crisis from which no one is sure it can ever emerge.

The French leader revisited Beirut vowing to never to give up on the Lebanese people, leaving many of his own citizens wondering just why he is stepping into what is widely seen as a quagmire. Lebanon’s ruling class has proved itself both incompetent and untrustworthy. What makes Mr. Macron think he can change that now?

Mr. Macron has chosen to tread where no other major world leader has dared since the Aug. 4 warehouse fire that ignited ammonium nitrate stored in the port, leading to a blast so powerful that much of the surrounding neighbourhood was destroyed.

At least 180 people were killed, thousands more injured, and an estimated 300,000 left homeless. In a country already buckling under an economic collapse, a massive refugee population and the novel coronavirus pandemic, the explosion and the negligence that led to it have exposed the rot and corruption that have left Lebanon flirting with failed-state status.

Yet besides the sense of responsibility toward Lebanon that inhabits all French presidents – the country was a French protectorate following the First World War until its independence in 1943 – Mr. Macron seems preternaturally attracted to trying to crack nuts no one else can. He has pushed through labour and tax reforms in France that had stumped his predecessors. He might have already overhauled the country’s pension system had the pandemic not gotten in his way.

Trying to restore order to Lebanon – much less a functioning economy and government – is another matter altogether. The country’s sectarian elites have long put their own interests and those of their cronies above everyone else’s. The rise of the Iranian-backed Shia militant group Hezbollah has made a bad situation worse. Hezbollah, which is considered a terrorist group by the United States and Canada, seems more interested in arms-smuggling and the destruction of Israel than the welfare of the Lebanese people.

The impossibility for any U.S. administration, Democratic or Republican, to engage with Hezbollah as much as his own limitations helps explain why President Donald Trump remained on the sidelines as Lebanon slid into chaos over the past year.

Lebanon’s banking system, which has been widely compared to a state-sponsored Ponzi scheme, is now on the verge of collapse. The country’s currency has lost 80 per cent of its value against the U.S. dollar. Even before the explosion, more than half of the country’s population of about seven million was living in poverty, up from a third a year ago; that figure will rise further in the coming months.

If Mr. Macron has stepped into this breach, however, perhaps it is because only he can.

According to a report in the French daily Le Figaro, Mr. Macron this week became the first French president since Hezbollah’s 1982 creation to meet one of its leaders during an eight-minute exchange with Mohammed Raad, who heads up the group’s political bloc in the Lebanese parliament. “I want to work with you to change Lebanon,” Mr. Macron reportedly told him. “But [you must] prove that you are Lebanese.”

Lebanon urgently needs a bailout from the International Monetary Fund. But the IMF has set strict conditions that need to be met before it advances any funds, starting with a government that is stable, accountable and transparent. The longer the aid is delayed, the deeper the agony of the Lebanese people gets.

The rapidity with which the country’s Shiite, Sunni and Christian political leaders this week settled on the selection of a new prime minister, naming former diplomat Mustapha Adib to the post, suggests Mr. Macron’s efforts may not be entirely in vain. In the past, the choice of a head of government has typically only happened after months of difficult negotiations and payoffs as Hezbollah leverages its veto over such matters.

Mr. Macron gave Mr. Adib two weeks to form a new gouvernement de mission (a kind of wartime government) with a mandate to implement widespread reforms to restore stability to the country’s financial system and root out corruption. The French President has promised to hold an international conference in Paris next month to draft an aid plan for the country. And he has vowed to return to Beirut in December to inspect the progress, or lack thereof, on the ground.

“It’s a risky bet I’m making. I’m aware of it,” Mr. Macron told Politico’s European edition as he headed to Beirut this week. “I’m putting the only thing I have on the table: my political capital.”

It says something about the kind of leader that he is that Mr. Macron is willing to take the risk. If he fails, he will wear it. But if he succeeds, he will deserve a Nobel Peace Prize. 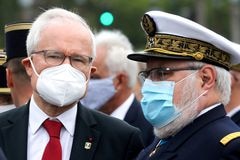 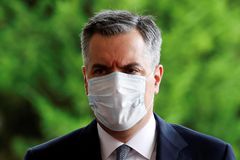