Lewis MacKenzie, a retired major-general, was the first commander of UN peacekeeping forces in Sarajevo.

So, the United Nations has officially requested Canada provide helicopter support to its floundering “peacekeeping” mission in Mali. Okay, but that is not the full story – far from it. You see, the UN never makes a formal public request for support from a country that is turned down. This would be too embarrassing for both parties.

In this case, Canada spent an enormous amount of time and effort to study, research, liaise, travel and debate internally before it publicly promised to contribute a modest force of some 600 souls to help out somewhere in the multitude of possibilities in Africa. The UN was pleased with the expectation that a small battalion of our highly capable soldiers would be sent to one of the three major UN missions to augment the Third World contingents currently doing the dirty work on the ground. After months of inexplicable foot dragging, the private negotiations with the UN resulted in Canada agreeing to a formal request for some helicopters. The UN was disappointed, but at least it was an actual commitment somewhere on the horizon.

Once the modest pledge had finally been announced, the subsequent public political pronouncements contributed even more to embarrassing our country at home and abroad. Having taken more than a year to come up with the commitment, we were told ad nauseam that while Mali was the most dangerous of the UN missions in Africa, our folks would be safe by avoiding the IED threat and ambushes by the insurgents.

Now I come to the crux of the matter: risk. In any sane planning process involving deployments into hostile territory, the first question that needs to be answered is, “What is the aim of the mission we are about to join?” The second question must be, “What is the chance of success?” When those two questions are answered in a positive, satisfactory manner, then planning for the Mali mission should continue. However, the misleading answer to the first question has been, “to contribute to the peace process,” which is ridiculous in the extreme, as there is no functioning peace process. With regard to the second question, the answer is “absolutely none.”

When the aim becomes clear and is determined to be in Canada’s best interests – including the ethical issue of protecting innocent victims who need our help – then proceed. Gaza, Sinai, Cyprus, Cambodia, Sierra Leone, Central America and Sarajevo are but a few examples of missions where risk was accepted as a given.

In the case of Mali, our government’s obsession with avoiding risk and actually advertising such is a clear indication that the decision makers do not believe the objective is achievable. Regarding the chance of success, the predicted end to the Canadian mission is our own self-declared end date of one year – no matter how serious the situation is on the ground or in the air at the time. Success has nothing to do with our departure.

Mali is a classic dog’s breakfast. In fact, it’s a dog’s breakfast discovered after he’s been sick. First, there is the on-again, off-again civil war that’s been raging since the coup born of NATO’s ill-founded attack on Moammar Gadhafi’s forces in 2011. Second, there are competing insurgencies and terrorist groups sometimes fighting each other and other times linking up to advance their own short-term self-interests. There are multiple international missions operating in the country with different aims, some of which are actually achievable: the mission of the effective French operation is to kill as many of the insurgents as possible. For others, it’s to protect some isolated communities vulnerable to attack. Some are not sure what the aim is, and hunker down in their base locations. The compelling and illustrative fact is that none of them want or will agree to operate under UN command and control, realizing that the UN is experiencing serious challenges in leading its own force of 16,000.

Before Canada deploys to Mali, let’s be told what the actual objective is. If it’s to support the so-called stalled peace process, that’s not good enough. If it was to be the protection of a small geographical populated area under threat, then fine, deploy Canadian boots on the ground to do so. If it’s to win some UN brownie points with a modest, low-risk contribution for future consideration when it comes time to seek a rotating seat on the Security Council, then stay home. Soldiers aren’t political pawns – at least they shouldn’t be. 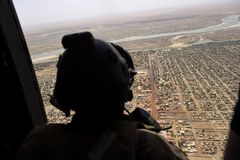 Opinion
The importance of Canada’s mission to Mali
March 29, 2018 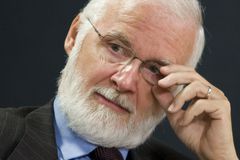 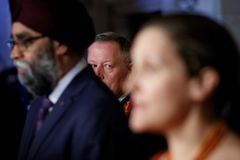