Sarah Kessler is the author of Gigged: The End of the Job and the Future of Work.

You probably don’t think of Sears as a “gig economy” company. But the store outsources its customer service to a specialized company, which contracts that work to a small business. And that small business hires independent contractors – who have no direct connection to Sears – to answer phone calls about broken air conditions and heaters.

It’s technology that enables this odd nesting doll of employment: from the unpaid, weeks-long online training courses freelance representatives are required to take, to the digital platform where a crowd of workers claims shifts for the coming weeks, to the online databases representatives use to look up information about appliances.

There has been much debate over how big the “gig economy” really is, but this is the wrong way to look at it. The Silicon Valley mobile apps that dispatch independent workers to transport customers, walk dogs and pick up dry cleaning aren’t creating a new category of employment. They’re creating new capabilities that are equally feasible for Sears, a small restaurant or even NASA as they are for a tech startup. Temp work isn’t new. Freelancing isn’t new. Outsourcing isn’t new. With digital technology, all of these employment strategies are just becoming faster, more convenient, and possible in more scenarios.

Companies such as Uber and Lyft – the ones that come to mind for most people when they hear the phrase “gig economy” – may make up only about 0.5 per cent of U.S. employment, according to a study by economists at Harvard and Princeton. But these companies are far from the only examples of how digital apps, remote work, online freelance platforms and matching algorithms can make it easier to get work done without hiring traditional employees.

If you’re looking for an independent management consultant, a lawyer, a CPA, an interior decorator, a software developer, a security guard or an advertising creative, there’s an app for that. These online freelance databases don’t break jobs into tasks, the way that Uber automatically hires drivers for one ride at a time. They’re not even “on-demand.” But they do lower the barrier to finding and hiring independent workers.

Similarly, Wonolo, an on-demand staffing agency, uses mobile phones to route temp workers – not necessarily freelancers – to clients such as McDonalds and Marriot, filling their open jobs in four minutes. According to the company, it took traditional temp agencies days to fill the same types of jobs. Similar apps with names such as Jobletics, Hyr and Jitjatjo provide temp workers to the restaurant industry. For hotels, there’s an app called Pared.

In another twist of the technology-aided “gig,” NASA regularly posts challenges online that anyone can try to solve. In one example, 459 people worked on optimizing a joint for affixing solar panels to the International Space Station. But only those with the most feasible solutions shared the $30,000 reward. I’m not sure of the going rate for a NASA engineer, but my guess is that you could not hire 459 of them for any amount of time with $30,000.

New technology can help slot and manage freelancers – who the law insists are supposed to work independently – into service-oriented tasks by, for example, automatically adjusting pay to incentivize them to work during certain hours (without actually scheduling them), or by using a rating system to sort who should be given the best jobs or “deactivated” from the platform. It is easier to rely on temp workers when they can be located and installed immediately. And it is possible to outsource a problem to a crowd of thousands of people located all over the world.

In the nineties, we called any company with a website an “internet company.” Today, when having a website is merely table stakes, that phrase sounds silly. I expect the same will happen with the term “gig economy.”

Traditional jobs are not likely to disappear any faster than offline stores are (nearly 25 years after the launch of Amazon, e-commerce is, after all, still only 9 per cent of U.S. retail). But the ways that technology make it easier to hire workers in alternate categories of labour are important, because these workers have fewer rights and benefits than traditional employees. Independent workers aren’t covered under social-insurance programs, and working as a temp often comes with the burden of uncertainty. That may not be a problem for rich programmers who pursue a freelance lifestyle, but it would be a huge stressor for the 40 per cent of Americans who, according to the U.S. Federal Reserve, could not handle a US$400 unexpected expense.

Modern societies developed social safety nets for a reason. When people feel safe, they do things such as start businesses and buy things, both of which are good for the economy. As it becomes easier to hire non-traditional workers, there will be fewer people covered by this sense of safety from which everyone benefits.

Editor’s note: A previous version of this article incorrectly said e-commerce still accounts for just 16 per cent of U.S. retail. This version has been corrected.

ROB Magazine
Is precarious work really as bad for the economy as everyone says it is?
June 22, 2018 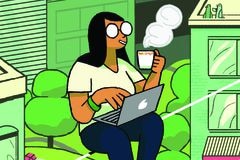 Opinion
‘Make yourself visible’: The age of the side hustle Subscriber content
June 17, 2018 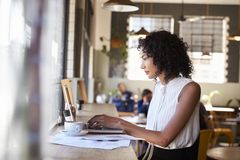