Elizabeth Renzetti
Published May 8, 2021 Updated May 8, 2021
For Subscribers
Comments
Text Size
Please log in to listen to this story. Also available in French and Mandarin. Log In Create Free Account

When my children were young, I witnessed the height of the Mommy Wars. Actually, because I was living in Britain, we called them the Mummy Wars, but the battle lines were the same. Were you a soldier in the rat race, working outside the home, or did you serve only your tiny, squalling, pink-faced generals? (And serve them only organic mush at that.)

In place of muskets and siege engines there were blogs and books, documentaries and panel discussions. Every decision a mother made could be weaponized, in a tale as old as time: Did your parenting involve plunking your toddler in front of Beauty and the Beast for the 100th time, or were you teaching her sums on an abacus? Attachment parenting or Ferberizing? Natural childbirth or “I’ll take one of every drug you have, please”?

This was one war that, oddly, did not seem to enlist men. They were conscientious objectors, wisely disappearing to the pub when called upon to have an opinion. Did the kid come back from the playground with all its limbs? Then everything was fine!

This rivalry was, of course, pointless and destructive, like all wars. But as with war, there was money to be made from pitting mother against mother. You could state your allegiance with the groceries or educational toys you bought, and then read about which side of the losing battle you were on when you picked up a glossy magazine.

Those useless fights happened during what should have been good times, a period of liberation and growth. How odd – and how heartening – to find a different, supportive relationship between mothers during the past year, which has in all other ways registered 100 on the crap scale. There is no doubt that the pandemic has been wrenching for mothers, and particularly those who were raising kids on their own or already vulnerable to society’s exploitative grinder. Nearly half of the Canadian mothers surveyed in a new poll by the Canadian Women’s Foundation say they’re approaching “their breaking point.” That’s not surprising at all.

But if the past year has turned mothers into some mythological beast – half dishwasher, half math coach, with Zoom screens for eyes – then it’s also taught us empathy for women in the same bind. If anything has helped me get through this period, it’s having other mothers to talk to about their exhaustion, their fears for their families, their hopes for the future. The gauze of Instagram has largely fallen away to reveal the scary reality behind, and that is oddly uplifting. It’s enough, sometimes, to be able send a text saying, “Am I losing my mind?” and get a response back, 10 seconds later, that says: “You and me both, sister.”

What if we could have had this supportive, non-judgy model all along? Think of the money we could have saved on designer strollers. This revelation came to me like a dazzling light as I was reading Suzanne Simard’s new book, Finding the Mother Tree: Discovering the Wisdom of the Forest, which reveals that the old ladies of the woods are onto something very important: Thriving depends on co-operation rather than competition.

Dr. Simard is a professor of forest ecology at the University of British Columbia, and a scholar of the interconnectedness of trees and their network of fungal assistants. (If you’ve read Richard Powers’ masterful novel The Overstory, you’ll recognize her in the character of Patricia Westerford, whose revelatory research into tree communications is first scorned, then celebrated.)

At the beginning of her career as a “forest detective,” Dr. Simard challenged the forestry industry’s notions about how trees compete for light and nutrients. Through various experiments, she discovered that clear-cutting techniques were detrimental in the long run since they removed other members of the forest community that actually aided in a tree’s growth, particularly the networks of mycorrhizal fungi that give and take nutrients from the trees they’re partnered with in a vast web. More than that, these organisms communicate with each other, sharing knowledge and resources. They are alive in ways that we’re only beginning to understand. Think of that the next time you call someone “dumb as a log.”

Dr. Simard’s research centres around what she calls “Mother Trees,” which are vast, ancient repositories of knowledge. They are the village that raises the children. They are not at war with each other, although they might be at war with us, who do not understand or value them.

“Our modern societies have made the assumption that trees don’t have the same capacities as humans. They don’t have nurturing instincts,” Dr. Simard writes. “They don’t cure one another, don’t administer care. But now we know that Mother Trees can truly nurture their offspring.” She adds, “They appear to relate to their offspring as do mothers passing their best recipes to their daughters. Conveying their life wisdom, their energy, to carry life forward.”

Okay, so the Mother Trees are kind of intimidating role models, I’ll admit. I have to pass on my nutrients and my wisdom? Oh, and also find some recipes? I guess you want them right now, too. It seems mothering never ends, even when you’re 200 feet tall and older than the country you live in.

I realized as I finished the book that the Mother Trees have another lesson for us: Somebody always wants to cut you down. But that’s not where the future lives. The future lives in standing together. 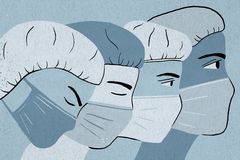 Opinion
The riskiest thing about my AstraZeneca vaccination was the ride there
Subscriber content
April 23, 2021 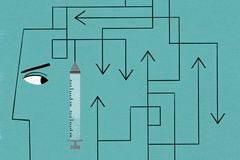 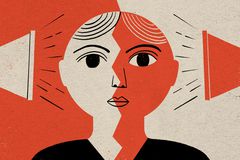