Gordon Robertson, Clerk of the Privy Council and Secretary to the Cabinet under the Pearson and Pierre Trudeau governments until the mid-1970s, has been described as the gold standard by which other clerks are judged. How does Michael Wernick measure up against the late Mr. Robertson’s gold standard, in light of his recent presentation before a parliamentary committee?

It is important to recognize that the current clerk operates in a much more challenging environment than the one Mr. Robertson operated under. Social media, 24-hour cable news channels, increasingly demanding transparency requirements and permanent election campaigns make it more difficult for senior public servants to operate than was the case 50 years ago. Today, the ability to manage the blame game is highly valued and it has become the responsibility of both politicians and career officials.

Reading Mr. Robertson’s Memoirs of a Very Civil Servant, one sees that he never felt the need to carry the prime minister’s political message, to act as a cheerleader for prime ministers by arguing that they were “always guided by trying to do the right thing,” or to tell a minister that the board of directors of a firm, whose interest is being debated, would be meeting shortly. Mr. Robertson wasn’t publicly critical of the media, leaving this to politicians. For Mr. Robertson, the job of clerk was not to be a political fixer for the prime minister, but to assist cabinet in shaping policy and striking decisions. He wrote that the role of the Privy Council Office was to support “the Prime Minister and the cabinet as a whole unit, as a vital aspect, maintaining constant relations with all departments of the government.”

Things are different today. Mr. Wernick, like many of the clerks since the early 1990s, wears the hat that gives him more influence and one that he wears nearly all of the time – deputy minister to the prime minister.

If we believe the testimony of former minister of justice Jody Wilson-Raybould, it is the hat that he wore in assisting the Prime Minister manage the SNC-Lavalin file. In his testimony before the parliamentary committee, Mr. Wernick said that the file was “never discussed at cabinet, never.” As head of the public service, Mr. Wernick’s responsibility is to represent the values of a non-partisan public service and to present evidence-based advice to the Prime Minister and cabinet. Ms. Wilson-Raybould testified before the House of Commons justice committee that Mr. Wernick said the Prime Minister was quite determined to go the route of a deferred prosecution agreement for SNC-Lavalin, and that the PM was “gonna find a way to get it done one way or another." The perception, at least, is that the clerk gave more weight to the partisan political interest of the Prime Minister than to the advice provided by a senior public servant – the director of public prosecutions.

Accountability requirements in government are akin to market forces in the private sector. Accountability in government, however, becomes murky when individuals wear more than one hat. The minister of justice wears two hats, while the clerk of the Privy Council wears three. If members of the House of Commons justice committee are truly concerned about the health of our political and administrative institutions, they should focus on this issue rather than trying to score or, conversely, deflect partisan political points.

Ms. Wilson-Raybould’s lasting legacy may well be putting a serious dent into the ability of prime ministers and their courtiers to govern from the centre – no small achievement. An important lesson learned for the current and future prime ministers is that there is a high political cost to pay when a strong minister leaves cabinet after she says she was subjected to inappropriate pressure from the PMO-PCO. The same, however, is not true when a powerful and trusted partisan adviser to the prime minister falls on his own sword, as Gerald Butts seemingly has. This, it seems, only matters to those inside the Ottawa-Gatineau bubble. The action of Ms. Wilson-Raybould may also stiffen the backbone of future cabinet ministers when dealing with close advisers to the prime minister.

Opinion
Look away. There’s no scandal here with SNC-Lavalin
March 6, 2019 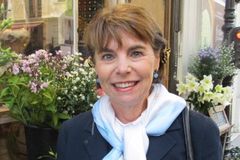 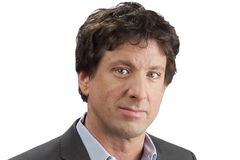