Since the #MeToo movement went viral in October, 2017, there has been a dramatic increase in people speaking out about sexual violence and reporting abuse. The movement, seen as an important turning point in the fight against sexual violence, has also prompted a discussion about how the criminal justice system fails victims. Survivors have referred to the process of reporting sexual abuse as retraumatizing, disappointing, even humiliating.

But there is an alternative: Restorative justice gives victims an opportunity to take back their power.

Sexual assault has long been one of the most underreported crimes, according to Statistics Canada. One in every seven cases of sexual abuse was found to be unfounded in 2017, twice the average of all criminal offences in Canada. Of the few cases that did make it to a trial, only 12 per cent led to criminal convictions.

Such failures of the criminal justice system explain why sexual abuse is the only category of violence in Canada that has not declined in the past two decades. It also explains why victims are seeking alternatives to a system in which they lack confidence.

Restorative justice, according to Jo-Anne Wemmers, a Canadian leader in the field and professor of criminology at the University of Montreal, aims to address harm by creating an environment for dialogue among the offender, victim and community. Two main forms of restorative justice exist: facilitated dialogue between an offender and victim; and communal conversations, which might involve groups of victims, offenders, intimate partners, families and communities.

Indigenous communities have been using alternative justice techniques for centuries. Within Canada’s legal system, restorative justice has existed since 1974. It has been used primarily in cases involving young offenders and, within the past decade, has been increasingly used for sexual crimes.

Prof. Wemmers says restorative justice allows victims to control their healing and take back their lives. Victims can question and get direct answers from their offenders.

Facilitated dialogue is more likely to lead to an admission of responsibility than the criminal system. R.E.S.T.O.R.E., a pilot program in Pima County, Ariz., found that offenders perceived restorative justice as superior to the traditional justice system. Victims also reported significantly higher rates of satisfaction and less post-traumatic stress.

Since #MeToo began, many restorative-justice programs have reported an increasing number of people coming forward and admitting that they have been perpetrators of abuse. Prof. Wemmers says restorative justice provides offenders with an opportunity to rehabilitate themselves by being held accountable for their actions and hearing directly from their victim about the harm they have caused.

Jennifer Beaudin, a program co-ordinator at Community Justice Initiatives (CJI) in Kitchener, Ont., says this process could take anywhere from a couple of months to years. This is because of the many considerations necessary to ensure a victim’s safety and to create an environment that helps equalize the power imbalances that often exist between participants.

Despite a strong push from restorative-justice advocates, programs remain scarce across the country. Ms. Beaudin says that the vast majority of participants in Revive, CJI’s program for restorative approaches to sexual harm, must seek it out themselves. Only on rare occasions are they referred by a counsellor, victim service or lawyer, she says, because restorative justice is not integrated into the criminal system.

The Shift Project, led by associate professor Lana Wells at the University of Calgary, aims to make restorative justice available for all cases of sexual harm across Canada. Prof. Wells says the project recently received $153,142 from the Canadian government for 18 months. Steps are being taken to co-develop a nationwide framework alongside restorative justice-advocates, experts and Indigenous leaders.

Prof. Wells says the aim definitely is not to create one single approach for restorative justice, as all victims have their own unique healing journeys. Instead, it is hoped a set of principles, best practices and training will be developed to help expand the use and availability of restorative justice in sexual-assault cases across the country.

Restorative justice may take years to become widely available in Canada, but its potential to revolutionize the healing processes for victims of sexual assault has become increasingly evident in the age of #MeToo. 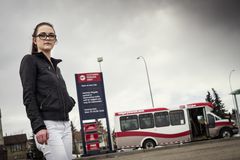 Opinion
Countering sexual violence as a weapon of war
October 8, 2018 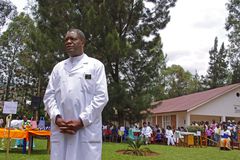 Globe editorial: A clearer picture of sexual violence in Canada, at last
July 25, 2018