Where are you least likely to die of a heart attack? In a taxi, because chances are your cabbie is a cardiologist.

This joke, often told in Montreal, plays on the urban archetype of the taxi-driving doctor. The idea is hardly new. Back in 1970, taxi-driving Globe and Mail journalist Peter Churchill described such cabbies as “immigrants who have struggled to Canada bearing their glittering recommendations and qualifications from places with unpronounceable names: doctors of law, medicine or philosophy who suddenly find they must keep body and soul together while the New World figures out what to do with them – or to let them do for themselves.”

Certainly there is no shortage of these drivers in Canada. According to a study of the 2006 census, the last time such an analysis was conducted, more than a fifth of immigrant taxi drivers had a postsecondary degree, compared with fewer than 5 per cent of Canadian-born cabbies. The study also showed that some 200 foreign-born taxi drivers had been doctors in their homelands. And Ontario is said to have more foreign-trained doctors driving cabs than anywhere else in the world.

Still, the vast majority of the men and women driving us around are not frustrated surgeons, pharmacists and engineers. I spent about a year meeting with taxi drivers around Canada to learn their backstories. None matched the cliché of the over-credentialled immigrant stuck beneath a roof light. I met no driver who grew up yearning to push cab – “no mother ever gave birth to a taxi driver,” one retired cabbie told me – nor did I meet any archetypal “road scholars.”

Every driver, though, possessed their own brand of genius.

The drivers I met all knew things I did not and survived things I could scarcely imagine. Conflicts I read about in history books or newspapers, the cabbies felt in their own bodies. They navigated complex systems of immigration or refugee camps or military courts. They survived Communism, the Holocaust and civil war. More than this, each was a problem-solver.

When Halifax cabbie and former Iraqi soldier Mo Jalil ran afoul of the Iraqi military for beating up a superior officer during the first Gulf War, he avoided prosecution by volunteering for a front-line post. He barely survived the assignment; his unit was shelled by the USS Missouri, the same battleship on whose decks Cher recorded her If I Could Turn Back Time video a year and a half earlier. After Iraq surrendered, Mo volunteered for an army desk job where he evaded his pending court martial by intercepting military court documents, requesting multiple transfers and otherwise burying himself in the military bureaucracy. It took two years before the courts finally caught up with him. “They found me through the accountants,” he told me, reminding me a bit of Al Capone.

Some of Hassan Kattoua’s protestations against Uber in Montreal showed genius. In 2016, Hassan hacked Google Maps and added his own cellphone number to the listing for Uber Montreal’s headquarters. He convinced the Uber drivers who called the “office” that the company was going out of business. In another inspired stunt, he marketed his cab as a “Taxipanneur.” He insisted that allowing Uber to steal customers from taxi drivers was akin to someone selling discounted beer and wine on the sidewalk in front of a dépanneur (convenience store). To illustrate his point, he started selling drinks and snacks from his cab and planned to apply for an alcohol licence. The police shut him down as soon as the taxipanneur made the local news.

Driving a cab can be inherently dangerous. Cabbies are murdered on the job at a higher rate than workers of any other legal profession – usually by their passengers. One of Hassan’s cabbie comrades in Montreal crafted a strategy to protect himself. If he has a carload of drunken or stoned passengers at three in the morning, say, he’ll blast through red lights at 100 kilometres an hour to convince them he’s too unhinged to mess with. Mean people don’t appear vulnerable, he reasoned, and neither do crazy people.

Michael Kamara lost his leg to a rebel bullet during the civil war in Sierra Leone and helped found the country’s first amputee soccer team. After immigrating to Halifax in 2007, he noticed how all the kids playing community soccer wore clean new uniforms – a luxury soccer-mad kids in Freetown did not have. So he called all the soccer team managers in Halifax, told the story of his life as an amputee player and collected their used kit. He loaded the donations into a Honda Odyssey he bought from a cabbie colleague and sent the whole lot to Sierra Leone on a container ship. Thanks to Michael, seven Freetown soccer teams have matching uniforms, and his former amputee squad has a team van.

The first English Jass Hothi learned was from the menu at the Tim Hortons where she’d applied for a job as a cashier. She and her husband, Amrit, then deftly navigated the hierarchy of low-paying jobs – airport shuttle driver, chambermaid, pizza delivery driver – before finally applying for their Calgary taxi licences. When Jass arrived at the taxi office to write her application exam, the skeptical manager warned her the test was difficult. She emerged from the examination room only a short time later. “See? I told you it wasn’t easy,” the manager said. Jass handed him the exam. She was finished. And she’d aced it.

Through smart decisions and a punishing schedule, Jass and Amrit built a life for their family. I’ve never worked as hard as Jass and Amrit or any of the taxi drivers I met. Nor would I want to. No one in the back of a taxi wants to trade places with the guy up front. Each driver crafted a life for themselves, and often for their families, through personal sacrifice and long, late hours spent at the wheel.

This fact didn’t surprise me. Most of us can recognize how hard taxi drivers work. We can imagine the drunks and bigots they calmly endure and we admire their blue-collar grind. These days, we can be grateful for their work at the terrifying front lines of the pandemic. Not only do they ferry us home from the house parties we should not be attending, they take us to and from COVID-19 testing appointments and vaccination centres. Every trip a potential risk. The reward a few measly dollars on the meter.

But we should also admire our drivers for their impressive intellects. Each cabbie I met was a plotter and a schemer. Bending every rule they didn’t otherwise break. Taxi drivers are chess-master of their own lives – a fact rarely revealed in the reflection of the eyes we see in the rear-view mirror.

Opinion
Faces of the Moss Park camps: How people left behind by their city found dignity together
May 15, 2021 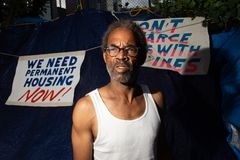 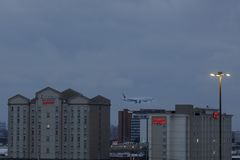 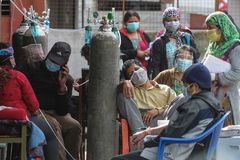