I grew up in an era where the prevailing parenting ethic was best expressed as, “If they’re still alive, we’re all good.” My parents took me to see The Godfather when I was a child – at a drive-in, no less, where I was smuggled in under a blanket. They once drove off and left me, a screaming toddler, alone in a sunflower patch, allegedly “by accident.” It all seems very Grand Guignol now, but it was just the seventies. I grew up to be a useful, stable adult who has never been convicted of any major crimes.

I’m also pretty sure my parents had no idea where I was between the ages of 16 and 18. I was meant to be studying and working to save money for university. If they did not see the 1.5-litre bottles of Kressmann and the cartons of Matinée Extra Mild that eased me along life’s thorny pathway, so much the better for all of us.

It’s all so much trickier now. Even as teenagers continue to indulge their ancient preference for hiding from adults – inside handheld devices these days instead of at the mall – we are meant to track them at every turn. We examine their digital spoor for hints about the things they’d rather keep private: Are they morose? Bullied? Putting a dog filter over their face and sharing it with their friends? Posting something inappropriate on Instagram that will, one day, keep them from being the leader of a Fortune 500 company or a Group of Seven nation?

Apparently, it’s fallen to parents to add this level of scrutiny to their already Sherlockian duties. I’m not ashamed to say that I had little idea about the world of “parental control apps” until recently, having laboured under the idea that as long as your children don’t have rickets and aren’t in juvenile detention, you’re doing okay at this whole parenting thing. How wrong I was.

I mean, the world of parental control apps – there are dozens of them out there, with names such as Qustodio and Net Nanny – wouldn’t be a huge and growing industry if there wasn’t a need to know precisely how badly your child is behaving online, right? Through them, you can keep tabs on your kids’ locations, read their texts, examine their browsing history. I mean, there has to be some basis for snooping on your children’s private thoughts and relationships besides the needs of these companies to keep you subscribing month after month. And if these software companies are producing “studies” about how dangerous the internet is, which then get picked up by mainstream media, that’s got to just be a coincidence, right?

I’d always thought I was a decent parent because I’d managed to overcome my terrible track record of killing houseplants and keep two humans alive into adolescence. But really, I was just getting failing grade, because I had never bothered to read my teenagers’ texts or pore over their browsing histories (I certainly wouldn’t want them looking at mine). I can barely find my own phone, let alone theirs. I’m not friends with them on Instagram or Facebook, and thus have no idea if they are the kind of responsible, sober and mature citizen I was at that age. I sometimes lecture them about misogyny on Twitter and the dangers of right-wing radicalization on YouTube, but then I worry they’ll need medical assistance from the strain of all that eye rolling, and I stop. They already know this stuff. They know it better than I do.

I know I’m a bad parent because Wired magazine told me so, in an article headlined I Monitor My Teens’ Electronics, and So Should You. Kids should have “no expectation of privacy,” Christopher Null writes, because monitoring their online lives could save them from predators and their own dumb decisions – and also because he pays for their phones. Any parent who doesn’t engage in similar espionage is falling down at the job. “It’s always been my position not only that parents are justified in monitoring what their children do online, but that it is in fact their moral obligation to do so. Failure to monitor your kids’ digital footprints is irresponsible parenting.” But what if you trusted them enough to come with you with their concerns about bullying, or weirdos, rather than watching over their shoulders?

I think I’d rather live with my slatternly parenting than this version of the Matrix, where every decision and interaction is filled with danger, and teenagers have no skills to think or decide for themselves. It’s an understandable anxiety, but not a new one: For as long as teenagers and technology have mixed, adults have been irrationally worried about the damage that would result – from the pernicious influence of radio and TV, comic books and records that contained invitations from Satan when played backward. Somehow those kids have managed to thrive, grow up and have children of their own to panic over. It is, as Elton John would say, the circle of life.

I’m wondering what it will do to teenagers – who must already feel like the most surveilled and fretted-over generation in history – to know that their parents don’t trust them with any amount of autonomy? We’ve squeezed our sad, middle-aged anxieties into every other realm of their lives – into their test preparations and university applications, into their sports and jobs and love lives. Perhaps they should be allowed to have this one corner to run dumb and free. They may even learn something about themselves while they’re at it.

Don’t be that parent: The etiquette of school holiday concerts
December 13, 2019 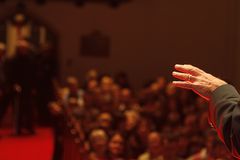 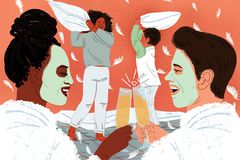 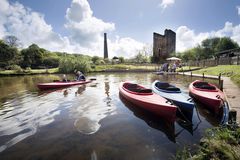