With Wednesday’s move by a division of SNC-Lavalin Group Inc. to plead guilty to a fraud charge involving its former Libyan operations, one of the most sordid sagas of political and corporate misconduct in Canadian history appears to have come full circle.

In the end, the scandal that rocked Prime Minister Justin Trudeau’s government for the better part of a year will have produced no winners, only losers. All the players – SNC-Lavalin, Mr. Trudeau and his entourage, and the lead prosecutors in the case – come out of it with battered reputations and little to show for what amounted to poor judgment.

The decision for SNC-Lavalin Construction Inc. to plead guilty to one count of fraud involving its defunct Libyan operations may look like a vindication of former attorney-general Jody Wilson-Raybould, who resisted efforts by Mr. Trudeau and his team to get her to overturn the prosecution service’s decision to take the company to trial. However, the outcome is at best a Pyrrhic victory for the now Independent MP. Charges against the parent company were dropped, suggesting prosecutors were not confident in their case.

Indeed, the result is not significantly different from what SNC-Lavalin sought to achieve when it lobbied Mr. Trudeau’s government for a deferred prosecution agreement (DPA) that would have put this case to bed more than a year ago. SNC-Lavalin Construction Inc. will pay a fine and face three years probation.

The guilty plea in Quebec Superior Court removes a dark cloud of uncertainty that has been hanging over its parent company’s future and spares SNC-Lavalin any further damage to its business operations that would have resulted from a long trial.

“While it is possible that the guilty plea by the subsidiary may present risks in the near-term, the company believes these risks will be manageable and does not anticipate that the plea will have any long-term material adverse impact on [its] overall business,” SNC-Lavalin said.

Still, this whole affair has already taken a devastating toll on the company.

Mr. Trudeau claimed to have been seeking to “protect jobs” in urging Ms. Wilson-Raybould to overturn Director of Public Prosecutions Kathleen Roussel’s decision to deny SNC-Lavalin’s request for a DPA, formally known as a remediation agreement. Under such a deal, SNC-Lavalin would have been spared both a trial and potential criminal conviction in exchange for paying a fine and undertaking measures to ensure it had improved its governance.

Since SNC-Lavalin revealed in October, 2018, that Ms. Roussel’s office had denied its request to negotiate a remediation agreement, the Montreal-based engineering giant’s stock price has plummeted by more than half. The political scandal swirling around the company decimated morale among its overwhelmingly honest employees. The charges the company faced involved the activities of a small handful of former employees who had been fired years ago.

As this scandal has dragged on, SNC-Lavalin has seen a steady exodus of talent and racked up heavy losses in many of its core businesses. It was forced to liquidate one of its best assets – a 10-per-cent stake in Ontario’s Highway 407 – to raise cash and pay down debt, and announced a decision to no longer bid on lump-sum fixed-price contracts.

The latter are the bread and butter of major engineering firms – SNC-Lavalin was the king of fixed-price contracts in Canada, overseeing projects such as Vancouver’s Canada Line and Toronto’s Eglinton Crosstown light-rail transit systems – and its exit from such contracts likely means the company will become significantly smaller. All of those jobs Mr. Trudeau insisted he wanted to protect may soon be gone anyway.

The company might have avoided this fate if Ms. Roussel had concluded early on that there was no reasonable prospect of obtaining a conviction of the parent company. Her questionable decision to take SNC-Lavalin to trial does not, however, excuse Mr. Trudeau and his entourage from intervening to overturn it. They came unacceptably close to crossing a line, and cast doubt on the independence of the judicial system.

Ms. Wilson-Raybould’s decision to refuse Mr. Trudeau’s entreaties may have been principled, but she should have seen them coming. As justice minister, she had overseen the very changes to the Criminal Code that paved the way for DPAs in Canada in the first place. The changes (contained in a 2018 omnibus budget bill) were made at SNC-Lavalin’s urging.

In the end, no one involved in this saga comes out of it exactly smelling like roses. 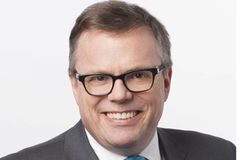 Opinion
He won. Now Justin Trudeau has to do better
October 23, 2019 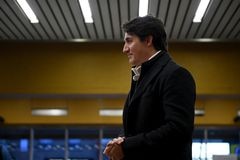 Opinion
Canada’s broken procurement system is a threat to the public interest
November 22, 2019 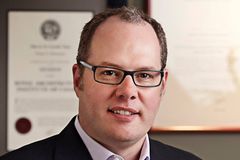