Lauren Sproule is a freelance multimedia journalist living and working in London.

The North Dumfries Volunteer Fire Department is small, one of the smallest in the province, and it sits on a hill in the village of Ayr, Ont. It’s generally quiet, except for the occasional rumbling laughter that comes from the break room, where a group of retired firefighters hunch around a rectangular wooden table playing cards. Their chuckles echo throughout the empty apparatus floor until the calm is swallowed up by the loud crackle of static and a woman’s flat voice announcing, “Alarm for Ayr, alarm for Ayr.”

Suddenly, the serene fire hall is overcome with activity as men both young and old begin filing into the station. They hurriedly don their gear and half-run, half-jog to the trucks as the roar of engines mingles with the whir of the garage door opening. The sirens yelp to life as the trucks’ great tires heave forward, rolling over the asphalt and down the hill toward the centre of town.

And just like that, they're gone. This symphony of emergency is finished almost as quickly as it began.

They may have to perform this concerto several times a day to protect their community, which is a reality for most volunteer firefighters in Ontario, who are paid little and remain on call 24 hours a day, 365 days a year, all the while maintaining full-time jobs, unlike their career-firefighter counterparts. These reasons and several others put volunteer firefighters at a greater risk of developing mental-health disorders such as post-traumatic stress disorder or depression, as proven by a handful of studies out of British Columbia and the United States.

While research into the mental health of first responders is in its infancy in Canada, one report out of British Columbia flagged several concerns when it comes to volunteer firefighters.

Melanie O’Neill, one of the authors of the report, says what is most concerning is this cumulative effect of the traumatic and stressful events volunteer firefighters experience and the impact it has on their psyches. Mental-health professionals have a growing awareness of the emotional and mental weight these firefighters can bear before the symptoms begin to manifest, whether it’s in addiction, depression or, sometimes, suicide. According to the Tema Conter Memorial Trust, statistics show that the number of firefighter suicides has risen in recent years, with more than 33 documented suicides since 2014.

While trauma is certainly not unique to volunteer firefighters, the additional stressors placed on them are. Volunteer fire departments typically operate out of remote communities, so they have less access to resources, training and support. Because not all volunteers are required to respond to a call, there may be fewer firefighters at the scene to assist. As the majority of these departments cater to farming communities in the countryside, it could take longer for paramedics or police to arrive at a call, leaving these men and women to perform varying degrees of first aid. Medical emergencies make up the majority of calls received by volunteer departments, as a report from the Office of the Ontario Fire Marshal indicates.

This lack of capital often leaves volunteer firefighters to their own devices. Some have held bake sales and community fundraisers to purchase better equipment, and a few others have attended additional training sessions on their own time, paid for out of their own pocket.

In 2016, the provincial government raised the alarm among the general public when it implemented the Supporting Ontario’s First Responders Act. This law, the first of its kind, stated that first responders are entitled to benefits if they are diagnosed with post-traumatic stress disorder. It also required all fire departments to develop a PTSD-prevention plan.

The issue here is that PTSD is one specific illness in a sea of stress injuries. Beyond this general misunderstanding, volunteer departments were given no guiding instructions by the Ontario Fire Marshal or the Ministry of Labour as to what the plan needed to entail.

Legislation was passed down from the Fire Marshal in early 2018 requiring additional certification and training on the part of all firefighters, both career and volunteer. And while the idea of this mandate was supported by some volunteer departments, the execution and expected timeline was generally a source of contention among volunteer firefighters. This regulation would require all of the province’s firefighters to be certified at a certain level, which they would need to attend and pay for on their own time and dollar. This requirement, however, was set aside by the Ontario Fire Marshal in October of last year.

An invitation has since gone out to all the fire departments in the province to join an advisory committee organized by the Fire Marshal, which is a welcome step; the fire chief of the North Dumfries Volunteer Fire Department, Robert Shantz, says it’s an opportunity for volunteer departments to have the province’s ear. Whether this committee will broach working conditions for volunteers remains to be seen.

The Ayr department is made up of plumbers, municipal workers and small-business owners, as well as a smattering of career firefighters and paramedics. North Dumfries, like so many of Ontario’s and Canada’s volunteer fire departments, is comprised of people who are required to pull mangled bodies from cages of twisted car metal or hold the hands of strangers as they watch the light leave their eyes. Then they pack up, go home and head into work the next morning. Some of them can still hear screaming or smell gasoline – phantom echoes of tragedies past that they carry with them every time they don their gear. So it isn’t so much a question of whether our volunteer firefighters need support, but how much.

How to break Western Canada’s accelerating cycle of wildfires
June 5, 2019 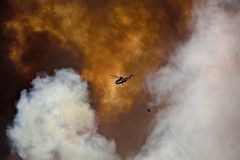 Opinion
Tackling the agriculture industry’s mental-health crisis starts with farmers like us
May 30, 2019 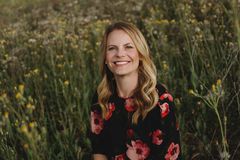 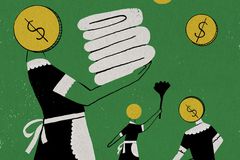