What presidents normally do on Thanksgiving Day is praise the heavens for America’s blessings. They issue humble proclamations. They emphasize the need for growth beyond material acquisitions.

“In the nation, as in the individual, in the long run it is character that counts," opined Teddy Roosevelt in 1905.

“As we have grown and prospered in material things,” said Calvin Coolidge in 1925, “so also should we progress in moral and spiritual things.”

Nice pieties. No one expected Donald Trump to show such a spirit of gratitude and he didn’t disappoint. In fact, he went beyond the pale, even for him.

Asked at his Mar-a-Lago estate what he was most thankful for on this Thanksgiving Day, he said it was himself and the great work he had done. “I made a tremendous difference in this country,” he said. “This country is so much stronger now than when it was when I took office.”

“Who knows himself a braggart,” wrote William Shakespeare, “let him fear this, for it will come to pass that every braggart shall be found an ass.”

One imagines the uproar from Canadians if their Prime Minister said on Thanksgiving Day that he himself was the one to thank.

After providing examples of why he was so magnificent, President Trump moved on to issuing non-thanks and insults to his adversaries while describing the world as terrible. Or make that, “vicious.” Refusing to blame the Saudi leadership, despite overwhelming evidence, for the death of Jamal Khashoggi, he targeted others. “Maybe the world should be held accountable because the world is a very, very vicious place.”

On the Roosevelt and Coolidge themes of character and moral and spiritual growth, President number 45 sounded a rather discordant note. He said it was more important for the U.S. to have the Saudi money from arms sales than to worry about human rights.

In the United States, this should be a happier Thanksgiving weekend than most. There are no big wars and a healthy economy. Wages are going up, people report they are better off, shopping purchases this weekend may well set records.

Yet as anyone who has even remotely followed the news is aware Americans are divided, the mood is fractious, people are suspicious of one another and the beliefs they hold. This prosperous country is on edge when, by comparison to the afflictions of other times, there is little need to be. And while it is becoming tiresome to focus on the great disruptor as the source of the distress, he keeps piling on the evidence.

No one sets the tone, the spirit, the mood of the country more than the Oval Office occupant. Presidents normally seek to reduce tensions. Damage control is at the top of their agendas. Remarkably Mr. Trump is the opposite. It’s as if he seeks to heighten tensions. He can’t put out his fuses. Damage inflation results.

Abetted by a controversy-dependent 24 hour news cycle, his confrontational temperament filters down through the great republic, driving wedges through the bonds.

It would have been a relief for many on this Thanksgiving for him to stay calm, give it a rest, to shut down the mouth just for a few days. But no way for that. There were more scores to settle.

The judiciary is an area where he has done well, scoring big victories in getting his conservative nominees, Brett Kavanaugh and Neil Gorsuch, confirmed to the court. If there was one thing he could be at ease about, this was it. But he couldn't let that rest either. A ruling from a lower court that Mr. Trump, who politicizes everything, didn’t like prompted him to blame it on an “Obama judge.”

That prompted an extraordinary rebuke from Supreme Court Chief Justice John Roberts. “We do not have Obama judges or Trump judges, Bush judges or Clinton judges,” he said. Mr. Trump wasn't taking it. The Chief Justice is wrong, he responded.

In the golden foyer at Mar-a-Lago he went on to boast about the many other glories he was bringing his country.

As in the days of the Roman empire, he appears to think that all the American people want are bread and circuses. Especially the circuses. 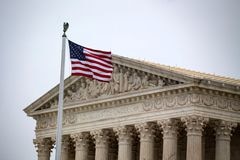 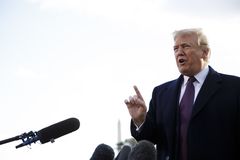 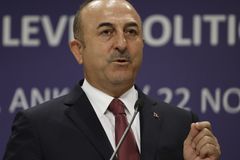