Entering the Québec City courthouse on the day mosque shooter Alexandre Bissonnette was sentenced, I was cast back in time to another day: when I arrived at the Centre culturel islamique de Québec, the morning after the heinous attack.

The street was eerily quiet with only the lights from police cars betraying the violent tragedy that had occurred hours before. What I remember most was the fortitude of the survivors and mosque leaders who would refuse to close their doors amidst horror.

I spent the better part of that day travelling around Québec City, visiting a hastily organized police hub at a local recreation centre, meeting community members and visiting one of the hospitals where some of the injured were sent to be cared for along with family and community members who were being treated for shock. That night, I attended the vigil in downtown Montreal, and I was heartened by the thousands of people from all backgrounds who braved the cold, bearing candles and signs that called for unity and peace.

As I sat in a crowded courtroom last week, Justice François Huot described the grim picture of the killer’s stark Islamophobic motivations. His “visceral hatred for Muslim immigrants” was nurtured by a steady online diet of anti-Muslim vitriol.

While life imprisonment for Mr. Bissonnette with no chance of parole for 40 years seems inadequate for the six lives that he brutally ended and those he maimed, what strikes even deeper into the heart of the Muslim community is the fear that we, as a country, have not learned much from that deadly episode.

Two days after the second anniversary of the Jan. 29, 2017, shooting, Québec Premier François Legault denied Islamophobia existed in his province – a denial, described by the CCIQ community as a “punch to the gut” that sent the message that hate against Muslims wasn’t real. This was quickly followed by the province’s new Minister for the Status of Women Isabelle Charest opining that the hijab worn by Muslim women as part of their religious convictions was a “symbol of oppression.”

Another day, another dog whistle directed at Muslims.

When I speak to Québec Muslims, they talk tensely about being accustomed to being talked down, to being vilified in the news media and to being viewed by the political class as useful foils and second-class citizens. In other words, the fertile ground upon which the deadly mosque attack was able to take shape continues to be watered.

Québec City police recently reported that two-thirds of all hate crimes in the city in 2018 targeted Muslims. In 2017, Canada saw a 151-per-cent increase in anti-Muslim hate crimes, according to Statistics Canada.

Across the country, troubling incidents continue to occur. Disturbingly, a group of men connected to far-right anti-immigrant groups recently visited two Edmonton mosques in a display of intimidation against the local Muslim community.

As we enter another federal election cycle, some politicians are still quick to stoke fear if it will earn them more votes at the expense of a rival.

Since the attack, we have naively insisted these voices were simply fringe elements of an otherwise open, tolerant society. But if the Bissonnette sentencing has taught us anything, we do ourselves no favours by failing to recognize how disproportionately loud and destructive voices can embolden those who may already hold Islamophobic, anti-Semitic, xenophobic or other hate-filled views.

Justice Huot referenced the profound wound left by the hateful mosque attack. Jan. 29 would “forever be written in blood in the history of this city, this province, this country,” he said.

As the hearing went on, I found myself asking: how do we ensure this doesn’t happen again? Mr. Bissonnette’s sentence won’t bring an end to the hate that started it all. Yet the macabre massacre detailed in court should give us the urgency that combating hate deserves.

Back in Québec City, two years later the painful trauma from that day still permeates the Muslim community. I saw it on the faces of the courageous family members and survivors and heard it in my conversations with mosque-goers. One cab driver told me he had removed his children from Qur’an classes at the mosque out of fear.

Whether Mr. Bissonnette’s sentence will be appealed remains to be seen. Walking out of the courthouse and into the darkening, snow-filled horizon, here is one appeal that we all have a stake in: ensuring Canadian pluralism sees a better, more secure tomorrow by taking action today. 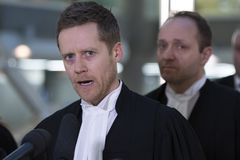 Quebec mosque gunman Alexandre Bissonnette sentenced to life in prison, with no chance of parole for 40 years
February 11, 2019 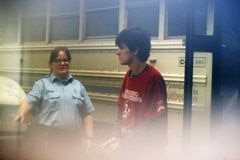