When the eligibility rules around Canada Emergency Relief Benefit first went live online, I found myself in the unusual position of ruing that I was making any money at all.

This was the baffling reversal of fortunes wrought by the first confusing days of the pandemic, in which layoffs, furloughs and business closings ran rampant and freelance work dried up. The federal government’s CERB promised to be a bridge of support, but details around who qualified didn’t get revealed until April 6. And when they did, my heart sank: I had to have received no income at all in at least 14 days.

I looked at my bank statement, where I saw a few deposits of three or five dollars – the tiny amounts people pay for a newsletter I write, just one of the many things I do as a freelance writer so I can earn a living. What I was immensely grateful for just a day before had suddenly barred me from help.

Thankfully, the federal government has since changed the requirements. Now, people earning less than $1,000 a month owing to the new coronavirus can also apply for CERB. But that the requirements were ever set up to require $0 of income suggests that freelancers or gig workers are simply not close to being top-of-mind for policy makers.

That’s antiquated and wrong-headed thinking that erases a significant and growing swath of our economy. In 2016, Statistics Canada pegged the share of gig workers at 8.2 per cent. Given that numerous major gig-service companies didn’t even exist in Canada at that point, that number is undoubtedly even higher now. And as the COVID-19 pandemic exposes the deep flaws in our society, perhaps it is time to confront the reality and structures of gig work so we can reframe how we think about employment as a whole.

Gig work isn’t new: Think of the neighbourhood handyman who would cobble together a living doing odd jobs, or musicians who would play on whatever stages or recordings they could find, or the various asks that filled up classified pages. But today, “gig worker” also refers to one of two kinds of labourers: either independent contractors who render services for online-platform companies, such as drivers for Uber or delivery people for Instacart, or self-employed freelancers who render services on an ad-hoc basis for a variety of clients in an array of industries, from creative to construction. And these sectors have rapidly grown in recent years, particularly owing to the proliferation of online platforms that rely on such workers to make their business models work, and their growing capabilities to deliver services and goods through the internet. The steady shift toward a digital world has moved freelance work from a niche spot in our economy to the mainstream.

The rhetoric around gig work from its proponents has long been sunny, too. “Be your own boss,” proclaims Uber; “opportunity is everywhere.” Restaurant-delivery app Foodora, which recently exited the Canadian market, promised drivers they could “reclaim your time” and “explore your city." There is good reason for skepticism here, but these promises tap into something legitimate: The upsides of freelance work lie in the freedom and flexibility it allows. You wouldn’t need to take many Ubers to hear stories of recent immigrants putting themselves through school while driving at night. And as many are discovering these days, the ability to work in sweatpants and not have a commute can significantly improve one’s quality of life. Gig work appeals because it precisely targets the independent-minded, entrepreneurial spirit.

Yet even before the pandemic, the mismatch between the rhetoric and the reality was stark. Although Uber is cagey with its numbers, most reports – whether from the Economic Policy Institute or simply on career sites such as Indeed or Glassdoor – put earnings at or below minimum wage. Food-delivery workers appear to make even less, with their cuts for each drop-off typically getting thinner and thinner over time.

But earnings are only half the story. After all, some gig workers earn minimum wage, but a freelance graphic designer might make significantly more. Rather, what the COVID-19 pandemic has done has made it clear that the gig economy doesn’t just outsource menial driving and delivery jobs to an underclass; it also outsources risk. When we use Instacart to order groceries or DoorDash or Skip The Dishes to order food in the middle of a global pandemic, we are making a clear choice: better that gig workers expose themselves to the virus than us. It’s a fact the workers themselves know. Instacart workers went on strike on March 30 and again on May 1, largely because the company didn’t come through with proper safety measures until such pressure was mounted. And while Foodora claimed that it was debt that drove it from Canada, its exit was announced just two months after its Canadian couriers had won the right to start a union.

One trouble lies in the very government designation for those who do gig work: independent contractor. This allows for the freedom that workers like me cherish, but it also means that gig workers don’t have the same formal and legally recognized protections and frameworks that employees do, which have been built up over the course of decades of labour activism. Freelancers, as the self-employed, are also left to fend for themselves.

And while Canada has a universal health care system and a program of temporary financial benefits in the form of employment insurance, too much of our social safety net still presumes a binary framework around employment. Either you have a job, with employer health benefits that cover prescriptions and ancillary health treatments such as massage, or you are out of work and thus on temporary or limited social assistance. While both the federal Liberals and the NDP have floated the idea of universal pharmacare, plans are still in their early days – and may be indefinitely postponed, given the costs of the COVID-19 aid and recovery packages.

Going forward, gig workers will require recognition within the legal and economic framework of the country. This unique employer-employee relationship needs particular legal protections, such as an emphasis on income stability and a revamped idea of EI that is more deliberately temporary and short-term to suit gig work’s sporadic nature.

The many upsides companies fund for regular employees – not just health benefits but important things such as pensions – likely need to be rethought with the state stepping in where corporations might once have. The tax system’s strict delineation between employer and employee must also be rethought when the gig worker is both at once.

This is important to do now not just in service of those who are freelancers, but because the number of freelancers will only grow in the future. Canada’s service economy and the rise of digital platforms have not only enabled gig work – they have also reshaped traditional industries and the way in which our economic life is organized.

Here’s the thing, though: I am a freelancer because of the freedom it affords me to live my life as I choose. That is the kind of individual choice that societies should foster. But the necessary flip side of liberty is a social safety net born out of collectivism, and in that we are still woefully behind when it comes to the precarious, scattershot and unpredictable life of the gig worker.

The COVID-19 pandemic hasn’t just shown how we react as a society in extraordinary times; it’s also revealed the cracks of society through which the vulnerable and the independently employed fall. It has been heartening to watch the machinery of government recognize this fact in unusual times, but as the wheels of history now turn and emerge into a postpandemic era, we also need to see that the armies of delivery people, media workers, drivers and more are seen as the unique and growing category they are – and not as mere vehicles for the things we want.

The future of the economy is freelance – but it is a future that cannot arrive until we rethink the very idea of what it means to have a job.

Opinion
This pandemic will reshape the social landscape – it’s just too soon to say how
March 29, 2020 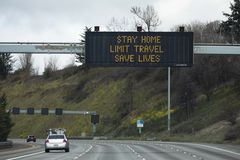 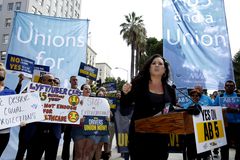